Commaful
Out on the sea, waves dancing for miles and miles ahead. It was a view Ven had always loved. She was practically raised in the water so she didn’t mind the long journey to the New World. So far the Commission had been everything she had wanted. A life of anonymity where only her skills as a hunter mattered. 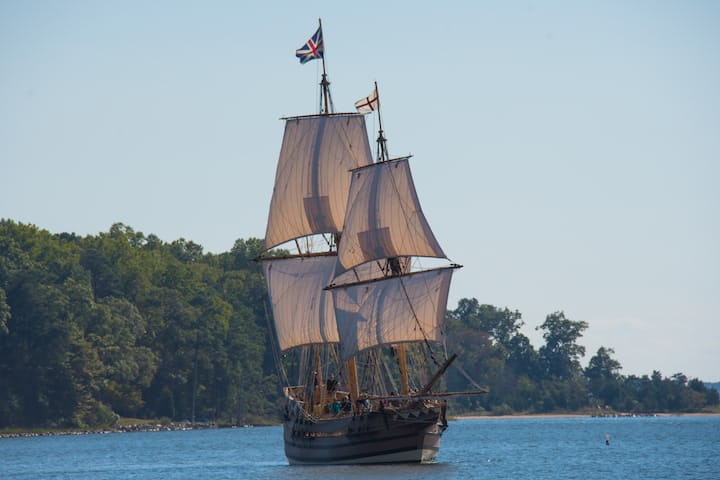 ktwolff As mad as a hatter🖤
Autoplay OFF   •   4 years ago
Transcript Use Images
Been playing Monster Hunter World a lot lately so decided to have some fun with some characters: Ven and Vess.
fanfiction fanfictionromancemonter hunteradventure nsfw adventure fanfiction

Out on the sea, waves dancing for miles and miles ahead. It was a view Ven had always loved. She was practically raised in the water so she didn’t mind the long journey to the New World. So far the Commission had been everything she had wanted. A life of anonymity where only her skills as a hunter mattered.

It seemed that the other hunters in the Fifth Fleet all wanted to form some lasting friendships by drinking their fill and telling boastful stories loudly. Ven left them to their revelry. She stood on the stern of the ship, all the way at its back, alone and watched the waves. Her black tresses moving in the sea breeze. She waved some stray pieces out of her eyes.

It was a hot day but she was used to the climate and her tan skin was well suited for the heavy sunlight. Ven closed her eyes for a moment, enjoying the quiet when she heard the sound of heavy boots beside her. She didn’t look over to the man but instead watched him out of her peripheral vision.

Tall, long red hair, pale skin, strong jaw. All around attractive but with the smirk of a scoundrel. He rested his arm on the railing and looked in the opposite direction from where she was looking, towards the people. “You know I can always tell who has never been on a ship before.” He said. She turned to look at the other hunters.

Many were wobbly legged, barely able to handle the movement of the ship. “For instance, that young fellow is about to throw up.” He pointed to a particularly ill looking blonde man. Sure enough he hung over the port side and heaved. Ven laughed a little, remembering a time when the same had happened to her. Long ago but still she empathized.

Without a word to the red haired rogue and she went towards the sick man, grabbing a cup full of water to bring to him on the way. “Go rest below deck.” She said as she softly patted his back. He nodded and followed her advice. The other man had followed her. “And I can also tell who was born on a boat. You belong out here like me.”

She noticed the ease in which he walked towards her. Still she had not made eye contact with him. “So you can tell when someone is about to be ill or is at ease on a ship yet you can not tell when someone was enjoying their privacy?” Her tone wasn’t harsh but she wasn’t joking about the fact that he was bothering her.

He noticed and lifted his hands in surrender. “Apologies. I’m Vess.” She said nothing. “Normally that’s when the other person offers their name.” “It’s private.” She found him a strange mixture of annoying and charming. Vess didn’t seem to mind her sharpness. He knew he wasn’t supposed to take it personally.

“It is a long journey. I think we’ll get to know each other better before we arrive.” His voice was smug. She finally looked at him in the eyes and she could see his reaction, the same reaction they all had. One of her eyes was blue and the other green; a sign of prophecy and magic in the Old World and to some a symbol of royalty.

Most people were just surprised and complimented her but Vess has a face of recognition that threw her off. He knew something about what her eyes meant. She turned away. She would have to be careful around him. “I’m going to leave now.” Ven went back to her area in the back of the boat. He gave her a little nod then went below deck. Somehow she knew he was right.They would be getting to know each other.