Commaful
Feet, pounding against the dry cracked ground, heart racing from adrenaline. The chase. She was focused, honed in on her target. They would not escape her blade. Tirsani kept her breathing steady so she would not tire before the one she was pursuing. 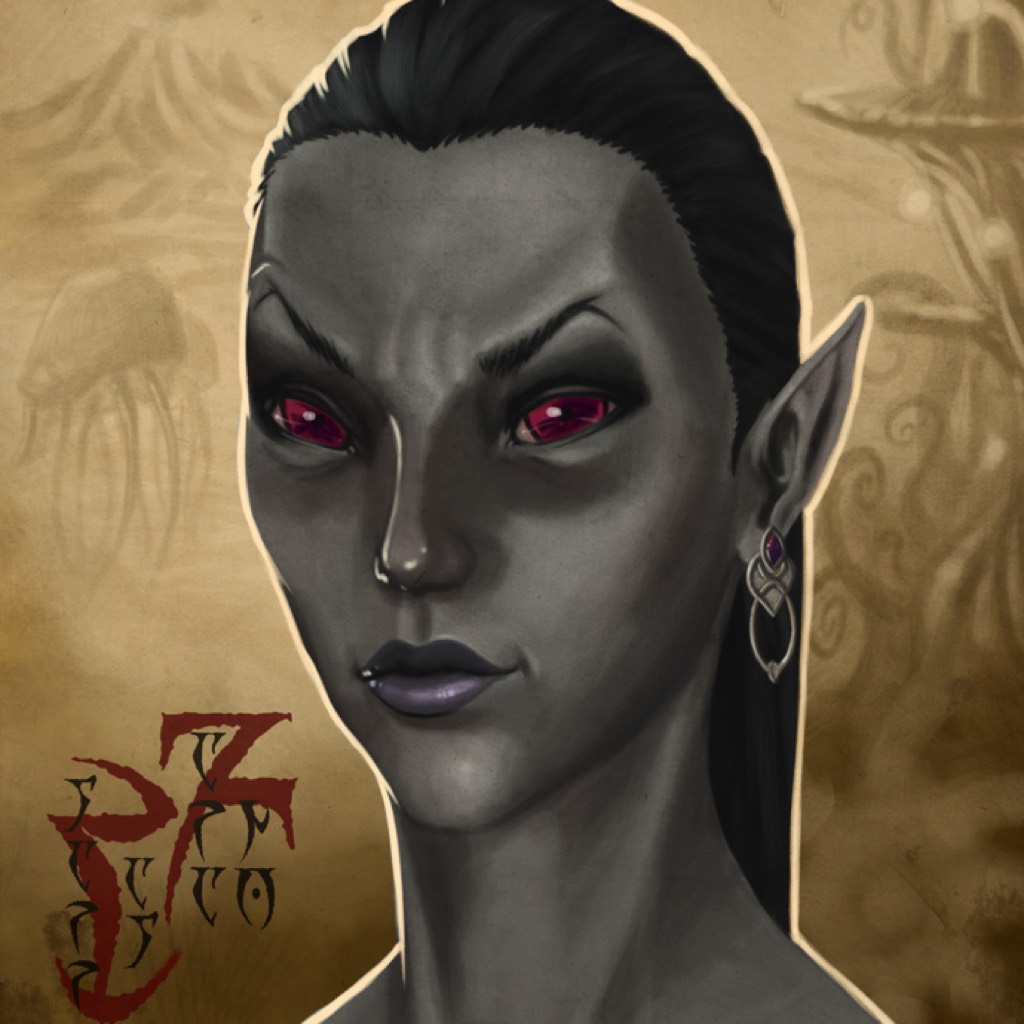 ktwolff As mad as a hatter🖤
Autoplay OFF   •   3 years ago
Transcript Use Images
Tirsani in action! It’s sorta graphic content I guess but she is an assassin so there’s got to be some killing obviously. Part 3
fanfiction actionfanfictiondark brotherhoodnaryu virianassassinelder scrolls nsfw action fanfictionelder scrolls fanfiction

Feet, pounding against the dry cracked ground, heart racing from adrenaline. The chase. She was focused, honed in on her target. They would not escape her blade. Tirsani kept her breathing steady so she would not tire before the one she was pursuing.

Normally she didn’t allow them to run. Her method was to shadow them, take them by surprise and let them choke on their scream. Easier that way. Less chance of getting discovered but she knew others favored more intense displays of blood. Kor, a Nord assassin in the Brotherhood, enjoyed engaging in full combat.

She had gotten this method from Naryu. She had suggested it to her during their last time together while they discussed the differences between their organizations. For the most part the Morag Tong and the Dark Brotherhood were similar except that Tong agents never killed without a contract. Ever.

The Brotherhood was a bit more lenient since every soul was theirs to send to the Void. Of course there were exceptions if the Matron or the Black Hand said otherwise but it was rare they interfered on lesser contracts. Because of the strictness of the Tong’s ‘only kill contracts’ rule...Naryu made the most of every one.

“Always so matter of fact, hero. Straight to the point of the blade. Draw it out. Let them feel the fear of being hunted. It’s dreadfully fun.” Naryu advised. Of course Naryu had her own set of rules. It was a fact of their profession, mostly in the Morag Tong, that not every contract deserved death. To the Brotherhood all deserved death. Death was a gift.

Still some deserved to be sent to Sithis in pain and some in peace and Naryu only punished those that deserved it.“I don’t like hearing them.” Tirsani confessed. “I don’t like to hear screams or pleading. I like their silence after it’s over. People are too loud.” That had made Naryu laugh. “Then how on Nirn do you love me?” “It’s different. You don’t annoy me.”

“Ah you spoil me with your eloquent words.” She had teased and continued to speak until Tirsani cut her off by putting her tongue in her mouth and continued to take her breath away...though once into it Naryu never was very quiet. But again Tirsani didn’t mind her sounds of passion. It was different. It was Naryu.

So here she was, chasing after her next victim, watching them fall into the dirt as they tripped over a rock. They must’ve twisted their ankle because they didn’t try to get up. Perhaps they had just resigned themselves to fate. Tirsani stopped running and walked slowly. It was a Dunmer male whose former slaves banded together to purchase his death.

By all accounts he was a horrible mer. She looked down on him and studied his face. He was terrified. They always were in those last moments. Whether they started confident on meeting death head on or were cocky thinking they could escape, in the end they all were scared. “Pathetic.” He spat at her. “Killing one of your own.”

She scoffed. “Murdering is a Dark Elf national pastime. No matter how terrible we are to the outside world, we are worse to each other.” She had known mer like him her entire life. Those that looked down upon everyone, writing them off as ‘beneath them’ and yet everyone looked the same when they died, him included.

“You’re afraid just like everyone else. Just like those that were punished beneath your whip.” Her words angered him but still he didn’t move. “I don’t have to explain myself to you, a nobody I’m sure.” Tirsani looked at the swelling under his sandal straps and slammed her foot down causing him to scream.

She swooped down, placing her hand on his mouth, muffling the sound. “I am here to give you the greatest gift of all. You should thank me. A gift you didn’t give to those you tortured all those years. You weren’t even decent enough to end their suffering.” He tried to speak but she gripped his mouth harder.

“Never again shall you bark order or hurl insults. I am the Silencer and this is my gift to all.” Quickly and without hesitation she sliced his throat. Blood splattered all over her as she watched the scream in his eyes as he died. Eventually he stopped moving and she laid him down. “Silence.” She wiped her hand on her pants but it was no use. There was blood everywhere.

Then she heard footsteps coming up behind her. Naryu had wanted to watch her work. “That was beautiful.” She said, her tone buzzing with desire. Tirsani turned, armed outstretched. “Look at this. My way is less messy.” “I think you need a bath.”