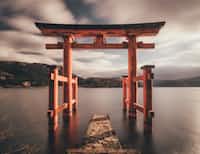 racketrodent Adventure seeker, hates boredom.
Autoplay OFF   •   4 months ago
Transcript Use Images
You may wanna grab some popcorn for this one. The date continues.

As Tsundere-kun and I walk on our date, he says something to me.

I had already told his father that we would go to the arcade to keep myself from coming off as indecisive, but maybe he had other plans in mind.

He thinks about what to do, but it's clear that he could come up with nothing.

After pondering it for a minute, he says, "I asked you first, baka.", with a smug grin.

"How about the arcade?", I suggest.

"So I can beat you again?", he arrogantly retorts.

With an anger vein popping out, I say, "We'll see about that. Let's watch how you act when you find out these games are way different than the ones you have at home.".

"Old games, new games, makes no difference to me. You're on.", he replies with a grin.

As we step in front of the arcade, there are a bunch of middle and high schoolers all lined up at various machines, waiting their turn: A typical weekend.

I was wearing a blue track jacket with an orange shirt underneath and blue jeans, while Tsundere-kun was wearing his father's denim jacket, and the same peach colored dress from the party,

except this time, he was wearing some worn out striped leggings underneath.

We both looked a bit out of place for the setting, as if I was heading to a sports club tryout, and he was a shade of lipstick away from being a textbook punk/emo.

"Are you sure you want to head inside? It's crowded.", I tell him.