Commaful
"i feel you" 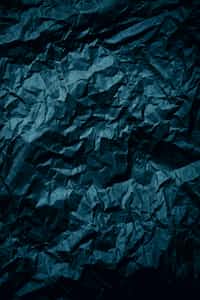 Yet another fight. Seeing my parents brawl for the fourth time that day, I wasn't able to take it anymore.

Mad not only that they failed to listen to me, but also listen to each other, I seized my bike keys and went to my hideout, the park.

Somehow, the thought of people running around, kids shouting, and birds chirrupings brought me tranquility.

Once I reached there, I sat on a bench ignorant that that day was going to change my life, mulling over my thoughts ruminating maybe my judgment had been wrong.

I looked around to try not to occupy my mind and saw a baby in a stroller.

It had dropped its pacifier and was crying loudly.

As I looked at the Mom who was too busy talking to a personage, a passerby took the pacifier, cleaned it, and placed it back in the infant's mouth.

After that, he started blowing raspberries and making peekaboo faces that eventually made the baby laugh. I found myself laughing at the sight. "Amusing, right?", I heard someone say.

I turned towards the sudden voice, bewildered. Sitting beside me, was an elderly lady with a cheerful but wrinkled face holding a stick in her hand looking at me, clearly waiting for an answer.

"Yeah. It is." I replied with a somber expression.

Intrigued at her forwardness, I knew that there was no harm in sharing how I felt.

Once I finished telling her about how my parents fought each day and how it disturbed me a lot, she calmly asked "Why do you think they do that? For whom?".

That question, I'll never forget to this day. As I kept pondering over the answer, she told me her story.

Her son whom she loved so very much dearly,

had suddenly left her one day and she has been waiting for him here in the park ever since because he had said that he'd come to this bench at 4 pm the day he had left.

As she said that it had been 5 years and she was still waiting, I felt a prick at the back of my throat.

I saw her staring at the void and somehow, I found myself looking through her, at her pain, and that pained me.

I felt as if I had become captive to an unfilled void in my heart and I felt the longing for something that I was unaware of.

We talked a lot that whole evening and as I returned home, I felt this rush of happiness that I had made a friend that day.

When I returned home, I saw my parents forgive each other, and whilst I was watching that, I found myself forgiving them. Then, the answer to the lady's question came to me.

"For me", I whispered to nobody.

Several months, I rode to the park, longing to meet my friend from whom I had learned more than I could have ever imagined. Stringing along, I sometimes went to her home.

She was a friend I made that I never knew I had to make. "May I ask your name?" I asked when she was talking about the paintings hung on her white wall.

"Would that do anything? Would that change anything?" she asked. "Um..no?" "Then the mystery continues!" she exclaimed and continued talking about the paintings.

One day, I went to the park to meet her. I was slightly astounded that she wasn't there. I rode to her home, only to receive a ghastly surprise.

There, lay her body, motionless on the ground, surrounded by her weeping neighbors and servants. She had no relatives and her son wasn't there.

Standing there dumbfounded, I tried waking myself up, hoping that it was a dream. But, it wasn't.

The worst feeling in life is when a person who helped create the most amazing memories, becomes a memory.

Somehow, this lady, whom I didn't even know the name of, became my memory and it bothered me to the core. I grieved a lot that day.

I saw her name. Isabella mason. I rushed out the door, crying my eye out. I looked into my watch. 3 pm. I rode to the park as fast as I could. I waited till 4 and saw nobody.

It had been days and I was waiting for Isabella's son.

I was sitting there on the bench writing in my diary. 4 pm. I heard footsteps behind me. I turned and saw a middle-aged man. "Have you seen any old lady on this bench? Her name's Isabella.

", he said. Trying not to get carried away with my emotions, I replied in a somber and angry tone, "She's dead. And, you never bothered to notice. She waited for you for years.

" Leaving him alone for him to realize his mistake and grieve, I rode off on my bike to the cemetery. I went to Isabella's grave. "He got the message. Rest in peace, Isabella!".

Downcast, I sat beside her grave and kept talking to her as if she was alive and sitting beside me. I rode home happy, that day. Empathy. Empathy caused all this.

And, I am elated to have done it for her.