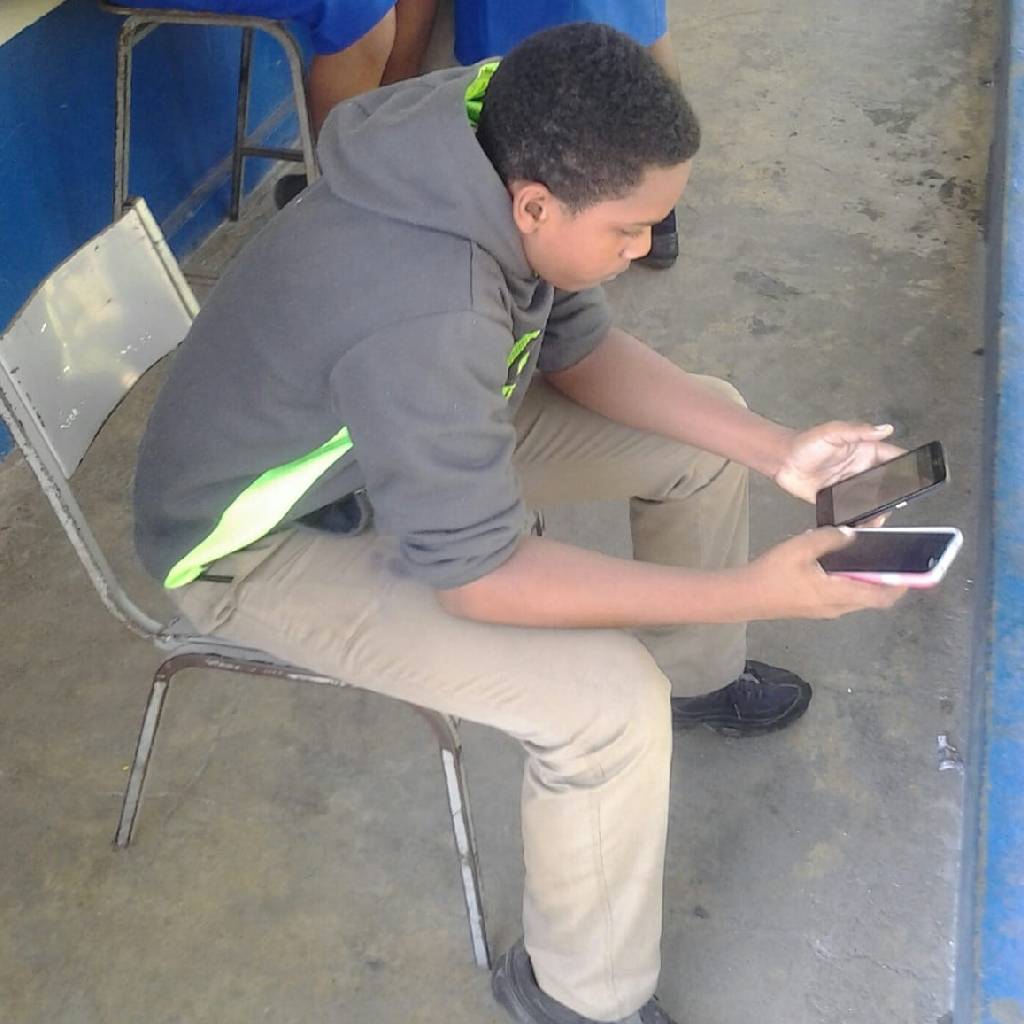 munch Living and breathing the art of writing.
Autoplay OFF   •   4 months ago
Transcript
I didn’t mean what I had said earlier but now I changed my mind. I meant it now. Damn, I was fuming, and he saw it. My insides were on fire, blazing like a thousand red suns. I realized it was the first time I was ever this mad and it took more strength than I had to control the urge to slap him dead. However, I liked it.

The man before me, who I called my dad, had hurt me. His eyes softened at the sudden realization. He understood what he did and brought his hand up towards me.
romance lo velove-lovevampirewerewolfwarlockwitchhate-hatewar funniest mystery storieslgbtq lo ve storiesscariest hate storiesmost romantic hate- stories

My dad and I were at the airport saying our goodbyes. Well, at least I was. He was the one who wanted her gone and I wouldn't be surprised if he put on a show.

Just as I suspected. The hypocrite.

"Goodbye Eureka, visit soon," but I didn't believe a word he said. He was the cause of this and summer would be over in a month or so.

Time waited for no one and soon summer would have seemed like a fantasy. Like it never happened.

He and Ma walked away to some distance so I couldn't hear their conversation.

I was in all black, even though I was still in a stage of mourning for my mom, I was now mourning for the time I'd lost with Ma. I'll miss her; I sighed and soon enough they returned.

"Lexi, come here" she called and I went to her. I realized how upset my dad looked, but we still spoke in private.

"If you ever need anything call, okay baby girl?" I nodded feeling a sense of urgency within her chased words. She hugged me and left for her flight.

The drive home was silent, not a comfortable silence but one with tension thick in the air. I didn't say anything to him and neither did he.

He kept his eyes on the road and once in a while he would sneak a glance at me.

I couldn't take this torturous silence so I turned the radio on. 'I'm in love with the shape of you' blasted through the speakers. I smiled and breathed the words of the song.

This song was one that I loved.

Soon enough we arrived, I got out and went around to the backyard. I listened to tunes and viewed some people's Facebook page.

I texted one of my friends back in England where I used to live some years ago.

Why did I move? We left simply because my mom wanted a quiet life in the country, so of course, we packed our bags. There wasn't a problem with Caramel, California, but it was anything but that.

It was a place that resembled paradise, with street parades, people dancing, laughing and rich music. It was a magical place because it was festive.

Me: I missed you, Cassie!

Cassie: Me too Chyenne, me too. Are you ever going to visit?

Me: I don't know. I mean, my mom just passed and my dad is acting all awkward. I don't think that'll be anytime soon.

Me: Smiling* I don't mean like normal weird. I mean more than usual.

Me: Hey Cassie, its dinner time. I gotta go. I'll text you later.

I went to the kitchen pulled up a chair and sat around the island. I was ready to eat. There were two settings instead of three and I immediately felt sick.

He said it was more comfortable.

He and mom had a debate about this back in England and the rule was that no one was allowed to eat unless they settled this dispute.

Cassie had come over for a sleepover that night and we were starving. Good thing Cassie brought snacks or we would have been rocking the skeleton's trend. It was midnight before they finished.

My mom was a strong-minded individual, and I admired that about her; even though I could've starved that night.

The food got cold and mom accidentally forgot the turkey that was in the oven. She burnt it to a well finished black crisp.

The turkey was almost none existent when she showed us what the huge four-pound turkey had become.

We ended up going to Topanga's Grill. Topanga's was my all-time favorite place. It was always nice and homey. Not to mention the food.

It was the right place both for meat-eaters and vegans, like Cassie.

Yeah, tell me about it. That girl is missing out on the scrumptious wonders of meat. Oh, how I missed Cassandra.

"Huh? What about them?" I asked quizzically while turning to look at my father, who was putting the salad on the table.

"Did you wash your hands?"

I looked at my hands as if I thought they were clean, frowned, huffed and got up to wash them. I wasn't nasty. I was just really lazy around dinner time.

"That's what I thought" he joked as he sat around the island too.

I smiled at his need to be right and after I washed my hands; I joined him. He was about to dig in but just before he did, I slapped his hand away.

He looked confused because I did that but he soon understood why.

"Let's pray. I told him. He always forgot and I was always the one to remind him. We held hands and I prayed the one prayer mom couldn't stand.

"Lord, we love you and we thank you. We invite you to our home to eat with us.

" I know that was sweet, short and perfectly okay so why wouldn't my mom like it? But what you didn't know was that it doesn't end there.

"I ask that this food will be nourishing and won't leave us like the skeletons in Mr. Cheshire's bio class. Bless the meager and bony hands who've prepared it.

I also beg it is not as bad as it looks. Father, I pray that we will still be alive after we have consumed our dinner and that the privy won't be occupied in the night. Amen.

" My dad gave me a look and neither of us could hold it in any longer and just like that we burst out in laughter.

We ate and washed the dishes and after, we sat around the island, relaxing. We were talking and I couldn't help but ask. It was the only thing I wanted to talk about.

"Dad, what is it that you don't want to tell me?

" he became silent and looked at me as if he had caught me, smoking pot with a Jamaican boy, who was sporting a wicked Mohawk, and piercings in his ears, nose and bottom lip.

"It's nothing. I don't want to talk about this Chyenne. It's something you don't need to know about and I recommend you stop asking." He sighed and got up to walk away.

Something started to burn inside of me and before I knew it, I shot up out of my seat and my voice rose a little higher than I intended it to.

"Don't you dare walk away! It is about me. I have the right to know.

If my mother she would have told me; for crying out loud I am your daughter! What could be so scared that you couldn't tell me?"

To be honest I was expecting a different reaction from him but it was surprising when he laughed at me. He was amused and it pissed me off.

So I shouted at him and said the worst possible thing I could think of.

I laughed too and pointed at him.

"I wonder what mom ever saw in you. She must be dancing and prancing up in heaven because she's so glad to get away from something like you. You are an awful husband and an even worse dad.

I only wish mom was here to see what kind of man you are." As soon as I said it. I regretted it.

He jolted towards me and my head whipped to the side. It was loud. There was a harsh burning sensation on my cheek.

It happened, but I couldn't believe it, and I kept my head like that for only God knows how long, until I worked up enough courage to face him.

There was a single tear that was swimming in my eye. I was determined for it not to escape but it betrayed me and that single tear ran down my heated cheek.

I kept quiet, even though my insides were screaming out to hit him back with more force than he ever thought was possible for a seventeen-year-old.

I didn't mean what I had said earlier but now I changed my mind. I meant it now. Damn, I was fuming, and he saw it. My insides were on fire, blazing like a thousand red suns.

I realized it was the first time I was ever this mad and it took more strength than I had to control the urge to slap him dead. However, I liked it.

The man before me, who I called my dad, had hurt me. His eyes softened at the sudden realization. He understood what he did and brought his hand up towards me.

I pushed his hand away. "You don't know what came over you?" I scoffed.

He was a dreadful human being. I didn't want to look at him anymore, so I turned on my heels and walked away. I went to my bedroom and slammed the door shut.

He hit me, was all that ran through my mind. I looked into the mirror and saw a handprint my cheek; not to mention the cut that must've been caused by his wedding ring.

It was not deep but it was deep enough to bleed.

I was dark-skinned but with that force, it showed. I washed my face, being careful not to irritate my swollen cheek. The blood on my cheek made me look brutal.

I wiped the blood off and brushed my teeth then went to bed. Before I turned the lights off, I locked the door.

If anything I was going to be a rebel. I was the leader and the only member of this rebel army and I wasn't planning on going down without a fight. This was the beginning of the Rebel Revolution.

I was in it to win this war.