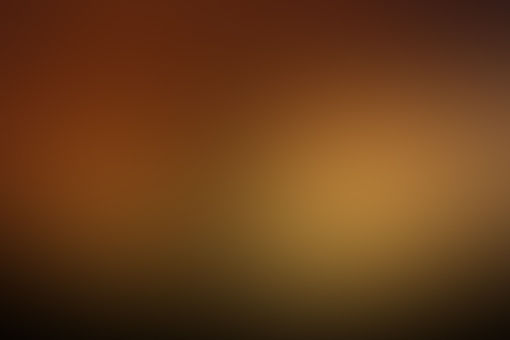 For the entire next day Samantha watched as the beast came and went from the cave. Sometimes it would return with a slain cow, or ox, other times it would bring a cart or bags.

It was nearly forty five feet long if you included the tail. Her black wings looked slick as though they were covered in oil.

Her head had two mighty bent horns curving backwards, and her teeth were razor sharp and inches long.

After watching her all day Samantha had determined she was not a beast at all, but highly intelligent. She had a look in her eyes that said she understood her place in the world.

But that didn’t prepare Samantha for what happened next.

As dusk was setting she was watching the dragon which had just returned from a hunt.

It had a mighty elk clutched between it’s back claws and it threw it on the ground before landing next to it and diving in with its front claws and mighty teeth.

In the middle of devouring the beast the dragons eyes met Samantha’s and both froze. Then, a hissing rumbling voice came from the creature’s bloody snout.

“What are you doing here human?” She was a dragon, but her voice still somehow sounded feminine.

Samantha had always believed the dragon’s were intelligent, but she had never expected them to be able to talk.

Shaken by being noticed, but also intrigued that she was asked a question, and not simply attacked, Samantha answered. “I came to rescue Prince Eric from you.

” She was scared, but she managed to speak clearly.

The dragon hissed at her. “Eric is mine, I am the greatest female in the land, he should belong to me!” She almost lunged at Samantha who instinctively took a step backwards.

“He is a Prince, and he “belongs” to no one.” The dragon hissed further but Samantha didn’t let up. “How would you like it if I locked you in a cage and wouldn’t let you go?”

“The men who came before tried to kill me.” The dragon was clearly angry at the human who had interrupted her meal and questioned her authority.

Human’s had only ever attacked the beast, but she’d learned enough of their language through eavesdropping. She’d even heard tales of the prince.

“But I haven’t.” Samantha stepped toward the dragon. “LET ERIC GO!” She shouted the command at the dragon and the beast lunged toward her, quickly pinning her to the ground.

“YOU INTERRUPT MY MEAL MAKING DEMANDS, THREATENING ME WITH A CAGE!”

Samantha tried to gulp but her throat was dry. Finally she managed to speak again. “I wasn’t threatening you, just trying to make a point. I love him and he loves me.

He will never be happy with you, but you can free him if you truly love him.”

The dragon hissed, “I AM THE GREATEST FEMALE IN THE LAND!”

“You are,” Samantha had found her boldness again. “But you are a dragon. Let Eric go, come back with us to the keep so that we may pay honor to your greatness. Let us be friends and not enemies.

The dragon loosened its grip but it was as though it was peering into Samantha’s soul. It’s deep black orbs of eyes impossible to read, it finally spoke again. “They will simply attack me...”

The dragon was interrupted, “Let us go first, we will have the word of the king, and he will listen when he sees his son safely returned. That is all he cares about.”

The dragon continued with its depthless stare for a few moments, and then released the girl, standing up, and turning to the cave, it muttered, “A moment.

” With that the dragon disappeared into the cave for a few minutes before returning, clutching Eric in one great front claw. He looked slightly emaciated, but otherwise fine.

The look on his eyes when he saw Samantha was one of love and amazement. As soon as the dragon released him they were clutching and telling how much they loved one another.

The dragon interrupted. “About that place of honor...”

“You will have it,” It was the princes turn to interrupt.

Fly us to the top of the golden keep, no archer will be able to hit you, we can enter from the roof and I will tell the king that you mean no harm.

“You really think he will listen after I killed his men?” The hissing voice was hesitant.

“I heard what happened, they attacked you when clearly you are capable of reason, my father will see it too.”

With that, the dragon seemed to give in. “Um...” Samantha interjected into the awkward silence, “what should we call you, I mean...” She paused, “It doesn’t seem right to just call you dragon.”

The hissing took on an almost purr like quality. “I believe that’s the first time anyone has ever asked me my name. It’s Abigail.”

” Samantha took a bow, “You already know Prince Eric, my name is Samantha, is there any chance you could give the Prince, me, "and" my donkey Maurice a ride back to the golden tower?”

“I can.” Abigail seemed to have decided to trust these two humans in spite of all that had happened, and they were willing to trust her too. “Climb on back.

” The dragon lowered her neck, providing a path for them to climb and sit side by side between her wings clutching the great spikes coming from the top of her spine.

Soon they were off, and Maurice was gently scooped up in a talon, much to his disapproval.

Before long they were back at the palace, and the prince and Samantha honored their words, and told the king that the dragon meant no harm and was attacked.

The king was aggrieved for his men, but so grateful for his son to return, that he accepted the dragon’s offer of alliance.

The king also honored his word to Samantha, and so it was that Eric and Samantha were married in a grand ceremony atop the golden tower,

where their new friend Abigail was happy to be in attendance.

Thus ends the story of how Samantha was granted the nobility to one day be queen, and how Rosethorne acquired its greatest flying ally, a magnificent black dragon named Abigail.