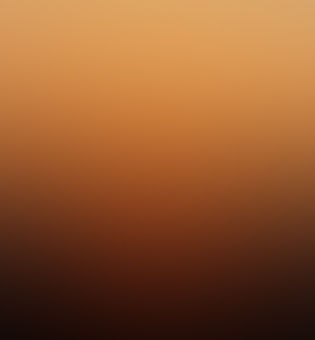 In the beautiful kingdom of Rosethorne, where the seasons were always fair, there lived a King and a Queen in the magnificent Yearlong Castle.

It was so called because its wall made a great ring with four towers, each colored for a season. White, Green, Yellow, and Orange for Winter, Spring, Summer, and Fall.

At it’s center stood a splendid golden tower that was taller than the rest and stood for the sun. The royal families quarters were at the top of the golden tower.

The king and queen of Rosethorne were beloved by their people, and their son, Prince Eric, was splendidly handsome.

With thick dark hair and piercing blue eyes, he was the talk of all the ladies in the land and many wished that they could wed him.

But Eric had fallen in love with the blacksmiths daughter, Samantha.

She was a medium height slender built girl who was quite beautiful, with blonde hair and deep brown eyes, but she was not of noble birth.

The king forbade the union and Eric refused to marry any other and so it was until the night of the storm.

The Scrag was the mountain at the eastern edge of the kingdom, said to be the tallest, but avoided by all but the brave or foolhardy.

The dragon normally kept to the scrag where she was believed to live in a cave at the top,

but on the night of the storm she flew under the black skies and clutched to the side of the golden tower.

Reaching inside the prince’s chambers she snatched him and flew away, the townsfolk taking fright at the sight of her flying off with a flash of lightning and a crack of thunder.

The king quickly dispatched his best troops to the Scrag to save his son, but they did not return.

He then commanded that whoever could rescue his son would be awarded fifty pounds of gold and a title, and went to grieve the capture of his son and the loss of his men.

It was then that the blacksmiths daughter requested an audience with the king and it was granted. Samantha approached the king in his receiving chamber.

There he sat upon his golden throne in the grand hall of the golden tower, sick with grief, his queen beside him.

Knowing his son’s love for Samantha, he looked upon her with kind eyes and asked why she had requested an audience.

Samantha looked to the king and the queen and the old men who flanked him and served as his council.

“You have said that whosever rescue’s Prince Eric will be given 50 pounds of gold and a title.” Her voice came out boldly and echoed across the hallway.

“Then if I rescue Prince Eric, will you grant you’re blessing for us to wed?

” The old men in the hall snickered and jeered at her suggestion that she could defeat the dragon, but she paid them no mind.

It was the king who’s opinion she cared about and he was clearly taken aback by suggestion, though he was thinking about it.

“I suppose,” he responded slowly, “you would be a noble, so I could not protest it.”

“Then I will rescue Eric from the dragon. I planned to anyway, but now you have made an agreement with me here in front of all these men. Thank you your majesty.”

Samantha turned to walk away but the king protested, “You cannot kill that beast, it will be suicide.”

She turned to look back at him. “You just leave that part to me.” And with that she turned and left the great hall.

Samantha had grown up hunting with her father, and he had taught her to use a sword as well. She was not an exceptional swordsman, but she was an incredibly accurate archer.

So after leaving the palace she went to her home where she grabbed her bow and quiver, a small sword, and some provisions for the trip.

She loaded up her black and white donkey with the provisions, kissed her grey haired father, who had long learned not to argue with his daughter, and told him she would be back soon.

With that she left the small village that stood outside the castle and headed east into the wooded thickets and hills that lay between the Yearlong Castle and the Scrag.

Riding the donkey and traveling alone she made good time, and for the first three days her trip was uneventful. On her fourth day she encountered a man standing in the road.

He was filthy, covered in mud and smelling of dung, as well as unshaven and shaggy. “Evenin lil miss.

” His attempt at charm was as putrid as he was, “wass a lil thing like you doin out ere alown.” His gaze traveled up and down her body in a way that sickened her.

“There’s a toll on this ere road.” His eyes no longer pretending to have any decency, “I’m sure you can work out payment one way or another.

” His thumbs looped inside the front of his pants as he cracked a wicked grin.

It was all the warning Samantha needed, she snatched the bow from her back along with an arrow and had it knocked all in one quick motion.

She now had the man in her sights, but as soon as she loosed the arrow she sensed the movements where the others had been approaching from the sides and behind.

She kicked the sides of the donkey as the arrow stabbed into the mans eye socket, killing him instantly. Arms reached for her and her mount but they fall short as the donkey began to run.

Samantha’s donkey was named Maurice, and he was smart, she knew he would follow the path, so she grabbed her bow and spun around backwards to see who was pursuing her.

There were three men already jumping on horses and two more that she could see were on foot. They were all filthy and unkempt.

The donkey bouncing beneath her, she took her time to aim and carefully picked off two of the riders. One had been hit in the shoulder, the other in the gut.

Blood sprayed out of the wounds as the men fell from their mounts, and the horses came to a slow stop. The one remaining rider was gaining on her, but the men on foot were already far behind.

She loosed two more arrows but the last rider managed to evade each time as though he could sense the arrows.

The third shot went low and Samantha cringed when she realized she’d hit the innocent horse in the head.

It’s body going instantly limp it tumbled forward, somersaulting over itself and throwing it’s rider before landing on top of him and coming to a stop.

The man didn’t move, and there appeared to be no more pursuers. Samantha spun back around and looked forward, pushing Maurice to put distance between herself and the remaining bandits.

For the next three days she saw no one unusual and passed unremarkably through several small villages. She had finally reached the base of the mountains.

Four more days ride and she would be at the Scrag. It was on the night after the second day, while she was sleeping, that her donkey and supplies were stolen.

She had only the bow and quiver that she had been sleeping next to, the thieves hadn’t dared come that close.

They were sloppy thieves though, goblins by the look of the tracks, eight to ten of them. The path was easy to follow, and Samantha hoped she could get Maurice before they ate him.

Goblins were notoriously stupid and they saw no value for creatures beyond meat.

The path wound and crossed a small stream, but eventually Samantha spotted their lookout. He was about four feet tall, with a lime green skin, and black eyes.

Her arrow sailed true and clear, entering the side of his head from the temple. She was down to only four more arrows, it wouldn’t be enough, but they had snatched her sword.

Carefully, she crept to where the lookout had been, and removed the arrow, it was intact, so she stuck it back in the quiver.

She repeated this twice more with the lookouts on the other sides of the small goblin camp,

and then she approached where the remaining ones were sitting around a small fire and sharpening her sword. They were likely getting ready to kill Maurice, who stood next to the fire as well.

Reaching down, she grabbed a handful of rocks and threw them into the bushes away from her donkey.

The green ugly things all jumped and ran to the noise while she crept up behind her donkey and jumped on him. Just then, one turned around and saw her and let out a screech.

The others were quickly taking up pursuit, but it was too late, she was away before there was anything they could do and she resumed her path towards the mountain.

Snow had begun to fall as she reached the base of the Scrag, and by mid way up it was up to her donkey’s knees She was clad in a leather outfit that was normally plenty warm,

but the chill still cut through her.

She took a blanket that had been in the pack on the donkey, thankfully unharassed by the goblins, and wrapped it around herself,

continuing onward into what appeared to be the beginnings of a blizzard.

There was an ear piercing shriek and she looked up to see the dragon, black wings spread against the overcast sky.

Watching carefully, she followed its path for as long as possible, and soon, she was fairly certain she was at the entrance to its cave.

She back tracked and tied the donkey to a tree, then returned to the cave entrance and sat to watch for the beast.