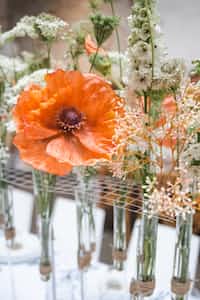 mar_de_colores you cannot handle the flow, son
Autoplay OFF   •   3 months ago
Transcript Use Images
There's a lot of talking. The two idiots finally figure out where they are. The narrator gets excited for no good reason, only to be disappointed beyond measure.
fiction fantasyoya and dianmagiccomedy

"I wasn't trying to. He just did that on his own," Dian grumbles, a pout no doubt appearing on his face. Oya nods slowly, appearing to be slightly confused.

It's a miracle that pole got to him before pure fear did. Yes, you heard me right. Those two paired with the sketchy alley might make someone die of fear.

Robert is the bravest person I ever met. Rest in peace, Robert.

"You know what, I think we might have scared him," Dian finally says, gesturing at Oya.

"Why? He should know what giants and fey warriors look like." Oya gives Dian a look that said, 'you are stupid--not a stupid as Robert, but still stupid'.

"Well, I might have... not taken us back to our world," Dian starts slowly, a hint of guilt worming its way into his voice.

"You what?" Oya turns her attention from the very dead Robert to Dian with murderous intent. "Dian, you--"

"In my defense, your prison was very heavily warded. It was a miracle we got anywhere at all. Now, it took me a little while to notice, but I'm pretty sure we've landed in the human world."

Oya, who had been on a mission to kill or at least maim Dian, pauses.

"The human world? Disgusting." Her nose wrinkles. "I would prefer anywhere else but this polluted dump."

"Well, sorry. That's what we got. And besides, once we blend in, no one will be able to find us. There are too many humans here. We're one in a billion of them."

Dian raises his hand towards his helmet and starts lifting it.

Oh, perfect, I finally get to see what expression he's making instead of just guessing all the time! This is taking a turn for the better.

"I hate you. I hate human forms. This is the worst day ever," Oya whines, stomping the ground angrily. The pavement cracks under her foot.

The police are going to have a very confusing crime scene when they eventually come back here. Anyway, back to Dian's face. The helmet comes all the way off, revealing... a very small person.

Well, I suppose I should have been expecting that. Oya did say 'fey warrior'.

And of course, Dian is wearing a tiny helmet as well, which means that after all this, I still don't get to see his face. Damn it.