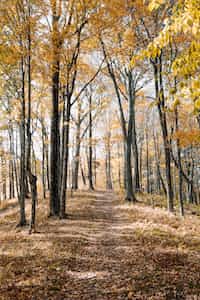 mar_de_colores you cannot handle the flow, son
Autoplay OFF   •   3 months ago
Transcript Use Images
Goodbyes are said. Parties are planned. There is a forest.
fiction magicfantasyoya and diancomedy

Well, I suppose this is goodbye. I would say I'm sad, but I'm really not. In fact, I'm throwing a party later to celebrate. I would invite you, but it's a strictly narrator-only party.

Sorry about that. And don't worry about the story. I need to finish it before I can move on, so here we go. One last hurrah. I'm so happy.

"This place is nice." Oya glances around the forest she's standing in. I'm guessing Dian did some fancy magic and got them out of the fire.

Or they've died and gone to the afterlife and no one told me. "I could see myself settling down here."

"Good, because I'm not taking you anywhere else," Dian is laid out on the ground next to her, eyes closed.

"Hey, it was worth it! Um... 43rd time's the charm!" Oya laughs nervously, taking a step away from Dian. He opens one eye, fixing her with a death glare.

Okay, then, I guess they've been at this for a while. Hey, it's not my fault they kept going while I was out pleading with the director to take me off this story.

"I should have stopped after 20," Dian groans, digging his fingers into the dirt beneath him. "Everything hurts."

"No, that one was the worst! It was so hot!" Oya exclaims, looking horrified at the thought.

"It was not hot, it was perfect. Unlike here. It's too cold." Maybe that's because Dian is lying down on the ground. That could be the problem.

I don't know, I'm just a lowly narrator who apparently knows nothing about the story.

"Oh, put a sweater on." Oya waves her hand dismissively.

"Do you have a sweater?" Dian sits up, eyes darting to Oya.

"No. But do you know what I do have?" Her eyes light up. She looks like she's just got the most genius idea. Oh, is she going to set him on fire?

"No?" Dian notes the gleam in her eye and suspiciously narrows his eyes. "Oya, what are you--" He's interrupted by Oya sweeping him into a huge hug.

"There! Best sweater there is!" Oya grins, sounding very pleased with herself. Dian squeaks in surprise but oddly doesn't try to escape the hug. I guess he really was cold.

Well, that's a beautiful end to a very stressful story. I am not sad to see it go. Now, I gotta go or I'll be late for my own party.