Commaful
Start Over - A Short Story 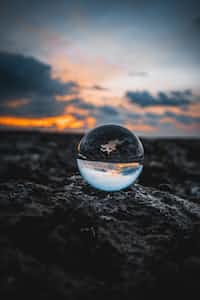 makana There isn't enough room for a descriptio
Autoplay OFF   •   a year ago
Transcript Use Images
Hi everyone! If you don't mind reading this, I would love to hear your thoughts. Its just a short about if something went wrong and the universe had to start over. I don't know where the idea came from. Thank you all and have a great daaayyyy!!!
universeendcalmcalminginterestingmustreadmust-read

Start Over - A Short Story

A rooster, did not call its acquaintances to wake. And because of this, the farmer was quiet upset he was not woken up on his usual schedule; 8'o clock.

He went to give the bird his anger, by throwing a tin can he had found on the ground.

But the can wouldn't throw.

There was a slight hum. No person could hear it. Nor could the stray cat who sat in the alleyway on 8th street.

In the city, a car started its journey across town, and never made it to its final destination. A street light, did not turn off in the light of day.

And because of this, it made no difference to these people.

Although, far up in the mountains. Where life is unseen. A man sat near a fire, warming his hands and pouring a cup of coffee. As the coffee settled from a boil, he lifted it, and took a sip.

It was still hot, but he couldn't tell because of the freezing temperature of his surroundings.

At this, he nodded his head in agreement and took 8 more sips of his coffee.

As the sun rose from the east, as it would normally do. The sky turned its greys and blacks into reds and yellows. 10 times too many, a tree fell. Although no one was around. It made a sound.

Things in the world started working differently. And people started acting the same.

The people didn't notice. Memory wasn't in grasp for them. And, as somethings would change, there previous memories would change as well, to have the world make sense to them.

A plane, did not land.

A dog, did not bark.

And a sun, stopped breathing.

The sun of these people, had always been dead. A corpse of rotten stone. Bored through the spinning of time. This was the sense of memory, the sense of normality.

And people did not notice change. They forgot the change.

A voice, echoed from the depths.

"Yes. I indeed have seen"

On his face, his eyes were looking up into the stars, and his lip was tucked in frustration.

At this; the Earth, and Solar System, the Milky Way Galaxy, the Universe, and all of Existence.