Commaful
The Heir and the Healer, Part 8 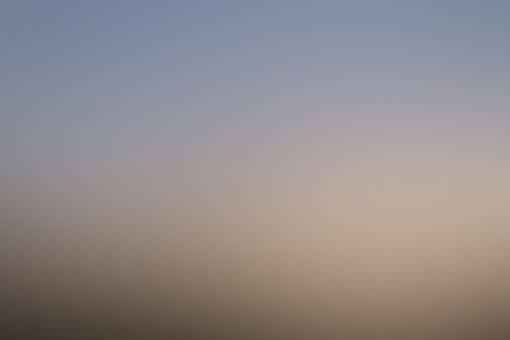 little_wintry Welcome to my dumpster of deleted scenes
Autoplay OFF   •   a year ago
Transcript Use Images
Rin admits something that catches Deva off guard.
fiction lgbt lovelgbt+lovelgbt romancelgbt+romanceunedited

The Heir and the Healer, Part 8

Deva was up early the next morning.

Rin was curled up in a ball underneath the blankets, sleeping soundly even as Deva began to prepare breakfast. It wasn't until Deva bumped into the table that Rin slowly stirred.

"Sorry for waking you," Deva said softly, going to Rin's bedside and brushing a stray pice of hair out of her face. "Go back to sleep."

Rin mumbled something in response, her eyes slowly fluttering open. Lazily, one of her hands brushed against Deva's, before she drifted back into sleep.

Deva sat by Rin's side for a moment, listening to her steady breathing, before continuing with breakfast.

The smell of sausage was enough to stir Rin a second time. Slowly, Rin kicked off the blanket, gracefully arching her back before Deva met her eyes.

"Good," Deva said. "Because I was hoping we could go out today. There's a lovely little river bank I used to play by as a kid. We could go out there to have lunch, I thought."

As Rin sat down on the table, a lump formed in her throat. It was now or never, for her. Hesitation built in her chest.

She was so used to having her vulnerabilities laid bare for all to see, shown like weaknesses and deformities. But it was different with Deva, so different. She wanted to be vulnerable.

She wanted to Deva to see every scar and wound, to lay side by side with her, or fall asleep to that quiet tune she would sometimes hum under her breath.

Rin stood and cleared her throat. Deva raised an eyebrow.

Deva tilted her head. "That's me."

"What is it?" Deva asked. "Is something wrong?"

Then, she leaned in, and kissed Deva.

Rin had to lean down a little bit, and as soon as their lips touched, Rin pulled right back. Deva was still, her mouth parted open, stunned.

"I-I'm sorry," Rin said, and suddenly every one of her worries was bubbling up to the surface.

"You keep on surprising me, don't you?" Deva said, her voice hoarse. There was a glimmer in her eyes as tears threatened to fall.

"No, shush," Deva shook her head, taking both of Rin's hands and squeezing them tightly. "It's not you, Rin, it's not you."

Deva trembled with a soft laugh, almost closer to a scoff. "Rin, do remember when I said that love can be scary?"

Deva let out a soft, humorless laugh. "There's an entire world out there, Rin. Someday, people will sing your name in stories. You'll change the world, and people will write you into the stars as a hero, a legend."

Deva took one hand and cupped Rin's face as a single tear fell. "How did you fall in love with me?"

Deva sighed, closing her eyes. "Being in love means being vulnerable. Being vulnerable means you can get hurt. And Rin, I'm very afraid of getting hurt again."

"Deva," Rin said, shaking in her head in disbelief. "You taught me how to be vulnerable."

"And the lamb shows a wolf how to hunt," Deva said. "It's much easier to teach another than to teach yourself."

Without warning, Rin sweeps Deva into a hug, holding her as if her life depends on it. Deva sniffles, wrapping her arms around Rin in turn, relaxing into her embrace.

"You loved me in spite of my vulnerabilities- no, because of them." Rin said. "You loved the parts of me I had only seen as failures. Now let me do the same for you."

Rin's hands catch in the back of Deva's hair, and as Rin plants a hand on the base of Deva's neck, she can feel the tension in her body loosen.

They stay like that for a time as Deva's breathing slowly evens out.

Rin has this unshakeable feeling - that protecting Deva, being there for her, loving her - it was more fulfilling than anything she had done before.

Deva pulled back, her face stained with tears. She still manages a smile. "This wasn't how I planned on starting my morning," She said.

Rin manages a smile in turn. "Me neither." Then, she softens up. "Are we still going to the river bank?"

Deva smiles and nods. "Of course."

Then, just before she finishes up breakfast, she turns around, stands on her tiptoes, and gives Rin a quick kiss on the cheek.

Rin's heart feels like it's about to burst. So many emotions well up inside her, but all of them telling her the same thing.

Rin can't contain her smile. "I love you too, Deva."