Commaful
The Heir and the Healer, Part 5 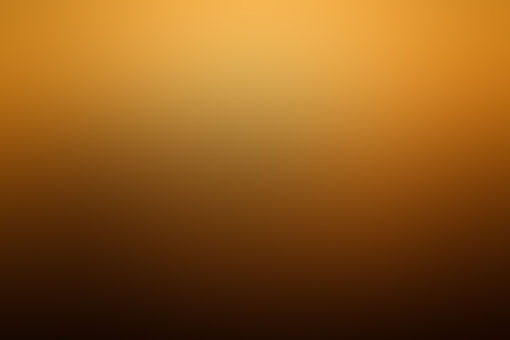 little_wintry Welcome to my dumpster of deleted scenes
Autoplay OFF   •   2 years ago
Transcript Use Images
Rin decides to stay in Deva's company, but Deva must first convince the village's leader that Rin means no harm.
fiction lgbt romancelgbt+romanceunedited

The Heir and the Healer, Part 5

Deva was right. Rin's wounds had just about fully healed by tomorrow morning. Rin was quiet, but definitely in slightly higher spirits than she was last night.

As Rin sat at the small round kitchen table, she scratched at the table with the blade of her knife.

Deva sucked in a breath. She was really hoping Rin wouldn't bring that up. Deva pursed her lips. "Yes, they are. But it's because they just do not know you yet. They'll come around, Rin."

Rin set her utensils down. "How do I make them not afraid?"

Deva laughed a little. "It's not that simple. It's human nature to be afraid of what they do not understand. And you, Rin, are very scary to them."

"I want them to see me," Rin said. "To see that they shouldn't be afraid."

"Your intentions are very noble," Deva said, a worried tone to her voice. "But I think I should tell them first. Give them a few days to think about it. They know me, they trust me, and hopefully, by extension, they'll trust you."

Rin's expression was almost pained. "But I want to help."

"I'm strong," Rin said. "I can move the weight of three oxen. I can sow and plow fields in a day. My senses are stronger than any human, and my aim never misses."

Rin leaned on the table, her eyes boring into Deva. "Please. Let me atone. I've hurt so much - let me try and help."

Deva chuckled under her breath. "Rin, I will, I promise. My concern is born of fear, I assure you. Give it a little time. For now, just rest here. You've just barely gotten on your feet."

Rin was quiet for a second, before giving a resigned nod.

"Good," Deva said with a small smile. "I'll be here for most of the day, don't fret. I'll only need to run and grab things from the market for meals."

The chief's eyes narrowed. "You what?"

Deva put up her hands defensively. "She's harmless, Toros," Deva pleaded. "She wants to change. Please, give her the chance."

"Harmless?" Toros scoffed. "I suppose next you wish to tell me that a feral wolf is just a small pup."

Deva inhaled deeply. "She's been in my company for the past week, and she only lashed out once, when we first met, out of fear. She really, truly wants to help, Toros."

Deva leaned in close, her voice barely above a whisper. "It's her mother's doing. I believe, in my heart, that she never wanted to hurt anyone."

Toros was unconvinced, taking a step back. "The child of a monster is still a monster."

Deva's heart sunk. "Toros, please. Give her a chance."

Toros was still and silent for a moment, his face unreadable. Deva lifted her chin, bracing her nerves.

"I am this village's only healer," Deva said. "And we are on the cusp of rebel territory. The gods may see this village fit for an attack. I am the only one able to help those in need. No one in this village has my skill with herbs and remedies."

Toros stepped forward until he was nose to nose with Deva. "You would threaten the wellbeing of dozens for-" His face grew red with rage. "A killer?"

"A traumatized woman," Deva corrected. "And yes. I would."

Toros inhaled deeply, rubbing the bridge of his nose. "She... may stay. But her actions are all on your accord."

Deva needed to bite her cheek to contain her smile. "Yes, of course."

"Now go. Get out of my sight before I change my mind."

Deva bounded back home, trying not to trip over her own excitement. She swung open the door. Rin was sitting on her bed, reading, and her head perked up before Deva tackled her in a hug.

"You can stay!" Deva said, breathless.

"I talked to the chief of the village. He said you can stay. You won't have to hide anymore."

Rin's eyes lit up. "I won't?" She gently pushed Deva off, sitting up.

Deva nodded eagerly. "I'd still give it a day or two, though. But it doesn't matter," Deva squeezed one of Rin's hands. "You'll have all the time in the world, here."

The corners of Rin's mouth twitched. Deva could see the hesitation in Rin's eyes.

Rin burst out into a smile so bright it made Deva's heart do somersaults. She let out a soft, giddy laugh, her excitement and joy barely contained.

Deva had never seen her so happy, with such delight.

Deva tilted her head. "What thing?"

Awkwardly, Rin wrapped her arms around herself.

"A hug?" Deva said. "It's a way to express happiness. People do it when they see each other, sometimes. It's a way to show affection."

Rin went still for a moment, like she often did when she learned new words. "Affection."

Rin nodded slowly. "Could... could you hug me again?"

Deva smiled softly. "Normally it's easier to hug standing up."

Deva had never been this close to Rin - she could hear the gentle flutter of Rin's heartbeat, feel the way her muscles tensed before she melted into Deva's embrace.

Rin wrapped her arms around Deva in turn. For the first time since she had been here, Rin felt truly safe, wrapped in Deva's arms.

Deva's fingertips brushed against Rin's back, and she could feel the scars under Rin's shirt.

Deva's heart ached as she slowly realized Rin had likely never been hugged or touched in a gentle, loving manner - that the only physical touch she knew was meant to hurt her.