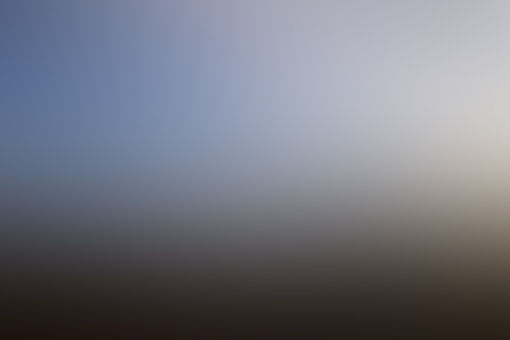 fictionwonder Community member
Autoplay OFF   •   a month ago
Transcript Use Images
A girl who gained a reputation of being tougher than men with all her friends and family members but with all the trouble that her work brings, too. Will she be able to establish a good rapport with her family and find a man who really deserves her without giving up on her job? With all the action and the suspense of a cop's life, this story holds the true meaning of family.

"Look, Nia, you have to promise me that whatever is going to happen, whether I'm alive or not, you'll keep this secret and fight to the death to fulfil the legacy.

" Andrew's voice rings in my ears as I wake up gasping for air. It's been 15 years, and this day sounds like yesterday. It's the third day in a row I've this dream.

Am I going to be a martyr? Is that the reason behind this dream? I usually get them before a significant incident. The last time was before the First Lady's death three years ago.

Maybe it's because Steve and I are going back to Washington after we had left the president's security service three years ago.

Despite the First Lady's death being an accident owing to the terrible storm, Mr President lost his trust in Mike, Steve and me.

We had to leave, and as an alternative, I started my own security company, and I worked in a hospital as well.

Lying in bed, I decide I have to go for my run before my meeting with Khalid. I put on my sweatpants and t-shirt and head outside. At the gate, Marcus and Liam greet me.

Marcus looks like he wants to say something but holds it back. I will get to the bottom of that later. Now, I have to think of how this day will go.

It's Calliope's birthday, and I have to come back from Washington before midnight, or his strawberry-blonde wife'll be a pain in the neck. Mira doesn't realize that Calliope loves her.

He left the FBI for her and for Noah. She thinks with all my adventures-or so she calls them- I'll bring him memories he shouldn't think of, and he'll return back to work.

she's afraid of the threats that come hand-in-hand with the job for the cop's family.

She's a point, but I'm doing everything I can to take on any cases that may want old solid cops so that the heads won't go and ask Calliope.

Through the years, my audacity and my work have gained me a reputation of being tougher than male cops.

I jog across the junction between Pike Market District and the highway. I remember Lara, John's new girlfriend, his first. He has a lot to say, but I'm more than elated for him.

Eric can't believe it, either- self-loathing John is trying for an ordinary relationship.

Wow! Mark has been in my hair for hours last night, but I couldn't answer everything, and we relied on hunches. They're coming over for dinner tomorrow.

Letty has been planning for it ever since John brought it up- being chums from uni,

I know Letty'll do her best to make Lara feel that despite all John's morbidity he can love her and give her a normal life.

Letty and I discussed this, and we know that once the bitch troll, Susannah knows about John's girlfriend, she'll go to great pains or great lengths to make her leave him,

and this is John's worst fear. She dreams! I'll kill her if she even thinks of laying her fatty paws on that sweet girl. He seems to be calmer than ever before.

My feet drag me back home, and I realize I had been jogging for hours.

I head to the gate back into my castle, which is not a haunted house thanks to Letty's presence and ongoing care when Marcus informs me that Steve is waiting in the garden.

"Madam!" Marcus calls after me as I head to the pool to meet Steve.

Doesn't he ever learn there's a reason behind me asking the guards not to call me madam or Dr Nia or Lieutenant or any of this shit. I'm 31, for God's sake!

"Yes, Marcus, you know how I hate someone calling me that. What do you want?"

"Apologies, Nia. I know the house will be crowded today, but at 6 in the evening, Hannah'll be back. I was wondering if I can go home early.

I know that with the new client, there's no room for lethargy, but I promised Maria to take her on a date. The last time I had to leave her midway through the film when the Chinese attacked.

I cut him halfway, "Marcus, you're indefatigable. You're one of the best. That's why you are guarding the castle. It isn't like you go home early every day, and you've a girlfriend to spoil.

Don't fret! Once the catering delivery is over, go home. However, this is an exception and tell Brooker.

You know I'll be out of town, but once he gives you the all-clear, turn off your work's phone and unwind. I have to go.

Enjoy!" I make a mental note to send Brooker a message, the head of security team one, so he doesn't give Marcus a hard time before accepting his early leave.

"Thanks, Nia" He sounds very hearty and hopeful. I know the guards' lives aren't a walk in the park.

I know my rules are stringent, but they are well-paid, and in our job, there's no mercy and no apologies.

"McGarrett!" I see Steve leaning on the wooden bench amidst the spring's rosy flowers grown by Letty. It's pretty quaint here. I have to thank her for that- the sight is unbelievably relaxing.

The garden is literally a field of roses and lush bushes cut as a rabbit, a frog, a square and diverse other shapes which are all a simulacrum of peace and estival times.

"Nia! How are you? Long time no see. Well, Letty tends to take good care of the house. You're lucky to have such a friend! I heard you were in Syria. "

Tell me how are things with Laura? Last time, I saw you with the black eye, and I've been wondering how the man who had my back in Syria for three years got a black eye from a normal civilian.

"At least, I wasn't with a group of female friends strolling the streets on Valentine's day. It seemed like a "waiting for my boy" club. "

"Tobias was at work. This was Tris's first valentine's day as a wife, and Tobias had to finish a case he was working on, and Letty, well you know.

She doesn't remember she's even married after the accident, and she doesn't want anything near men. Casey'd have had a fit if he knew I didn't know her whereabouts. He still loves her.

I had no choice but to take them to Italy. They found Mark very compelling, and his unstoppable quips kept them occupied."

"You're not breaking up with Laura, are you?"

"I still love Catherine. It isn't fair for Laura to be with someone who doesn't love her. I don't want to use her.

I know Kate betrayed me when she didn't tell me she was CIA, and she used me to solve a case, but I love her Nia. I know she loves me, too.

When Surg Wiliams told me that all the investigation on Ruzek Martel were leaked to the CIA and that she was the one to do it, I was crushed, but I'm not blind.

I felt it how she loved me, and when she refused my proposal she said that she had to do it as if she was compelled, not under her will.

Then, Laura, from the other side, doesn't want a stable relationship. She saw the wedding ring I bought for Kate, and she thought I'd propose. She freaked out.

I'm that bad? Even you refused to be my girlfriend ten years ago. Now, relationships' expert, what do you think is the best course of action?"

There are few times Steve went that deep with me. He isn't like others. He's so self-sufficient, and he doesn't usually ask for relationship advice from me.

He knows that he is a brother to me and that I don't get into that kind of relationships.

I actually never had a boyfriend, and whenever we kissed, it was always a distraction when we were undercover. He has been my partner for three years in Syria.

We're a good team, and we were in the military together. Back then, when he tried to overstep the boundaries I told him politely it isn't for me, and from my tone, he knew it was serious.

The subject has been closed for years. I'm lost in thought to give him the best advice when I know quite too well what heartache is.

Everybody asks for my advice in diverse fields: work and relationships of every stripe, but what they don't realize is that giving advice is a game-changer,

and ever since I advised Jack to marry Lilly, and she ended up shot thrice in front of him by one of the suspects in a case he was working on,

I learnt that my feelings are not to affect my judgment. Jack was so hesitant to marry her notwithstanding all his love for her.

It was pretty conspicuous for a blind man to see that he yearned for her, but he tried to pull on a poker face saying he didn't want her to suffer as a widow.

Lilly died a week after their marriage and a month after her begging me to convince Jack to follow his heart, leaving him a widower.

I wish I didn't do as she told me; even 8 years couldn't make me forget her. We were two years after uni, the world ahead of us, as they say.

It was the prime of our lives, and now, Jack is a feelingless cop, who lives with the memory of his wife and works daily without caring for injuries or taking a break.

His success was beyond all expectations. We never thought he would pull through after she had died in his arms.

Focus, Nia! What's with me and memories today?

"Steve, I know that it's beyond hard, but why don't you give it a go? Maybe not Laura if you are not comfortable, but Kate isn't the end of the world.

There's nothing wrong with you, and you know that. You know that I don't date.

I can't be in such a commitment as I barely have time for myself let alone another person, but maybe you met the wrong people.

You can't live in this gruelling life with our hectic work with nobody to return to who is waiting for you."

"Speaks the woman who left her family's house after being told off by her sister-in-law for not showing up to dinner on time!"