Commaful
Juventus and Torino, a derby without end 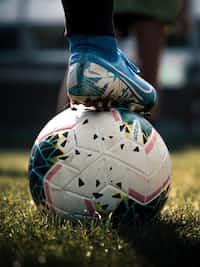 angelwriter Community member
Autoplay OFF   •   2 months ago
Transcript
"Derby della Mole" is the name of a challenge endless for the glory between Juventus and Torino.
feelings sportsoccerderbyfeatured

Juventus and Torino, a derby without end

In Italy the Turin derby between Juventus and Torino is still one of the world's top matches. It is also known as "Derby della Mole".

It is named after the Mole Antonelliana, a major landmark in the city and the architectural symbol of Piemont.

Juventus and Torino is the first derby of Italian football and the oldest meeting between two teams based in the same city still disputed.

This derby represent the juxtaposition of two opposing social classes. The fans of Torino usually represent the proletariat, while Juventus the bourgeoisie.

November 17, 1912 Is a date marked in red on the calendar of every Torino fan. The granata scored 8 goals to Juventus. That is the victory with the biggest gap in favor of Torino.

After the Superga tragedy of 1949 and the consequent technical impoverishment of Torino, Juventus has a period more favourable culminating in the derby of 20 April 1952, won 6-0.

Recent history has seen a marked dominance of Juventus.