Commaful
Stuck With You 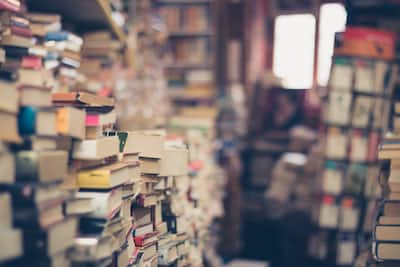 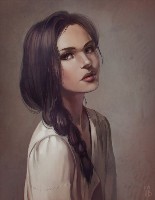 It started with a snow storm. Nothing big, at least not yet. Where a girl walked alone, an old book on her mind, and a hole in her heart.

She didn't like that he reached for the book. He liked her eyes. They were at a stalemate.

Fate had decided Today was the Day. Today was the day his sister spilt coffee on his copy and as it was his favourite .... Bookstores are miraculous places if the timing is right!

They argued, as the story goes. It was hers because she saw it first, but it was his beacuse he was there first. Who would have thought this would last until the blizzard hit.

The owner said they were stuck inside until the blizzard died down. He smiled. She laughed. "Care for a pot of Tea?"

They flirted, and laughed. He joked, though not very well. She did. He mostly smiled, wondered what his mother would think of the girl in the poka-dot beanie.

She would call herself a Jane Eyre. He would call her a Lizzy. While himself, he'd call a Dr. Watson, She'd call him a Gilbert Blythe. Because love is blind, even in a bookstore.

He liked the crinkle by her eye when she laughed. She liked the dimple in his cheek when he smiled. The owner hoped to get an invite to their wedding!!

They fell asleep in the isle they met. He awoke to find a book curled on her chest, his arm a pillow for her head. He didn't mind. He already knew this was the girl he was going to marry.

But when morning came, and the blizzard was gone, so was the girl. He found the book gift wrapped by his head, a note wedged in the wrapping.

"Tomorrow is always fresh with no mistakes in it." Anne of Green Gables. He smiled.

A couple met outside a bookstore, a snowstorm long gone. They instoduced themselves for the first time. "I'm Liz" "I'm Gil"

The owner of the bookstore looked on, a cup of tea in his hands and thought, there goes the boy with the book in his hand filling the hole in the heart of the girl with the poka-dot beanie.