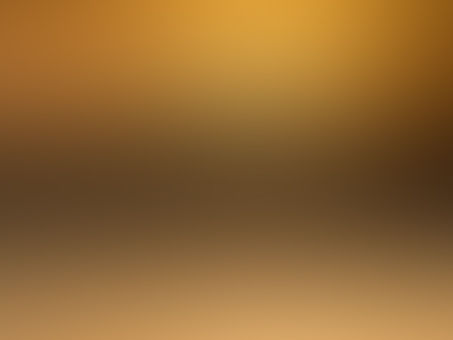 _amari_ Community member
Autoplay OFF   •   a month ago
Transcript Use Images
It had been well over a year since she'd been home but it didn't feel like home without her husband. She'd spent almost four months staying at a hotel to be closer to him in the hospital. Now the house wasn't a home, just a shell where a family used to be. The front mat was muddy and crooked. It read The Williams but the letters were hardly visible anymore.
fiction introspectionaginglife reflectionbittersweetbitter sweet

It had been well over a year since she'd been home but it didn't feel like home without her husband. She'd spent almost four months staying at a hotel to be closer to him in the hospital.

Now the house wasn't a home, just a shell where a family used to be. The front mat was muddy and crooked. It read The Williams but the letters were hardly visible anymore.

Ruth began to bend down to shake it out, clutching her cane, but her back didn't agree with her. Instead she straightened it with a nudge from her foot.

The door squeaked open. Curtis, her late husband, always hated squeaky doors. They reminded him of the sound a car made when the breaks were in dangerous disrepair.

He'd oiled them all regularly since they'd bought the house almost fifty years ago.

The front hall still looked the same, lined with empty shoes and a mirror that hung a little too high for Ruth, but just right for Curtis. I can finally move that down.

That didn't feel like the right thought to have considering the reason, but it was her first.

The grief never left her, but she had learned to make it a part of her life and eventually to move on.

She had to stay at her sister's for a while after the funeral before she could bear to come back here. Now she was ready. She took a long breath and headed to the living room.

"Oh my god." She forgot how much of a mess she had left the room.

Pillows thrown from the couch across the living room, a tipped over table, the tv on its side, a tipped over plant, shattered glass, all covered in dust.

The plant had completely rotted away, reminding her she hadn't been here for far longer than she'd like to admit, even to herself. She had forgotten about his last episode, willfully so perhaps.

The disease had gotten worse and this was the moment she decided she had to take him to the hospital to get treated.

It had run in his family so it was as unpleasant as it was to find out he had it too, it wasn't a surprise when his memory had started leaving him years ago,

but his sense of time and location had gone only months before his death.

There was a ghostly memory lingering in the room. The sounds of yelling and shattering still echoed. Even after coming to terms with it all, it was still potent. She carried on to the kitchen.

She and her friends used to joke she'd spend more time there than in any other room, even the bedroom. There was a little bit of truth to that.

More of her livelihood was spent in the kitchen than anywhere else. She kept her photoalbums down stairs too.

There wasn't room for them up in the bedroom where Curtis needed to work when it snowed too much to drive to the city.

The oldest album was stiff and dusty and she opened it carefully so as to not crack the binding. The first page was her baby pictures, then grade school, then college.

The first color photo was of her on her horse -- well her aunt's horse but she never rode it.

Ruth pushed the dust to the side with her finger and looked at her old self, young, brave, and with a back that could take a horseback ride.

I should've taken advantage of it while it was still so solid. She chuckled at the thought, but after a moment it didn't feel so funny. I can't remember what it was like to ride a horse.

I mean can but it's so foggy. Like looking through a mirror after a shower. I know it's there it just feels distant.

Walking up the stairs was hard. A delicate three step process to keep her weight from getting put too hard on one leg or the other. Step, cane, step. Halfway up she saw their wedding photo.

There's where it all changed. The first and possibly last time I ever smiled that impossibly big. I can remember that day clear as crystal.

The bedroom was filled with soft bright light, making the edges of the curtains, the bedspread, and the lamp glow orange. She loved the bedspread but always hated the bed.

Curtis liked it though and the bedroom was his room to choose on. The kitchen was always hers, unless he was adamant then it could be his too.

Oh come on he had to work and take care of the money I shouldn't think like it wasn't fair. But even the thought made her mouth feel just a touch bitter.

She'd been pushing it down for a long time. It didn't really feel fair. Not even remotely.

It was his goals, his house, his cars, his dreams, and now six years after he'd died she felt just as stripped of her dreams. It hurt like a teapot hissing when the frustration built to a boil.

Whenever I got like this I thought it was just sacrifices for the kids. I love my kids. I'd be willing to sacrifice all over again.

Then they left and it was just sacrifices for him and I love him and I'd sacrifice it all over again too. Now my time has passed and there's nothing left to sacrifice.

She looked around one last time before she settled on her decision. I'll try. I can't win back time and I can't ride a horse but maybe I can find something.