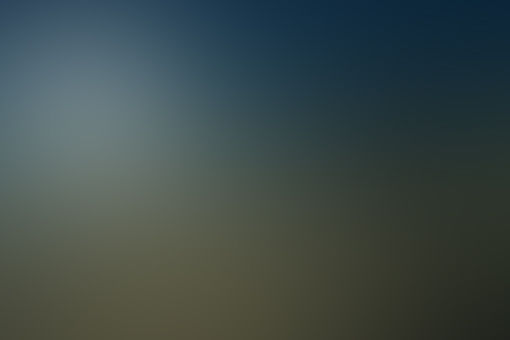 The thoughts and memories of millions of people swam around, abstract concepts made tangible and organised.

He danced in his embrosphere, sinking and rising in syncronisation with his breath, moving in between petty jealousy and morbid curiosity.

He stopped to watch a wedding, her hands in his, he was trying not to cry. He moved on, sifting through webs of thoughts that drifted away or expanded, mimicing their observer.

These people were all dead, they had been for a long time. Their eccenses the property of the Mother Corporation that birthed them, the work day didn’t end with your last breath.

Dreams and private moments were market research, arguments that grew out of hand lessons for future generations on conflict resolution.

He sank to the bottom of his sphere, until his feet dangled out the bottom. He liked this place the best, where the dregs lived.

No one else seemed to pay attention to these memories but his fascination with them grew with each passing day. It was here that the unhappy and forlorn dwelt.

He experienced the junkie’s last exhilarating hit before the blood began to drip from his nose.

He filled his mind with the regret and sorrow of the unfulfilled office worker who’s gazed never left the disc that counted down to five.

He enveloped himself in a sheet and wallowed with the women who wished that today hadn’t arrived.

Droplets of water rose out in front of him, warping and cavorting into fantastic shapes in the fluid of the embrosphere.

He stretched out his arms and let himself rise with his tears as the chorus of a song drifted around him before dissipating like unravelling string.

He was still humming the nameless tune as he tromped alongside his colleagues as they exited the office.

Their clothes dripped with amniogel but soon began to dry under the dull heat of the office lights.

The other workers chattered amongst themselves of their latest discoveries to show to Mother, hoping she would be pleased with their offerings.

They moved in unison down the perspex corridor, the view outside of repeating pattern of bubbles that stretched far beyond their vision.

Some were filled with workers like them, sifting and sorting the memories of their predecessors for useful data and discarding the rest.

Others, lower down were the gynospheres where Mother organised the cell cultures. She removed their impurities and distributed the resultant fetuses into the workforce.

You could not see to the bottom, it was too dark. It was kept dark by Mother as to not frighten her children.

The workers milled about, awaiting their assessments. The room’s walls sloped and curved with seats at the edges for the lucky few who arrived first.

Groups chatted, combining and separating as the conversation ebbed and flowed.

He would stand in a group, he would listen but rarely spoke, seeking to absorb as much information as possible as to please Mother.

A bell chimed and numbers were called as Mother called her children to her.

Soon it was his turn for assessment, he padded over to the door which rose as he approached. He had so much to tell Mother.

Mother was so beautiful. She swam with such grace, adrift and safe in her vast, conical shaped home.

He could feel the pulse in his blood as her tendrils propelled her around and around, the pattern of her movements unknownable to her children.

None understand the wishes or desires of Mother but all sought to please her. A tendril reached out, piercing the veil that separated him from Mother.

It stretched out like an uncurling fist and he stepped onto it. He was drawn inside her home, the fluid seeping under his clothes, under his skin, filling his lungs.

He felt Mother prying into this mind but he did not fight it, he welcomed it. Just as he had done before in his embrosphere, he spread out his arms and rose with the flow of Mother’s movement.

He felt a rumble reverberating from deep with Mother as she studied his thoughts. He felt as if his whole being was unravelling as Mother dug deeper into his psyche.

Finally he was released and left to drift for but a moment with Mother. She met his gaze, he could see his reflection in the glassy surface.

He saw skin part with his body, hair slide away and dissolve. He could feel her displeasure bore into him as his form began to dissipate, mixing with the fluid that surround him.

He was being reassigned, his body used as sustenance for his colleagues, his thoughts set adrift in their embrospheres.

He gazed up Mother, who had given him new purpose after his failure. Mother knows best he thought as his mind sloughed away into the ether.