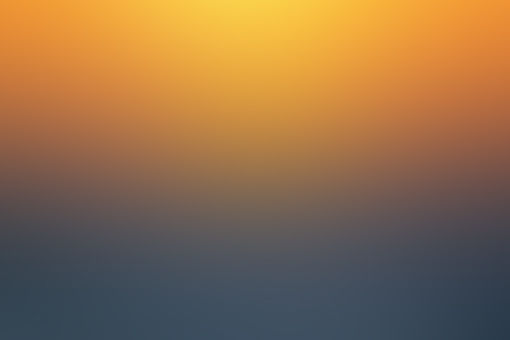 twixie Amber Gray is my spirit animal.
Autoplay OFF   •   2 months ago
Transcript
Percy Jackson finally proposes to Annabeth! But will she accept him? And will the gods allow it?
fanfiction percabethpercabeth chronicleslo velove-lovepercyjacksonpercy jacksonannabeth chasecute most romantic percyjackson fanfiction

Percy Jackson was worried. He had taken Annabeth on a date to central park and so far it had gone okay.

The had taken a horse-drawn carriage (and freed the miserable horse), gotten some ice cream (and kept a monster from destroying the ice cream stand), and were now taking a walk through the park.

Everything seemed perfectly fine, but the ring in Percy's pocket grew heavier and heavier as he thought of all the ways he could screw this up.

They kept walking and it was perfect.

It was a warm July day and had almost been two years after the Gaea attack. Annabeth was turning 19 in a week but for now, the two of them were still 18.

Some people would think 18 was too young to get engaged, but they had been through so much together that Percy was sure Annabeth was the one for him. But would she accept him?

Percy turned to look at her. "Annabeth? Am I good enough?" Annabeth was caught a little off guard. "Good enough? For what?"

Percy looked at his feet and thought of the misgivings and doubts he had had so many times. "Am I good enough for you?" He thought he knew her answer. No, he wasn't. He wasn't smart enough.

Brave enough. Enough for her.

But Annabeth glared at him with a fire in her eyes. "You idiot of course you are! Your so brave, and kind, and generous, and funny. You would do anything for the people you love.

So don't you dare say that! Don't you dare think you are not good enough because I love you seaweed brain and I always will!

" She kissed Percy and he took her left hand and brought a ring box out of his pocket. He got down on one knee.

"I was hoping you'd say that. Annabeth Chase, I love you so much. I love how smart you. I love how you get 100s on every test but still can't spell cyclops. I love how brave and fierce you are.

I love how you judo flipped me when you saw me in New Rome. I love how kind you are. You are the most amazing person I've ever met and I know you are the one for me.

Your my best friend and first love. My voice of reason and my conscience. And I want to spend the rest of my life with you."

He opened the ring box where a celestial gold band with a sea green diamond and two small ruby's, Annabeth's birthstone, on either side sat. Annabeth's eyes filled with tears.

"Annabeth Chase, will you make me happier than any god, mortal, demigod, or monster and marry me?

" Percy looked up at her with a hopeful smile on his face, but deep down he was worried she'd say no.

But Annabeth had been waiting for Percy to ask her that forever. She felt so happy and couldn't imagine saying anything other than yes.

And so she said "YES!" Percy slid the ring onto her finger and stood up. They kissed and for a moment the world melted away. Nothing else mattered except the two of them were there.

And the two of them were happy.

But then there was so much noise as all of their friends rushed them.

Alex Fierro, and Rachael. So many people were happy for them.

Mount Olympus is a different story.

"Poseidon tell your kelp-brained brat that he is in no way good enough for my daughter!" Athena roared.

The gods had seen the entire proposal and at least 10 of them were filming it to put it on youtube.

"Athena it's adorable!" Aphrodite said. Hera nodded and said, "I hardly ever agree with Aphrodite but even I can't help but love this pairing."

Hera glared at Zeus. "And we all know Percy will be FAITHFUL and LOVING and an AMAZING HUSBAND." Zeus scratched the back of his neck nervously. "Yes of course honey."

Poseidon said to Athena "Athena you just need to accept that Percabeth rocks! I've never been prouder of Percy! It takes guts to propose to a woman."

Athena rolled her eyes. "Speaking of that insufferable ship name, can I blast that upstart Rick Riordan into a million tiny pieces?" Zeus rubbed his temples.

"Athena, you cannot blast the storyteller of the gods into a million tiny pieces. Not to mention he's the official scribe to Camp Half-Blood."

Athena gripped the armrests of her throne. "Then let me destroy that completely awful fandom! Those little monsters immortalized Percy and Annabeth as a couple forever!"

Hephaestus was having none of this. "If you destroy the fandom then I'll destroy Harvard Law school." Athena gasped. "You wouldn't!" Demeter gave a long sigh. "He would."

Ares slammed his fist on a table. "BACK TO THE MAIN POINT! I say we blast Percy Jackson and let Annabeth live." Poseidon said, "There is no way in Hades you blast my son!"

Zeus yelled, "NO ONE IS BLASTING ANYONE!" Finally, Artemis spoke up. "I say we don't do anything. They're in love and probably won't listen to anything we say. And besides.

What happened to not interfering in demigod's lives?"

Now, most of the gods didn't interfere with the happy couple. But when the two of them got to their cabins at Camp Half-Blood, they found some gifts on their bed.

Books for Annabeth, and blue sea salt caramels for Percy.