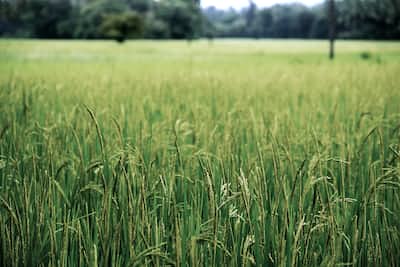 twirlyscientist a wanderer
Autoplay OFF   •   3 years ago
Transcript
I'm not grass.
schoolbulliedpersonalpositive

How it used to be

I had never known how it felt to be bullied. I was lucky enough to go to an elementary and middle school where bullying just didn't happen. That's how it was.

My group of friends was great. We loved hanging out and always had fun together. I still consider these friends some of the best I've ever had. My favorite memories were made with them.

Once my friends and I graduated from middle school, we parted ways and all went to different high schools. I felt so alone at my new school. I didn't know anyone there. The worst part was...

It seemed like all the other kids had known each other for years. Everyone else had friends, but it was like I started back at zero again. I was alone at a new school, and I felt vulnerable.

While trying to make new friends, I had my first encounter with a bully. She called me names, made fun of me, and tried to isolate me. She even threatened to hurt me. I had no idea what to do.

I tried ignoring her, but it got worse. She told her friends about me and got them into it, too. People who didn't even know me were giving me dirty looks and bumping into me in the hallways.

Another girl began to bully me. This girl would make sure I could hear her before making fun of me with her friends. She laughed at how I looked and said nobody wanted me to attend our school.

Every day was a gamble- if I went to school, would they hurt me? I was always afraid it would turn into something worse, something ugly. Maybe one day I wouldn't be able to come back home.

I made a few friends and ate with them at lunch. Even though they weren't like the friends I used to have, I was glad to not feel so alone anymore. I also joined a club and became its treasurer.

Even though my bullies still try to hurt me to this day, I'm still going strong. I don't intend to stop any time soon. It gets tough at times, but I believe in something that keeps me going...

This is why I hold on. I have worth, and there are people who love me unconditionally. There are things to experience, ways to grow, and so much more. I can't limit myself to what they tell me.

I don't know the situation you're in. But I do know one thing- you matter too. There's so much that is good and beautiful in life. Don't let them stop you. You deserve happiness, no matter what.

"If I am worth anything later, I am worth something now. For wheat is wheat, even if people think it is grass in the beginning." -Vincent Van Gogh