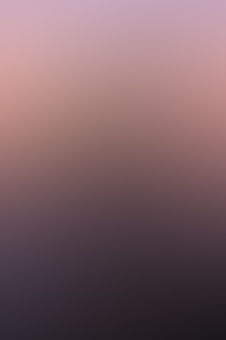 turtbergs Community member
Autoplay OFF   •   3 months ago
Transcript
I had moved into my new apartment almost a week ago. So busy focusing on unpacking, organising and getting comfortable, that I hadn't noticed how good looking the neighbour across the hall was. I saw him leaving his apartment this morning, wearing a black hoodie, dark jeans and combat boots. He was tall, about 6'3, fit and muscular.
fanfiction romancefrank castlefan ficfanficeroticpunisher

I had moved into my new apartment almost a week ago. So busy focusing on unpacking, organising and getting comfortable, that I hadn't noticed how good looking the neighbour across the hall was.

I saw him leaving his apartment this morning, wearing a black hoodie, dark jeans and combat boots. He was tall, about 6'3, fit and muscular.

You could tell by his frame that he took care of himself, and he had really good posture. He had his head down, and earphones in and I tried to smile at him to say hi, but he didn't notice.

He walked down the stairs and out the front door and I got those familiar butterflies I get when I see someone really attractive. 'oof' I thought.

'Focus Emily' I reminded myself, Youre going to be late for work.

It was about midday, I was on the late shift today. I hated the late shift. This neighbourhood wasn't great and walking home at night was always pretty scary.

I always put my keys between my fingers, and I had a small knife in my bag, but I don't have a very big frame.

As I left my apartment I couldn't help but think about my new neighbour. What was his story anyway? I kind of like the idea of a mysterious handsome neighbour.

He probably has a girlfriend, he's too cute to be single.

A girl can daydream though right.

Before I knew it I was at work. I do data entry for a law firm most days and sometimes I pick up a shift at a diner on nights when the owner needs help.

I don't mind working so much as it keeps me busy. I don't know anyone in this neighbourhood so I get pretty bored.

Tonight I was working at the diner. The lunch rush had just started and I spent the better part of the next few hours taking orders, filling up coffee cups and busting tables.

I keep to myself mostly, but I'm friendly with customers and the boss is really nice. She's an older woman, about 50, and she calls me sweetheart which I don't mind.

Around 9 pm, an hour before my shift finishes, the bell rings as the door to the diner opens. Someone comes in and sits down at a booth.

I'm facing the kitchen and I grab my notepad and walk over. They are wearing a black hoodie, dark jeans and combat boots. Could this be? I thought quickly to myself.

Butterflies fluttered in my stomach as I walked towards the booth and saw that it was my neighbour.

"Hi! What can I get you?" I said cheerfully

"Just coffee. Black" He answered, not looking up.

I poured him a cup, and set a menu down Infront of him "the food is really good here" I offered with a small smile. I started to walk away and the mysterious man spoke up.

"What do you recommend?" He asked flatly.

"Well, around this time I like to have pancakes." I replied, happy that he was talking to me.

"Okay!" I stated and walked away.

A small smile crept on his lips as he looked out the window.

He finished his pancakes just as my shift was about to finish. It was 10pm and the nervousness I usually feel around now started. I hate walking home this late.

I put my apron out the back, said goodbye to the chef and Rose, the owner, and got my bag from under the counter.

"Hey, uh, you live in my building right?" A mans voice spoke up. My neighbour was at the cash register and placed money on the counter.

It made me jump a little, I was in my own world. "Yeah I think so" I replied, trying not to let on that I was daydreaming about him earlier.

"Can I walk you home?" He offered, as he pulled down his hood. I saw that he had a beard and dark brown almost black hair. His hair looked like it had been growing out for a couple of months.

"It's a pretty bad neighbourhood, we are going the same way anyway."

"Uh yeah okay" I shrugged. Thankful of the company, and maybe I'd get to know him a little bit better. I was a little wary of him, but he seemed nice enough.

We walked towards our apartment building together, he didn't say anything for a long time, and I didn't want to press conversation if he wasn't much of a talker.

I enjoyed the quiet and I couldn't be bothered with small talk tonight.

We walked past a homeless man sitting on the ground against a building, who asked for same change. I stopped and handed him a couple dollars. "Thanks lady"

I noticed he had a dog companion and I asked if he needed dog food. "No thank you, we are fine, thanks though" he reassured me.

The neighbour watched this interaction from the sidelines, looking curious. "That was decent of you", he commented as we walked away.

"Uh yeah" I replied, feeling a bit uncomfortable about the comment.

"People in this city usually ignore people like that", He stated.

"That sucks", I looked at his face and he kept his head down, his heavy boots scraping against the ashfault. Something about this guy makes me want to get to know him.

Maybe he's just a pretty face and I've been alone too long.

We made it to our building and he opened the door for me. We walked up the stairs and I put the key in my apartment door.

"When is your next shift at the diner?" He asked, his expression was flat and serious.

I was surprised at the question, wary but curious. "Why?" I asked suspiciously, maybe a little too harshly.

My harshness made him smile a small smile out of the corner of his mouth. "The name's Frank, I like the coffee and pancakes at your diner, and this is a bad neighbourhood.

Do you want company walking home after your next shift?" He offered, a tad flatly.

I had never heard him speak so much, and I like the sound of his voice. "Uh yeah, okay. I have a shift tomorrow night that finishes at 11:00. I do get kinda scared walking home on my own.

Thank you" I looked at his face and he looked a little concerned.

"I'm Emily" I offered my hand out to him and he took it. His hand was big and rough, and it was kind of sexy. We shook hands and smiled at each other.

"Goodnight Frank" I said as I opened my door.

"Night" I heard him mumble as he walked through his.

I closed my door and took a second to think about what an interesting night I've had. I had a quick shower and hopped into bed. 'Frank' I thought to myself, huh.