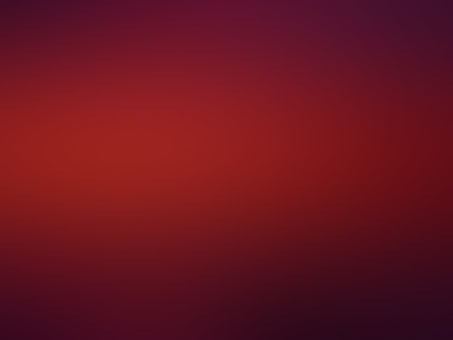 Remus: I like it when my mouth is full Remus: Because like, when I swallow a very big amount goes down and it feels like I'm going to choke Remus: And I really like that feeling Deceit: Deceit: Jesus FUCKING CHRIST, Remus Remus: *bites chunk out of deodorant* What? It's the only valid way to eat deodorant ;3c

Roman: Someone said she made one of the first edible paintings. Any painting is edible if you're brave enough

Roman: *hugs a cat* He kicked my forehead Patton: Uh oh he's in his rebellious stage *cat gets up and walks away* Patton: There he goes, off to college or something

Roman: *discussing Harry Potter* Actually, Sirius isn't dead. After he fell through the veil, Harry reached in, grabbed his ponytail and yanked him back out Virgil: This is something I can get behind Remus: ;)

Virgil: What are you on? Deceit: Definitely not cocaine Virgil: That was convincing

Remus: I'm here to teach kids that they don't need illegal drugs to have a good time. Prescription will do just fine

Remus: *eats deodorant* Roman: THIS IS WHY MOM DOESN'T FUCKING LOVE YOU

Remus: I'm not like other siblings. I'm dysfunctional _________________ Virgil: I am pure doom and destruction! Roman: You are literally holding a kitten Virgil: SiR sNuFfInGtOn Is ThE sCaRiEsT kItTeN iN tHe WoRlD aNd WiLl Be TrEaTeD aS sUcH

Remus: BITE ME, I DARE YOU Deceit: DON'T BRING YOUR KINKS INTO THIS (bonus made by me_) Virgil: Wait, how would you know that- Roman: Unless- Deceit: Don't. You. Dare.

Deceit: I totally understand the appeal of pettiness, snark and the pleasure of revenge. But seriously, where's the satisfaction if someone hasn't actually wronged you? Meanness is only fun if they've got it coming Roman: That was very slytherin of you to say Deceit: Dickery should be a function of justice only

Deceit: So yeah, Roman made fun of my name the moment I said it. But I'm fine Remus: Remus: Then why are you looking up? Deceit, heavily fanning his face: My foundation was $45.. and I'm not about to let him ruin it Remus: Oookay.. Remus, now heaving his morning star over his shoulder: I'll be right back, you just go ahead and put on a movie

Remus: How would it feel to shove a knife up your butt? Deceit: Say one more word and you'll have an answer to that

(tbc 2) Roman: Oh I so do not like you- wait.... Roman: VIRGIL Virgil: *from another room* WHAT? Roman: IS DECEIT POISONOUS? HE BIT ME *loud sounds of hurried footsteps* Virgil, sliding to a halt before them: W H A T ? !

Deceit: I love you despite your flaws Roman/Remus/Logan/Patton: I have flaws? (Multi-shippers out there can have this-)

Roman: For this mission, I wore the perfect disguise to make sure I was never noticed by anyone. Something so drab and uninspiring- Logan: I feel like this is going to be a dig at me Roman: I wore Logan's clothes Logan: There it is

Deceit: When you've worked in Law as long as I have, you develop thick skin Logan: *walks passed Deceit* Yellow is not your color Deceit: Yellow bRINGS OUT MY EYES, YOU PRICK

Logan: I'm a scholar and a gentleman Patton: And I usually don't try to fall when I stand Virgil: I lost a bet to a guy in a chiffon skirt, Roman: But I make these high heels WORK Remy: I've told you time and time again, Deceit: I'm not as think as you drunk I am

Remus: Y'know if you sleep right now, you wouldn't know if a meteor is coming down here and you would wake up dead Thomas: Oh my god, shut up for once and let me rest

Patton: Can we have a birthday cake? Logan: It's not your birthday Patton: The cake won't know

Logan: Pick your battles. Pick.. pick fewer battles than that. Put some battles back, that's too many Roman, frantically trying to hold onto his armload of battles, battles falling out of his pockets: NO I need ALL these battles

Meanwhile, in the dark side of Thomas' mind: Remus: What if the sex toys were alive in Toy Story? Deceit: Remus, no... Remus: You've got a friend IN me... Virgil: *spits out water suddenly*

Deceit: Your kinks disturb me Remus on the bed, posing seductively inside a hot dog suit: What do you mean?

Virgil: Roman, I've known you for a while and I feel like it's time we took a next step forward in our relationship Roman: What? Virgil: *gets down on one knee* Virgil: *pulls out a sticky note* Here. My WiFi password

Remus: Welcome to my very first vlog in which I try different hair products! Remus: *sprays hairspray into his mouth* Remus: Well, I can tell you right off the bat that this one's not very good

Deceit: Prepare for trouble Remus, sliding out from behind him: And make it double! Thomas, falling out of his chair: aaaaAAAAAAAAAAAA

Deceit: *Deceit and Remus sitting on the sofa* So what did you want to show me? Remus: ... Remus: ALEXA UNLEASH THE BEAST *hundreds of roombas emerge from every corner of the room* Deceit: JESUS CHRIST

Logan: Can you get the laundry detergent on your way back, Virge? Virgil: Laundry detergent? Logan: You know the liquid you pour into the washing machine Virgil: Oh you mean laundry sauce! Logan, utterly disgusted: What the fuck

Deceit, raising his voice slightly to speak to Remus on the other side of the grocery aisle: Do you want any chips? Remus, screaming: I'M ALWAYS A SLUT FOR DORITOS

Roman: Truth or dare? Virgil: Truth Roman: I dare you to kiss me Vigril: *kisses Roman* Logan: .... he didn't even choose dare

Virgil, jokingly: And remember, you're not allowed to fall in love with me Roman: Won't be a problem Roman, two days later in the middle of the night: THerE's A PrObLem/THERE'S A PROBLEM (Which is better, you decide)

Remus: Yum thanks Kidnapper: *putting more duct tape over his mouth* I said stop eating it

Deceit: Remus is one of my best friends Remus: *doing the Fortnite dance* Deceit: I lied, I don't know this man

Deceit: (over the phone on Halloween) Cops said there was a crazy dude with a mask running around my neighborhood. Try not to get stabbed Remus: If he was naked.. that was me

Patton: What's the worst decision you've made while drunk? Roman: I don't mean to brag, Padre, but I don't need alcohol to make bad decisions

Random person: Aren't you gay? Logan: This implies I did something heterosexual. If so, I apologize

Deceit: Hey Remus, have you seen my- Remus: *chucks gatorade at him* Deceit: Deceit: I'll take that as a no

Logan: Can someone explain to me why there is a cow in the common room? Roman: I wanted some milk but we ran out so I panicked and bought a cow

Logan: *walks into the kitchen* Deceit, back turned: Hello Logan Logan: How did you do that with turning around? Deceit: I'll be honest, the first couple of people I did that to were not you but... here we are

Logan: Sleeping is nice, because you're not actually dead, and you're not awake, so it's a win-win situation Virgil: It's like being dead without the commitment Roman: An open relationship with death Deceit: Death with benefits Remy: An every night stand

Patton, looking in the window: Look! Remus is reading a christmas story to the kids Deceit: See, I knew we could trust him to watch the kids while we were gone Patton: I wonder what he's reading... Remus: 'Twas the night before bitchmas and all through the hut, a creature was stirring: me, busting a nut-

Ellen: So I heard you like Virgil Sanders Roman: You have no idea *MCR starts blasting in the background* Roman: Omg Ellen, you didn't Virgil: Virgil: I'm your HUSBAND, you MORON

Logan: What do we say when someone disagrees with us? Roman: That's homophobic Logan: No

Logan: Patton and I will never become such a gushy couple like you and Virgil Roman, smirking: Oh? That's fine, because you can be a different type of couple- ah, I distinctly remember /someone/ calling Patton 'daddy' Logan: *intense spluttering* hOLd ON- THAT IS- THAT IS TAKEN OUT OF CONTEXT Virgil: LIKE IT WAS BETTER IN CONTEXT-

Patton, sneaking into Logan's room at 1am and a floorboard creaks: Logan: what are you doing? Patton: u h- sleepwalking Logan: you're wide awake- Patton: I just want cuddles pwease

Deceit: *holding a green leash* Remus, put your fucking shoe back on! Tiny!Remus: *holding a morning star over his head* I'm gonna go kill my brother! Deceit: *holding a purple leash* Virgil, stop lying on the floor, it's filthy! Tiny!Virgil: *lying face down on the floor**muffled screaming* Deceit: And- *sees his orange leash has snapped in half* ...OH SHIT I LOST A KID

Virgil: Hey L, did you know "thot" means thoughtful person? Logan: Really? I didn't know this slang *later* Logan: Thanks so much for helping me hook up my xbox, Roman. You're such a thot Roman: *wheezing* I'm a WHAT?

Roman: *smiles* Virgil: *slams his hands on the table while blushing* That's it! I'm killing him! Logan: Or, you could man up and ask him out instead Virgil: ....But killing him would be easier

Virgil: *sneezes* Roman: *rushes into the room at top speed* *talking way too fast* Oh my gosh, Virgil, are you sick? I'll make some tea, don't get too cold, stay by the fire, you poor thing!!! Virgil: ..... Virgil: Roman, I just sneezed. I'm fine *later* Virgil: *is actually sick* Roman: I told you- Virgil: I KNOW

Roman: I don't even like you! Deceit: I'm pregnant! Roman: What? Deceit: Sorry, I thought we were telling each other things that obviously weren't true

Logan: Why are your tongues purple? Remus: We tried slushies! I had a blue one! Deceit: I had a red one Logan: Oh Logan: Logan: OH-

Remus: Dee, truth or dare? Deceit: Dare Remus: Pin me against the wall and kiss me! Deceit: ...I'm not going to do that in front of the others Remus: *looks at the others then back at Deceit* ....They can leave if they want to-

[Logan and Virgil are looking at Logicality's wedding photos] Logan: I remember, during the service, Patton was crying so hard, he couldn't even say the words "I do". Have you ever seen anybody cry so much? Virgil: That was you, Logan. And no, I have not

Virgil: You are late Roman: Sorry, had to make myself beautiful

Remus: I'm trying to resist doing the things I'm addicted to Roman to Deceit: What's he addicted to this time? Deceit, annoyed: Me and I'm totally not tired of him resisting me! Roman, quite casually: Gross

Virgil, in a Narrator Voice: "I'm a writer," he whispered to himself as he doesn't fucking write Roman, in a shame blanket: I came out here to have a good time and I am honestly feeling so attacked right now

Thomas, asking about the dark sides: I need you all to be straight with me Roman, looking at the others: That's going to be extremely hard for us

Remus: Guys, I got a snake!!! What should we name him? Virgil: I'm sorry, you got WHAT Deceit: William Snakespear

Voltron Incorrect quotes (Smudge because of how long this is, sorry ^^;)

Keith at a restaurant/fast food place/any business related to serving food: *looking at the menu* It doesn't have what I want Lance: *looks over* What do you mean? What do you want? Keith: It doesn't have 'different flavors of lance' *searching through the menu as he says this* Lance: ...what... Keith: What... (This one's mine)