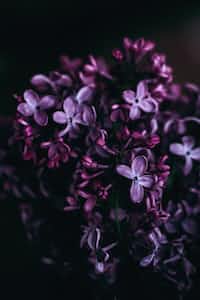 tille 22y/o...Short stories and thoughts :)
Autoplay OFF   •   4 months ago
Transcript Use Images
As we made our way through the forest, an eerie feeling filled my gut. What if we didn't make it in time?
fiction fantasyfictionhumoradventuremonstersrebellionwolvesaction craziest action storiesfunniest fiction stories

As we made our way through the forest, an eerie feeling filled my gut.

What if we didn't make it in time?

Who knew what the trackers were planning to do to the children.

Again, they were animals, they could have been hunting the kids for sport, they wouldn't think twice before killing them.

A callous howl could be heard in the distance. Emory and I both stopped in our tracks.

The trackers were becoming sloppier, they believe they had gotten away and that they no longer needed to conceal themselves.

"They're not far," Emory said with a serious look on his face, "It sounds like they're just beyond the pine border."

I nodded my response. They had to be by the pine border, they just had to.

The closer they got to the edge of the forest, the slimmer our chances of finding them became.

The pine border was the fine line where the oak trees ended and the pine trees began. It also marked the end of our territory.

Once we crossed the pine border, we would be making our way into centaur lands.

The centaurs were good creatures, however, they would not help us.

They were a dying breed who had sought refuge in the forest, and they had a special bond with the druids.

They revealed themselves to those of the purest magic, so only the druids were able to find them.

Had Finch been with us, then we could potentially have been granted their help, but as humans, we couldn't speak with them.

We didn't even make it to the pine border before we saw the first tracker.

They had made a small campsite downhill from where we were.

We were lucky enough to be stationed upwind, so the trackers wouldn't catch our scents.

Carefully we hid behind the top of the hill, lying flat on our stomachs.

"Shit," I whispered. Seven trackers guarded the site, all in their wolf forms.

"You can say that twice. Look over there," Emory hissed and pointed beyond the trackers, where three small children sat, guarded by two ogres.

The kids were frightened, you could see them shivering, hear them crying, it broke my heart.

I had often taken the two boys Marco and Kye hunting, and the young girl Eloise always helped her father deliver bread back in the camp.

"This must be what the scouts saw," I said through gritted teeth. Seeing the children like that, awoke something dangerous in me.

I could only imagine the anger and hatred that Emory must have felt.

"I thought Finch said the forest had turned them around, that they were heading back to the Shelian castle.

How did these make it all the way across to the opposite side of the forest?" Emory dug his fingers into the soft ground, doing his best to control his rage.

"I might be wrong... but I think our dear old forest missed a few," I said and grabbed the hilt of my sword, "It looks like Galien might get his battle after all."

"How the hell are we supposed to fight all of them? I've never seen a pack of seven trackers before. They're usually too hard to control," Emory hissed.

"Their alpha must be one hell of a mean guy," it was my only explanation.

Their packs usually only had three wolves, five at the max. Or the risk of a fight for dominace would be too great.

Two of the wolves were calmly circling their camp, keeping their eyes upon the rest of the pack.

I couldn't shake the feeling, that there was something odd about their behavior.

The way they looked at each other as if communicating through their eyes.

There was unison in their movements like one wolf was the mirror of the other.

Even their fur was identical, the dusty gray coat and dark-rimmed ice blue eyes.

And then it hit me, we were dealing with not only one alpha, but two.

It made sense, the similarities between the two trackers were no coincidence.

"Emory, I might have to change my answer. You see the two wolves circling the others?" I asked, knowing he would figure it out.

Once he really looked at the trackers, it didn't take him long to understand what I meant.

"I didn't think it was possible. Twin alphas?" he exclaimed with furrowed brows, shocked at our realization, "I hope your brother gathered the entire cavalry, or else we might be fucked."

I nodded and tightened my grip on my sword, feeling calmer just having it in my hand.

One of the twin alphas stopped abruptly, perking its ears towards our hiding spot.

Both Emory and I froze, holding our breaths.

However, it wasn't us the wolf had heard.

In the distance, a deer came running through the forest. It was fleeing from something and I had a pretty good idea of what it was.

My brother had picked up our tracks, accidentally alerting the deer, sending a butterfly effect into action.

The wolves were now alerted that something was coming, and you could see them moving into formation.

They were not getting ready to fight though, they were moving out.

I locked eyes with my best friend, we needed to keep them here until our squad arrived.

If the tracker managed to get away now, they would hide their tracks once more, and we probably wouldn't be able to find them again.

Emory nodded, he was thinking the same thing, the concern in his eyes told me as much.

I winked back at him and rushed to my feet. Time to turn on the charm.

I whistled to get the trackers attention, "Hey doggies, wanna play fetch?"

Emory shook his head and got to his feet as well, pulling his curved twin blades from their sheaths on his back.

"One day your comments are gonna get us killed. Couldn't you at least have given me a slight warning, that we were going now!"

The trackers snarled in unison, a horrendous sound that made the hair on my neck stand up straight.

"Well, you know the saying, hesitation leads to procrastination," I grinned and rolled my shoulders, feeling the earlier tension leaving my body as it prepared for the upcoming fight.

Drawing my sword from its sheath, I slowly made my way down the hill with Emory following behind me.

I didn't need to look back to know, that his blades were crossed behind him in the Paforth family's sword style.

The two alphas came to the front of the pack, their canines showing and drool dripping from their snarling muzzles.

"We just want the children. Hand them over and we'll let you leave," Emory ordered.

One of the alphas barked in a laughing manner. Then they sat down, staring at us, their cold blue eyes assessing every move we made.

"Don't worry kids, we'll get you home in no time, just stay out of the way," I smiled reassuringly to the kids.

The two ogres hadn't moved from their positions near the children.

They were known for being dumb and strong, but once they were given an order they would stick to it.

It was what made them dangerous, cause like the trackers, they kept coming back if you didn't kill them.

Emory and I just needed to stay alive until my brother and the rest of the cavalry arrived.

Easier said than done, however, I had always loved a challenge.

The first wolf attacked and I felt a gust of air as Emory ran past me. Each of his swords moving in circular motions along his sides.

"Hey, that one was obviously mine!" I yelled after him. I didn't get to hear his response before I was tackled to the ground. The children's frightful screams getting muffled as I hit the ground.

Neither of the wolves who had attacked us were the alphas. The one who had tackled me was a mess of brown fur and snarling teeth.

"Shit!" I cursed, I had lost my grip on the sword when we fell. This wasn't a great start.

I braced my arms against the throat of the animal, pushing the razor-sharp teeth away from my face.

If only I could reach one of the knives that I carried. I would be able to fight it off, however, that meant letting go of the wolf with one arm.

The thing was huge and weighted a hellish ton, removing one arm to grab a knife wasn't ideal.

Over the wolf's shoulder, I could see the two alphas sitting, patiently waiting while the last three paced back and forth.

Why weren't they attacking all at once, they clearly had the advantage.

I groaned through gritted teeth, as the wolf above me kept snapping.

"Keep that up and you bite my nose off. Bad doggie," I said. The wolf growled annoyed.

I could Emory's swords clashing in the distance. I almost felt bad for the wolf that had attacked him.

The Paforth family was known for being the masters of the twin swords. Emory had been the family prodigy, who fought with natural ease.

I couldn't see him, but I knew that every move he made was graceful... like an ancient dance.

I focused my attention on the wolf over me, jerking my body from side to side. I had to throw it off somehow.

Just as I was about to roll over, I heard a whistle and the wolf howled.

Whatever had happened distracted the creature enough for me to roll it off and get back on my feet.

A short arrow was embedded into the side of the now whining beast.

I looked over to see Emory, standing over the corpse of his assailant. He had his hand-held crossbow aimed at the wolf in front of me.

"Show off. You clearly got the easy one," I picked up my sword and took a step towards the wolf.

Emory had gotten a pretty good shot at the thing. It was wheezing and whining, trying to drag itself towards me. It was still not giving up the fight.

All the other trackers were growling, their ears were lying flat, their bodies were rigid and their eyes were wild. All except for the alphas, they were still just sitting, watching us.

Gripping my sword tightly, I thrust it deep into the tracker's throat. Never breaking eye contact with the alphas.

"Kit!" someone yelled from behind us, and I smiled.

The cavalry had arrived.

Chapters so far: 6.Sword and crossbow 5.Wolves and fangs 4.Defenders of light's council 3. Reminiscing the past 2.Caught on thin ice 1.A favorable disaster 0.Prologue

Hey guys♥️ It took me a while to finish the 6th chapter of the light bringers. however, here it is and I hope you all enjoy it. Love Tille♥️