Commaful
The Beauty and the Blind 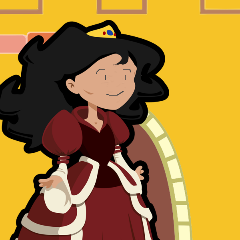 The Beauty and the Blind

There was a lovely, sweet princess who would be the heir to one of the greatest thrones in her time. Her name was Althea. She was smart, funny, courageous.... But she only lacked two things.

Beauty and a Prince.

She was cursed with plainness. She was not beautiful to other people's eyes. And her curse would only be broken when her true love found her beautiful. But as Prince after heir met her-

And turned away, she grew discouraged.

She would never find her one and only.

Her father hosted a huge party, with important guests and lots of good music. He said it was for her. But the last thing Althea wanted to do was to go to the ball and be criticized.

She begged, implored, cried and fought-

But her father stood firm. "You will go, I command it." Althea was sad. But she decided to face whatever was before her. She was strong, wasn't she?

She dressed up in the best dress she had.

And she went down to meet the guests. And much to her surprise, a young man asked for a dance. He said his name was Graham, Prince of one of her father's alliances. She accepted.

They danced, and danced, ad danced...

As well as talked and joked, all through the night. But as all good things have have to end, the morning soon appeared.

"You know," he said finally.

"People have always told me you weren't beautiful. But tonight I have had the opposite impression. You are very beautiful." Altheas snorted in disbelief.

"You must be blind." She said.

about the moral! Did you like it? What do you think of it? Hope to see what you guys think soon!