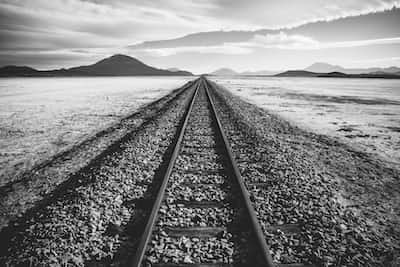 My head throbbed with pain as I woke up. My eyes fluttered open, the light blinding, so I squinted. Groggy from my sleep I slowly glanced at my surroundings.

Where was I? My neck hurt like hell whenever I tried turning it so I peered through my eyes.

All I saw before me was bright rolling hills.

When I saw those, I thought back to the time when Shelly and I would dance in the breeze with the flowers. Shelly, I thought. Her pretty face formed in my thoughts.

I remember her soft blue eyes turning cold with fear, but why was she afraid? What was she so terrified about? A low train whistle rumbled my thoughts.

Suddenly everything flowed back, the car, the train, the accident, Shelly.

Oh my goodness, was Shelly okay? Panic struck me as I thought about all of the horrific things that could have happened to her.

I had to see if she was safe, I had to know if she was alive, if she was okay. I glance in the rear view mirror to see Shelly white as a ghost, teeth chattering, her whole body still.

She was in shock, I did this to her. I craned my neck so that I could she if anyone else was okay. I sucked in a sharp breath as I rebelled against pain.

My mom was either dead or unconscious her lips were blue and blood pooled at her feet. Joe's chest didn't rise or fall, his green eyes and mouth were agape.

I let a tear slip, he was my best friend, and the last moments we had were fighting. The last words I had spoken to him were, crude, and I could never take them back. I killed my best friend.

If he had never agreed to my begging of coming on this trip, he wouldn't be dead. It was all my fault.

The train whistle blew me out of my thoughts, it was closer now, advancing at a high speed. I tried to move to get Shelly but instead pain shot through my left leg.

I gasped, my leg was trapped by the door, pinned down and bloodied. No, no, no, I lurched for my sister over and over again, trying to free myself from the restraint.

I need to save my sister, I need to get her out. My head pounded in pain, I noticed a drop of red dripping from my sticky hair.

Toot, toot, the low solum tune, fuelled my adrenaline. I had to get her out, I had to. I tugged on the handle of my door, but it wouldn't budge.

My moms door was pinned to the pole were the arm had descended onto our trunk, denting it.

Clicking on the button for the window to go down didn't work, meaning that the vehicle had lost its power.

Toot, toot, it sounded closer, the engine chugging hard and fast. The spiderweb cracks in the window caught my attention, I'll just punch it, I thought.

That is what I did, or at least attempted to do. My arm went limp, and my knuckles popped. I need something sharp, I pondered.

Finally it clicked, I unclasped my head rest and pounded the window repeatedly. Glass littered everywhere, especially on my lap, but all that mattered was Shelly.

Toot, toot, the train was getting too close. I couldn't save anyone's life but Shelly's. I reached as far back as I could to get her attention.

When she saw my gestures to the window, she quickly climbed out to safety.

Toot, toot, this was it, I thought, she will live a full life and become a writer, and I will die today. Shelly looked at me longingly sad stare, but I just gave a sad smile back.