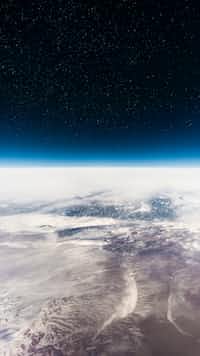 syl Writer of Short Stories
Autoplay OFF   •   5 months ago
Transcript Use Images
As earth descends into sickness, humans discover a way to reverse the decay.
fiction sciencefictionscience fictionapocalypseclimate changeclimatechangeenvironmentlivelovelive storyscifi

He would see her again. He knew that, felt it in his heart. He would pour his heart and soul into his work, contribute enough, so that the next 50 000 could be revived.

She had to be on that list. She was a botanist, and a renowned and well-respected one at that.

He studied the data on the screen before him, and felt a spark of hope.

The planet's recovery was quick, quicker than he could have imagined.

The biosphere integrity index had risen, and the global surface temperature had dropped by a fraction.

Their strategy made sense, he knew. It was a solid one. And it seemed to already be working.

He would be a hundred percent behind it, if he had not been separated from her.

He looked at the projections on the screen. Earth's recovery seemed to be headed in the right direction, across all indices.

At this rate, he would be able to see her again in possibly half a year.

He had no idea why he'd been chosen, over her. He was an environmental engineer, and a successful one, at that.

But still, compared to the rest of the world, to her, he couldn't possibly have been the significantly better, obvious choice. But what was done was done.

He had to do his duty, put in the pain and sweat he needed to, to ensure that everything progressed smoothly.

They had planned for as many scenarios as they could imagine, but they couldn't possibly cover even half of the situations the pioneer 130 000 would face.

With the severely reduced manpower they had, the many unforeseen obstacles had presented one crisis after another.

They were incredibly lucky to have staved each one off, barely scraping through each time.

He nodded a greeting as a woman walked into the lab. A significant percentage of them were dedicated to maintaining the life support and cryopreservation systems. She was one of them.

He had immense and unwavering respect and support for them. They were the ones keeping her alive.

How the Ark managed to pull together the huge number of departments, the essential workers, the machinery, the technology, and the mind-boggling number of other factors, he would never understand.

Sure, they had decades to work on this project. They had close to a century, in fact.

From the time that the company was formed, they had managed to amass a large number of investments, and a group of the top minds of every industry involved.

When they had first shared their strategy, simply named the Ark Project, the public, people all over the world, had scorned and denounced them. Yet they retained their funding, their resources.

Perhaps the pragmatic billionaires and moguls had already seen the light then.

As the decades passed, and Earth continued her quick descent into sickness, multitudes of people passed. Species went extinct, one after the other. Land everywhere was rendered uninhabitable.

Food was scarce, potable water was scarcer. By the year 2050, societies all over the world were collapsing.

Yet the Ark stayed strong, with more and more intellectuals, scientists, engineers and other essential workers flocking to its safety.

When the human population began to wane significantly in 2080, the Ark Project no longer seemed like unreasonable, senseless spiel.

Instead, it seemed like the only viable, on-going project that could save humanity.

A third of the human population was wiped out, from sheer hunger, violence, sickness, and a plethora of the ills that haunted the humans.

Earth was sick, and her condition infected every creature that inhabited her.

By 2100, human population had halved yet again. People were now listening intently to what the Ark had to say. The systems were in place. They were being successfully run on sustainable energy.

Completely. They could go on for infinity. That is, if the systems were well-maintained, malfunctions were caught and repaired in time, and no other catastrophic event occurred.

3 billion people were placed into cryonic pods, and frozen. People were willing, by then. The alternative was to continue the harsh, unforgiving life in the desiccated remains of the planet.

They would rather live in hope of being awoken in a better future.

With every milestone of recovery that the Earth hit, more of them would be revived, and set to work on restoring the planet's health.

Everyone awake was driven, and uncompromising in their fight for rescuing Earth. They all had loved ones who were waiting for their second chances, loved ones they wanted to see again.

They could spend the rest of their lives working as hard as they could, but they would never see their loved ones awake again.

But work they still would, to keep them alive, to give them a chance of awakening into a beautiful new world.

They would leave time capsules for them, to open and view when they were finally awake, on a fresh green Earth.

When their bones were long broken to dust, their loved ones could awaken, stand above their graves, and pay respects to them.

He was just glad that he was unlikely to have to wait long for her.

Naturally, there were still millions who were unwilling. These people were left to their own devices, but with all technology stripped from them.

When they fought back, the military was merciless and efficient. They simply couldn't risk having them continue to wreak havoc on the planet, while others were desperately trying to save her.

They were kept far from the Ark's base, refused entry into the vast land it contained.

130 000 were chosen, based on their skills in the various fields that were most needed for planetary recovery.

He had no idea how they decided on the skills needed, and the people who supposedly had the best skills.

He only knew that he had made the first cut, and she hadn't. He stayed awake as the billions went under, fell into peaceful slumber.

He had held her hand as she fell asleep, before he closed the pod door gently above her sleeping form. He would fix the Earth, do his part in restoring life to the near-dead planet.

He would fix the Earth, for her.