Commaful
The Shadow of Gondor 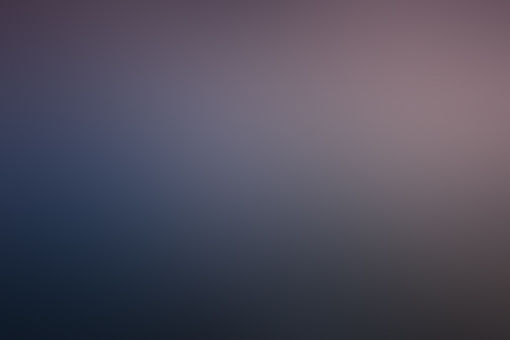 The Shadow of Gondor

Our story begins during the age of the middle earth.

In this reality, Arragon was never the king of Gondor; Lord Sauron was never really defeated and the battle for middle earth, for Gondor, never took place.

Talion wakes up in an abandoned part of a fortress, his body visibly trembling.

He looks around his surroundings , possibly looking for something but falls down, succumbing to the dull throbbing pain in his head. Suddenly, a voice calls out to him, "Talion, wake up...

wake up Talion." He looks up and sees an ethereal being resembling a dead elf. Frightened he shifts back and asks who he is.

The ethereal spirit says that his name is Celebrimbor, once a great elven smith who was killed by Sauron in battle.

Confused, Talion asks him as to where they are and how he sees a spirit in broad daylight. Celebrimbor tells him that somehow , on his death, his soul was infused with Talion's.

Not believing the spirit, he suddenly remembers the last thing he did before he woke up. He remembers being a ranger in the army of Gondor.

He had a wife and a son, but they were one day ambushed by an army of dark orcs, presumably under the order of Lord Sauron. Talion was unable to save them and was

killed by one of the orcs. "But why am I not dead ?" he asks the spirit.

Celebrimbor says that he himself doesn't know why neither him nor Talion aren't dead and why they returned back to the mortal realm.

Celebrimbor tells him that before he became a wraith(a spirit with a revenge), he used to serve under Lord Sauron as his personal advisor .

Back then Sauron used to dabble in black magic but it wasn't until the 'incident' that Sauron became the commander of dark forces.

The 'incident' I am referring to is possibly the single greatest thing that shaped middle earth as it is now.

During the beginning of the age of men rings of power were given to each of the races.

Three rings were given to the elven leaders, three to the dwarf lords and nine to the different kings of that age.

These rings of power were crafted by none other than Celebrimbor, who was a Lord in those days. He crafted them under the orders of Sauron , not knowing his masters intentions.

Sauron intended to rule over all of middle earth by commanding all the forces and races and unite them under his dark force.

However as it stands, evil never goes unpunished and Sauron , to the knowledge of middle earth, was defeated.

Celebrimbor tells Talion that Sauron was never really defeated, his spirit still lingers on, amassing his troops of orcs, nazgulls

and men corrupted by his rule. However since Sauron lacked the means to enter the mortal realm physically, he was searching for a human host.

As it so happens, both Celebrimbor and Sauron fought for Talion's body in the shadow realm(where all the spirits go after they depart the mortal realm), but Celebrimbor emerged victorious.

Unlike Sauron however, Celebrimbor does not intend to 'take over' Talion's body or soul. He merely is a part of his conscience.

He believes that both him and Talion were sent back from the land of the dead, to avenge their deaths or to make up for the wrongdoings , whatever it may have been in their past lives.

Only Talion could see Celebrimbor, as they understood slowly as they went on to seek for answers from various places in Gondor. Talion was a ranger and so he could wield a sword and dagger.

Celebrimbor , being an elven wraith, could wield a bow, and that made Talion and Celebrimbor a deadly duo.

Together these two spirits in one body was capable enough to tackle an army all by themselves.

Talion was gifted with some abilities since him and Celebrimbor was made into one, for he could neither die nor take any damage that wasn't healed up immediately,

thus making him immortal as long as Celebrimbor was a part of him. They decided to take down Sauron but to do that they would have to build their army.

In those days, orcs outnumbered other races for they were actually elves that turned to the dark side. To control and army of orcs however,

Celebrimbor suggested that it was time for another ring of power to be crafted.

Talion and Celebrimbor travel to Mount Doom, where they forge a new ring of power free of Sauron's corruption.

However, once the Ring is complete,

Celebrimbor is abducted and held hostage by a witch who goes by the name of Shelob (the spider) who asks Talion to hand over the Ring in exchange for Celebrimbor.

Talion reluctantly agrees and gives the Ring to Shelob, who claims they have a common enemy in Sauron.

She uses the Ring to see into the future and directs Talion to the last Gondorian stronghold in Gondor, Minas Ithil,

which is under siege by Sauron's forces due to the city's possession of a valuable crystal sphere called The Palantir which would allow whoever possesses it to see anything they wish,

making it a valuable tool for Celebrimbor and a dangerous weapon for Sauron.

Talion travels to Minas Ithil and quickly comes to odds with Celebrimbor.

Talion wants to help his fellow Gondorians, while Celebrimbor believes the city is already lost and the retrieval of the Palantir must take priority.

Talion reasons that protecting Minas Ithil will also protect the Palantir and he meets up with the city's defenders: General Castamir, his daughter Idril, and his lieutenant Baranor.

Together, they sabotage the effort of the orcs to break into the city until Castamir betrays them,

allowing the Orcs to breach the gates and handing over the Palantir to the Witch King, in return for sparing Idril.

Castamir is killed by the Witch King and Talion is barely able to escape thanks to the help of Eltariel, an elven assassin working on behalf of Lady Galadriel.

The Witch King seizes Minas Ithil, renaming it as Minas Morgul. With the Palantir, Sauron realizes that Shelob is holding Celebrimbor's Ring and sends the Nazgull to attack her.

Talion is able to save Shelob, who returns the Ring to him and tells him that the fate of Middle-earth is in his hands.

With the Ring back in his possession, Talion begins to use its power to dominate Orcs and build his army. Eventually, Talion builds up enough strength to assault Sauron's fortress directly.

During the battle, Talion faces another witch king, now corrupted into a Nazgull.

Talion manages to defeat him but upon seeing his memories of how he was corrupted by the One Ring, decides to destroy him and release his spirit rather than control him.

Celebrimbor remarks angrily that the spirit would have been a valuable asset to their cause,

leading Talion to realize that Celebrimbor wishes to replace Sauron by dominating him rather than destroying him.

Talion refuses to follow Celebrimbor's orders any more, causing the wraith to abandon him and possess Eltariel instead.

Without Celebrimbor or the ring, Talion begins to die, but is visited by Shelob in a vision.

Shelob informs him that if Talion had gone on to fight Sauron, they would have succeeded and Celebrimbor would have enslaved Sauron and marched on the rest of Middle-earth.

She implores Talion to continue to fight to contain the darkness within Mordor.

Deciding to put his fate in his own hands, Talion picks up the Ring of Power the witch king was wearing to preserve his own life.

He then uses the power of the ring to assault and seize Minas Morgul, defeating the Witch King in the process.

Talion then takes possession of the Palantir and observes Celebrimbor and Eltariel making their assault on Sauron.

The two manage to gain the upper hand and when Celebrimbor attempts to dominate Sauron, only for Sauron to cut off two of Eltariel's fingers, one of which is adorned with the Ring of Power,

and merge himself with Celebrimbor.

As a result, Sauron and Celebrimbor remain trapped in Sauron's tower in the form of an enormous supernatural flaming eye as their spirits continue to battle for dominance.

Knowing that he will not be able to resist the ring forever, Talion decides to use Minas Morgul as a fortress to keep Sauron's forces contained in Mordor as long as he can.

Decades later, Talion succumbs to the corruption of the ring, and joins Sauron's forces as a Nazgull. However, Talion dies with the rest of the Nazgull when Sauron and the One Ring is

destroyed and his spirit is freed. He is last seen in the afterlife discarding his weapons and armor as he walks off into the west.