Commaful
Random snippets from my stories 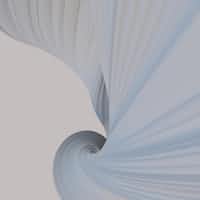 Random snippets from my stories

So, because I'm bored, and instead of working on other things, I decided to let you guys read some snippets from my stories :D

Snippet #1 "They're zombies! We can't trust them, Clara. The moment we turn our backs, they'll eat our brains!" "We're half zombies," Yoko corrected. "But maybe, it wouldn't hurt to eat your stupid friend's brain," She muttered to Clara.

Snippet #2 "I know how you feel, Mori. My childhood wasn't the greatest either," Ximena sighed as she diced the onions. Mori looked up, sadness spilling over his voice. "I'm sorry." She smiled sadly. "It's not your fault, kiddo."

Snippet #3 "Is this what you do?" Fenris asked him sternly. "Mess with the timeline and leave without facing the consequences?" Gavin shrugged as he put on his glasses. "My dear, you already know this. Frankly, I'm not sure why you're surprised." Fenris was taken back by the term of endearment.

Snippet #4 "Is that..." The young girl trailed off. "Oh my hades, it is!" Zander looked down at his sister confused. "Who is it, Minny?" "It's the Red Witch! The greatest and most powerful witch in the country!" She said excitedly. "I hope she chooses me as her apprentice!"

Snippet #5 "What happened to the body? You did hide it, didn't you?" Sorriel asked as she put her hands on her hip. Ben winced as he scratched the back of his head. "I might have left it on the shore..." "YOU DID WHAT?"

Snippet #6 (this is from one of my sims) Andromeda let out a laugh as she slammed her hand on the table. "You don't have a choice. You're coming with us either if you like it or not. Understood?" Nat nodded nervously as she trembled in fear.

Snippet #7 Luna inhaled shakily as she looked over the vortexling. It's not like she could do much to face it, but she would certainly try. Keeping in mind the no magic she took a deep breath. She hated fighting and causing harm, so she would take on more of a defensive role.

Snippet #8 “I was reading the stones on the wall, which are in an ancient language. I’ve gotten a sense of where the library is, but I need one more to see if I’m right,” Quinn said with a sigh. She quickly turned around surprised. She looked at Falco and grimaced. How long had he been there and how much had he heard?

Snippet #8 (continued) Probably not much, since Quinn didn’t really say anything else than a simple “threat” and asking the girl where the library was. “I’m Quinn. Now the real question is, who are you, Mr. Stalker?”

Snippet #9 She looked around frantically for a way out. Stop that. You have magic, and you have "friends" who can help you. Being scared isn't an option. She thought to herself. She took a deep breath and looked at Falco. "Bold of you to assume we're going to stay here with you."

Snippet #9 (continued) She turned to Lily and knew that what she was doing, she was going to regret later. "Hey you, grab the books, and let's go! Before Mr. Stallker here decides to knock us out."

Snippet #10 Adeline sighed when Orion poked her in the back. She really shouldn't have fallen asleep. As she was pushed into an alleyway, she looked at Orion confused. "Story? What story? Oh, you mean the one where I apparently killed your best friend? Is that it, Orion?" She asked as she narrowed her eyes at her.

Snippet #11 "Hm. We can cover them with a hat or something? Either that or we can just hope that the Angels will be too busy with their stuff and not notice." She said as a light shone on them and they were instantly brought to the entrance.

Snippet #11 (contiuned) Archangel Raphael was leaning on the entrance with a smile on his face. "Welcome to Heaven. It's technically like Hell but just…cleaner."

Snippet #12 Penumbra sat on her bed, as she looked at the dresses Della was holding up. She nodded her head as Della said something, most likely about the dresses, as her gaze went down to the book in her laps. It annoyed her that there had to be a ball. But despite her arguments that there was no need for a ball, her superiors decided otherwise.

Snippet #12 (continued) They had told her how was she going to find potential suitors without a ball. She had told them she wasn't ready to get married, but they dismissed her by saying nonsense. Della sighed as she put the dresses down gently and swiped the book out of her sister's lap. Penumbra looked up in annoyance.

Snippet #13 "Kid, what are you doing? Come back. Aren't you interested in this? Why would you want a old calculator?" Jackson said nervously as he fumbled with the watch.

Snippet #14 She looks down at the calculator in her hands. "Um. The nineteen hundreds? To be exact, the sixties. Yeah, the sixties. I just choose a random time in time and . . .yeah. Well on the bright side we can explore how the place used to be in the sixties." She paused and looked around again. "Maybe we should get out of this construction site. . ."

Snippet #15 It had been a long night for Nathaniel. He had spent what little night he had left tending to the injuries he had gotten from the battle with Slow. He was just having some fun by putting some buildings on fire and murdering a couple or more people. But of course, Slow had to come around and ruin the fun for him.

Snippet #15 (continued) Nathaniel barely got any sleep and instead of sleeping in, he decided to wake up early, go for a jog, and decided to buy some tea and something to eat. He was now sitting on a bench in a nearby park, looking at the birds eating seeds from the ground.

And that's it! I hope you enjoyed these snippets from my stories :D

Have a great day/night!