Commaful
Warrior of Warriors: Welcome Back to... School? 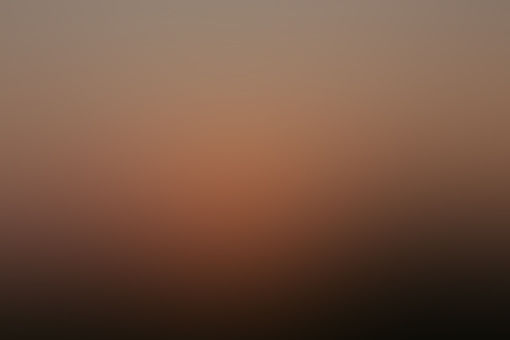 snakequeen Community member
Autoplay OFF   •   3 years ago
Transcript Use Images
Cade Towers heads back to the mainland to research, only to find out, the real problems are coming from the Death (a sea)
thriller cadeakoshsoniakieranauroglomachaaumeridanflute

Warrior of Warriors: Welcome Back to... School?

Nope. I was terrible at math. It had taken a total of thirty two days. Thirty two days in this dang desert! The town seemed quieter than usual.

Figures; I had arrived exhausted at two o’clock in the morning. Every limb was sore. “Hello?! Anyone up, except for crazy me? Nope.” I responded to my own question in annoyance.

I walked up to Natalie’s house, and banged on the door.

“What the- Cade you irritance! You’ve been gone for who knows how long? And where’s my vehicles?”

“Um… somewhere in the desert?” I made a pained expression, hoping the scary hag didn't throttle me.

“What do you mean?” Her voice took on a dangerous tilt.

She sighs. “I should have known it. You were going to do something, again!” She shook her head. “Fine. But only ONCE I will forgive you. What do you want? Where’s everyone else?”

“Everyone else is in the desert doing something. I want to know about those vivit homicida nonaginta.”

“I don’t know anything about them. Try asking the people at school.”

“But I got kicked out of school!”

“‘Suspended,’ for trying to help my friend.”

“Yeah. I can. I just happen to be friends with some of the teachers at school. I could get you back in.

” Pretty soon, I awkwardly found myself in front of the school, with everyone who was awake, (which was just the teachers Natalie had called,) was staring at me. I shifted nervously.

“Okay… Cade was it? So the annoying girl who wasn’t exactly getting good grades in my class?” Mr. Harriton sneered, putting me on the spot.

What was wrong with that greasy haired cockroach?! I was getting B+’s in his class and he wasn’t satisfied?!

“Well for your information you cockroach a B+ is above average!” Natalie covered up my mouth.

“I think she meant, I will be on my best behavior, and get better grades.” I glared at her as if to say my point was he was a bastard. The battle teacher laughed.

“Well she’s firey for sure. But I’ll vouch for her. I like the spirit.” Nikos stepped forward.

“Well, I vouch for her too. She had grown in fighting. I heard she did well during the exam using the techniques I taught to her.” Supported Ms. Ross.

Even the stern teacher wanted me in? “Even if I horrendously disapprove of her actions.” Really. That was not necessary!

“I vouch for her as well. She has been an excellent student in herbology.” Added Ms. Rose.

“And I heard she did well in the Machaau Skysurfing part!” Announced Randa. “I agree with her temporary, or even permanent reenrollment.”

“Mm.” I cleared my throat. “Temporary. I just need-” Natalie covered up my mouth again. She steered me up the stairs. Suddenly, it was like all of Hell broke loose.

A bunch of kids ambushed me as soon as I started into the room. “Hey! Get off! Get off! I haven’t even slept yet!” I complained.

“What is going on?! No! Flute is not here! What do you mean Obsidian Warrior?! Who are the others you’re talking about?! Why are you so excited, and why did you ambush me in the morning?!”

“Flute Finn is the Emerald Warrior! Don’t you know who the others are?

“For your record Meridan’s older brother was part of the gang, so was Flute’s dad. Cade was just fleeing uselessly during the whole thing, and Kieran wasn’t much help either.

The real heroes are Jack Wild, and Flute’s dad… I guess….” Replied the guy’s older brother who must have been in third year.

How did these guys even know our names so easily? How much had happened while we were gone? How had we went to banished and unpopular; violent, or useless, or rebellious to heroes?!

“Okay. Hold on. What in Aurasol are you babbling about?!”

“Oh… You kind of became… uh… pretty popular when you were out on adventures.” Said a familiar face. It was Tann Bird. “Or unpopular… if you count all the people who are on the side of Wild.”

“But what is with the superhero nicknames? We can’t be that popular, right? They are right about me just hiding…”

“Somehow the idea of close friends who can take down the Black Moon Gang, but still be growing up in an average environment… um… amazes them.

Currently they are all trying to bug me, to see what else I know about the four of you. And recently, they have been coming up with nicknames… both good and bad?” He held out a list.

“Okay! What creep is calling us these things behind my back?! Huh?!” I screamed at all the first years. Of course all of them were pointing at each other. I wondered how Kieran escaped insults.

“Forgive them. They’re just eleven.” Yeah right. They didn't even know what I was like.

“Plus, if you blame them, blame Flute. He was the one who gave you the Pluto bracelet, didn't he?” I was annoyed.

“By the way, bomb drop. All of them want you to teach them something.”

“Half the teachers went away from the school for some reason. All the first year teachers are leaving tomorrow.”

“Because they were rumors that more of those weird fur claw things, are turning up in The Death.

” What? I really needed to do something about that! We had thought they were coming from the Outcasts or Unexplored! But The Death?

“And, the teachers have already decided, twelve and older are on teaching duty.”

“Then how do they call themselves teachers?!”

“I don’t know. But you’re expected to stay for at least until the next Full Moon.” At this rate I would get nothing done! “You should probably sleep. You look like a raccoon, you’re so tired.”