Commaful
Warrior of Warriors: The Third Trial- Some Newcomers Arrive 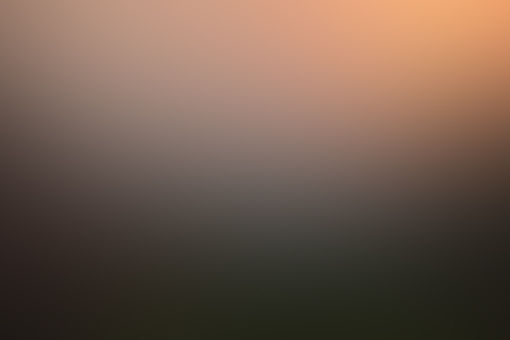 snakequeen Community member
Autoplay OFF   •   3 years ago
Transcript Use Images
~Kieran Elise~ I finally woke up. Cade was there preparing food. “Told you you should have let me check out your wound sooner.” Said Cade softly.
thriller cadekieranmachaaumeridanflute

Warrior of Warriors: The Third Trial- Some Newcomers Arrive

I finally woke up. Cade was there preparing food. “Told you you should have let me check out your wound sooner.” Said Cade softly.

“Whatever Cade. Sorry for making you worry though.” So what was going on when I was asleep?”

“Everything. You were out like a light for a day. They already announced that there were approximately two days left to survive.

Plus, while you were out, I found that Majica Scarlet had murdered Rex Redford. The red haired creep also went after some other people. I haven’t seen her since however.

The two others were well prepared enough to survive the attack however. Although I don’t know who they are.

Our current problem is we are pretty much defenseless since you’re not recovered fully. We shouldn’t band up with the others even if they would be better at survival.

As I shoveled salad into my mouth feeling starved, I hated to think about what would have happened if I wasn’t with a doctor and had gotten more than a nick,

or had been treated later than when Cade treated me.

“I need to be investigating the others.” I protested. “We need to find if they’re friend or foe. Since we’re so close to their camp, I don’t think it would be wise for that to go unnoticed.”

“Fine. We’ll look for a quarter minute, nothing more. You got injured enough the first time Kieran. If they look like they remotely are going to be hostile we bolt for it, promise?”

“Promise.” Cade finally straightened up and hid our stuff, she then led me to the camp.

I finally noticed who they were… Our groupmates?! Then what was the flare in power Cade had described? It wasn’t Flute- at least… I don’t think it was.

And Meridan? Why would he even partner with Flute unless he got a benefit? Of all the people in the world, I trusted him the least. It could have come for him. That was definite.

It was scary how he could handle Majica so easily, that we couldn’t even remotely hope to defeat. It chilled me to the bone. Meridan suddenly turned.

“Who’s there?” He took out a knife. He reminded of death. It wasn’t just because the Black Moon Gang in which his brother Gyren was in, it wasn’t that.

His black suit draped over his shoulders and the lone silver streak through his black hair, and his ice blue eyes, reminded me of an icy warrior of death. The blade of war.

Stupid Kieran! I’m supposed to pay attention, he’s just a group member… the one who stabbed… the one who almost killed… Stop it Kieran! We have to show him we aren’t the enemy.

“Okay! Okay! I give!” Shrieked a childish voice. It wasn’t Cade’s, thats for sure. And it wasn’t mine.

“It’s Washi White!” A kid with short brown hair and black eyes stepped out from the bush next to us. Huh? I didn’t even notice him with my Machaau sensing on!

“I also mean the other three, waiting to ambush us.”

“Washi. I strictly told you to stay at camp. A sixteen year-old stepped out from the opposite side, who had clearly been teamed with him. “Tann Bird. I mean no harm.

He wandered away from camp because he sensed a power flare and I didn’t notice.” Tann Bird was kind of tall for his age with messy black hair and black eyes.

“Teacher?” I turned to Cade whispering this. She shrugged.

“Maybe they are teacher and student. That Bird guy was talking to Washi in an instructional manner before right?

“So it’s you two.” Meridan lowered his guard. It was clear that we had been found out. “Anyways… this is directed for Tann and Washi.

How did you manage to hide from us? I have a pretty deft sensing for Machaau. Even a faint trace can alert me. I doubt you have the ability to make it vanish, so how was that possible?”

“I am sorry. We can’t tell you that.” Replied Tann calmly. “Although it is acquired through training.” Washi seemed to tense up.

“Or I’ll kill one of you.” Restated Meridan.

“You could try. You would be chasing both of us around for hours. The technique is used to erase nearly all traces of presence. I’m surprised you could even detect us at all.

Flute piped up; “So could you train us then?”

Tann was looking him over carefully… “perhaps.”

“No!” Yelled Meridan angrily. “We are not getting tutored by the enemy!”

“Who said we were the enemy?” Questioned Tann.

“Fine. We can do it in the morning Flute.” What his face really said was: ‘no. I’m not going to at all. I’m just saying this to make you happy. Maybe you’ll forget about it.

’ If anything, I wasn’t getting tutoring myself. I didn’t trust these people who could deal easily with Meridan’s skill.

“All right! Can we eat more of that grilled fish that I made for breakfast? By the way, what would you like for dinner?”

He actually seemed to consider this. “Chocolate… dark.”

“How ‘bout the rest of you?!” Asked Flute. “Though I don’t think I can make chocolate…”

“I would eat a sandwich… Chowder would be good. I’m cold…” I muttered.

“That’s underaged.” Replied Flute with a dubious look on his face. “And I can’t possibly get that either.”

“Oh… If we’re actually doing dinner offers…” Said Tann. “I could actually cover some of that.”

“Teacher! Why are you trusting them?” Whined Washi. Seriously… I was getting fed up with this kid.

“I have some chocolate, but we’ll have to pass on the wine.” Cade groaned.

“Teacher! Why’re we getting the kid who gave us both death threats something?” Yeah. Good one Washi. Why did Flute like Meridan?

“We are getting them food as a gesture of kindness.” He replied. We finally were taken to the camp to eat. Apparently Tann was insisting to cover dinner.

“I’ll cover breakfast then for all of you!” Exclaimed Flute.

“Then I guess I’ll just have some of whatever you want to make.” Replied Tann with a smile.

“Sushi!” Yelled Washi forgetting about his supposed to be annoyed at the other kids. Oh well. I was still thinking of these odd sequences of events I went to sleep.