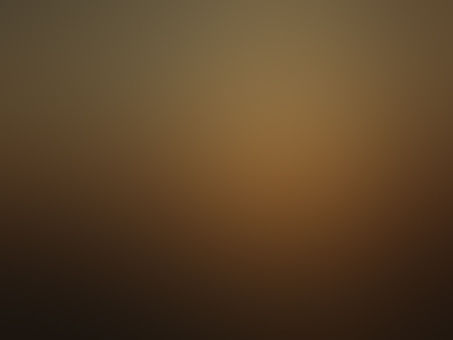 snakequeen Community member
Autoplay OFF   •   3 years ago
Transcript Use Images
The group of four believes that this exam can't be much harder after the physical tests. However this time around they are faced with a series of mentally challenging tests.
thriller cadekieranmachaaumeridanflute

I still can’t believe they were tricking me, although it was definite Takisan was not. The next floor said a simple decision: ‘If you go through this door, it is easy, but only three can pass.

If you go through the other, it is hard but everyone can go.’ The hard door was supposed to be at least two days.

That would be really hard to go through especially with Takisan trying to sabotage us. But the easy one… who would we ditch? Meridan was especially cruel but good at fighting.

Flute was resourceful but he wasn’t that smart. At least I could argue for being a doctor and good at a few traits but no guarantee that they would let me come.

Kieran… well I hardly knew anything about her but she was sure to point me out as a fault in the plan. Dang it.

I raised my hand. “I don’t think we can be fast enough, but I can’t be left behind. Should we make three go on one path and the other more skilled go on the hard?”

“I possibly think I’m the only one who will survive the hard;” argued Meridan, “and the rest of you are idiots and possibly can’t even make it past the easy stage.”

“I want to go on the team path.” Said Kieran. “Even if it’s harder we won’t have to leave anyone behind.”

“I agree with Cade for once.” Says Takisan. Of course cheater pants agrees! Then he would go on the easy path and I would be stuck with him!

Flute raises his hand and hops up and down before anyone looks at him. “I vote we all go on the hard path. The tunnels should connect at some point and we can go through the wall.”

“There is guarantee that will work.” I argued. “Besides, we could be disqualified for cheating.”

“I’m going down the easy path with Cade if that’s fine.” From Kieran.

“I’m coming with you too!” From the one guy I wish wouldn’t come with us.

“Well we can meet at the exit!” From Flute. The easy path from there was quite easy. Flute had came through the wall as said, and so far hadn’t been kicked out of the competition.

Meridan turned up before us, despite taking the hard path, that gave me shivers.

The sixth floor had four swords neatly in a rack. The door closed behind us. The loudspeaker turned on. “I’m sorry to say, but at least one person must die here. The rest will pass.

We were supposed to kill each other? The proctors had said nothing about this! Everyone lunged for the swords except... Flute didn’t. He just stood there.

“Fine. Kill me. I’d rather that than anyone else die.” He stood up straight and tall.

Why was he doing this? He wanted to spare everyone; the murderer… the cheater… me- admittingly the most useless… a stranger he barely met… no… strangers he barely met.

He then tried, when he saw no one was targeting him, to fall on my held sword. I moved, and Meridan lunged for him… presumably for his swift death. Clap. Clap. Clap.

Ominous sounds of clapping came from somewhere in the tower.

“Perfect. Someone willing to die to protect his comrades, and another to protect himself. You may pass now.” What? What type of sick test was that?!?! “Please pass to the riddles floor…”

“Aw dang it! I suck at logic!” Moaned Flute going back to his happy go lucky attitude after nearly dying, and hair’s width from death. An old woman sat there as we entered the room.

“Cade Towers… you’re up first.” I looked like someone had killed my cat after hearing that. However, I did come up.

“What costs more than the richest man can hope to afford,

But the poorest man has right at his door?

What has chains iron strong,

But shatters if one thing goes wrong?”

I stood up. “It’s not anything you actually buy with money. At first I thought it was family bonds, but the second part sounds like it’s talking about the others in the room.

“It’s been a while since someone got that riddle correct. I’m Tabatha Glass if you wanted to know.” She turns to Flute.

“If there was three paths you came before;

Well traveled and well-kept is the first of the three doors,

Second short and easy to find,

But leave all your dreams and desires behind,

Third is long and often hard,

But hold your desire reach the stars;

But which one will you choose.”

The short and easy path would be to give up and try again next year, but that would leave your comrades and your dreams behind. I want my path to be difficult.

Because that means challenging myself, and finishing and passing this test.”

“If you were to choose to spare a life;

Would you your hated enemy?

Or a man deep into crime?

Or a treacherous soul to leap?

Which one would you choose this time?”

He hesitated. A whole war could go on while he was not talking. “I wouldn’t choose a suicidal person. They would just kill themselves.

’ Although I’m sure that’s the same as a ‘treacherous soul to leap.’ Because both describe Flute when he told us that he’d rather be dead, than have any of the other people to die.

I hate him because he is annoying. He always makes me question my life. He tells me that I can be something else. But I should spare him.

Besides, I won’t be ‘deep into crime,’ because he would have told me to do otherwise and somehow changed my opinion by then.” Flute lit up like a candle when Meridan said this.

He suddenly jumped on him and hugged him. “Get off! Get off!” He soon went past to his usual anger.

“Nope! You finally admitted it… friend!”

“But you would rather pick me over yourself! Isn’t that what you just said?”

“If you could give up your soul;

To bring the dead to life,

Or keep on the Earth,

But bring yourself to strife?”

Kieran looked like she was having a seizure. “I think the old woman can read our minds or something. We get all the hard questions.”

“I want to save everyone I let down. My dead friends. My dead family. All for their powers. If I could make them lead a happy life, I would do it.

But the catch… no I’ll have to move past saving my family. Because they would want me to keep my dreams, not lose my soul for them.

Even if it does mean grieving over them for the rest of my life.” The creepy gray haired white eyed woman smiled oddly. It was then I realized, she was blind.

“Correct. Lastly it’s- wait is that you… you were the annoying brat who failed his comrades last time- just go past already Takisan before I decide to make an exception.

” The old woman knew him from last time?! The next door we went to was titled, ‘fight your comrades to pass, only half of you are allowed to continue.’