Commaful
Warrior of Warriors: The Prayer 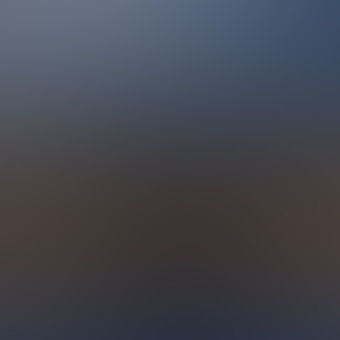 snakequeen Community member
Autoplay OFF   •   2 years ago
Transcript
“Hello? Anyone? I asked what f -mode is? No answer? Fine whatever. You are a total, I don’t know how many curse words to insert here- but you’re that and not a monster. ” Everyone stayed silent for a while.
thriller cadeakoshsoniakieranauroglomachaauwillmeridanjohnflute

Warrior of Warriors: The Prayer

“Hello? Anyone? I asked what f -mode is? No answer? Fine whatever. You are a total, I don’t know how many curse words to insert here- but you’re that and not a monster.

” Everyone stayed silent for a while.

“Flute Finn the Fluke mode.” Confirmed Sonia. “Come on! Even I know that!” The whole atmosphere stiffens again. What now? Dollie, Lane, and Nick all had their jaws gaping open.

“Finn like the singer?” Asked Lane. The mood got silent again.

“Who in the world is the singer?!” Asked a lot of people at once.

“You’re really outdated, Dad.” Muttered Will. “Now who is this Flute?”

“A really positive annoyance that gets in my way all the time.” I said. “Yes. He’s related to the first two. Although I’m not that sure that Gosring is really that much of a criminal or a hero.

Just to say he killed Gyren.”

“My useless older brother who died.”

“Older Brother Gyren died because of a fight going on between the two of them. Although both of them died in the long run. Let me say though that he was one with the blade.” She prayed.

Everyone developed a loss of jaw muscles.

“What did you just say?” Asked John. “Sorry, but I don’t understand.”

“It’s a prayer.” I said. “Which he doesn’t deserve for your info. Because he died against a non-assassin.”

“Is it me being ill-informed, or does nobody else know what that is?” Inquired Cade. Nobody answered for the longest time.

“...Be one with the blade; like fire burning as will. Ice lay your heart. Settle your roots down and expand, and always bear the fruit as the seed.

Never sway, and pick up the secrets of the wind. Make grace like the water. Never be one with reaction, but make yourself as swift in the first strike of it all.” Tann finished.

“How do you know that!?” Demanded Nick. “What are you- a secret assassin?” Wow. Immaturity at its heights. But how did he know?

“Wait. I wasn’t done. The dark may shine on your soul, but light always prevails.” I narrowed my eyes. I really hadn’t heard that part before.

“I know a lot of chants, prayers, incantations- well anything in that section. It was originally a battle cry for warriors- not assassins.”

“What was that last part?” I demanded.

“The chant says, that you should be willful, bury your connections- don’t falter in what you’re doing no matter the reason, carry the tradition on, become stronger every time you can,

have fierce loyalty, collect information, be graceful, don’t be reckless, but be fast, keep to your morals.”

“You’re wrong!” I seethed. “You’re misinterpreting it. Be an assassin through and through. Never turn back. Close off your heart completely. Set up your network to get information.

Listen to every secret, they all are important. Be skilled, not reckless. And deal the first strike. There was no last part.” Tann rolled his eyes.

“What? You think you know it better than the person who grew up in the family?”

“Yeah I do. I think that Flute fought you now, he would beat you, because he’s true to the chant!”

“What do you mean?!?!” There couldn’t be a time when I was more upset by his reckless claims. I definitely knew I could beat him.

“He is the most willful. He never doubts himself. He becomes stronger when he can. He is blindly loyal to anyone he proclaims his friends.

He doesn’t like hurting people and never changes his morals. However you don’t ever actually kill the people you do. Yet you claim that’s your will. You don’t have any will.

You always question yourself. You never train unless forced to. You don’t want to teach anyone. You don’t stay loyal to anyone at all. You still don’t understand others.

You are one to either put others in danger, or yourself without a reason other than you gave up on yourself. You never kept to your morals- did you?” All those words were like stabs to the heart.

“Shut the heck up!” I screamed. Sheia automatically decided to begin singing. It was practiced. If the enemy threatened us, she would render them unconscious.

I didn't believe I should tell her to stop. “I do have my loyalties! To the way of the blade!”

“You kill your friends and tell them you don’t want to be friends. You let your family die, and not care.” He did not collapse at all.

Instead I began to see a fierce glow of blue radiated around his body. It was bright and it blinded me. How did he get the power? “If you consider that loyalty- fine- that’s your loyalty.

Now go to sleep and quit taking it out on the rest of us!” He commanded. I almost wanted to obey, my mind falling into false bliss- no real bliss. I gritted my teeth.

He stared at me for a while. As if he didn’t know what he just did. He headed off to go to sleep. People started to once again giving me confused, sympathetic, or angry glares.

Nick, and Sheia were staying up as guards. You could tell the total trust in this group. They can’t even trust my sister. I soon noticed that Will was up as well.

Suddenly my body decided it was time to put all those delayed hours of sleep on me. Before I knew what was happening, I fell into a state of relaxed happiness.