Commaful
Warrior of Warriors: The End of Day Two 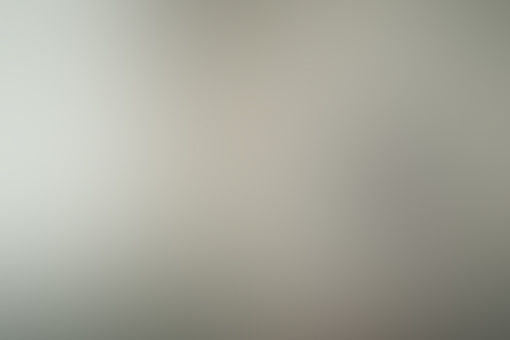 snakequeen Community member
Autoplay OFF   •   3 years ago
Transcript Use Images
Cade's day is ending. But what big surprise awaits her at the end? Or surprises?
thriller cadeakoshsoniakieranauroglomachaaumeridanflute

Warrior of Warriors: The End of Day Two

“Training! I hope you’re ready.” Yelled Ms. Ross enthusiastically. Since when could she be enthusiastic? Wow; really. Everything changed. “We are learning special talents today.

” I heard hoots from around the room.

“Hey Lucian! How about some snow or… sand?” teased Nick, who had one; somehow recovered. And two, was now mysteriously confident. Was I the only one who hadn’t changed? Lucian hissed.

“Shut up Barfolomew! Just because you stole my rightful spot on the team doesn’t mean you have to mean so damn confident!” He did? I didn't know that! But a team without Lucian was good.

Nick had a nervous smile on his face again. It seemed like he was still a bit insecure about the team.

“I don’t know what to pick!” I moaned to Rosabelle.

“Try golems or switching.” She advised. “They’re both a mix of focuser and summoner abilities. A bit of conjuring involved.” I groaned.

“But Rosabelle! I know how hard those things are! You need to balance three things at once! My concentration?

Twenty nine for three things! That is four less than average! And you need average to do an ability that good!”

“Challenge you.” She suggested.

“Oh fine… I can’t resist. But I can’t lose!” She shook her head grinning. I still couldn’t even move it up a tenth percent by the end of class.

Somebody help me! I practiced all through break too. I wondered how Flute the nutcase could even handle these classes and lifting that ridiculous weight.

What was it? Five hundred pounds? I was still ticked off at Meridan for humiliating him like that.

“You got better.” Said Rosabelle all of a sudden. “Your concentration went up by- like a twentieth percent.” I squinted suspiciously at her.

“What’s that look for? You know I’m a manipulator and can automatically make my hand press the button when you stop concentrating.” I lifted my eyebrows.

Actually I hadn’t heard a thing about this.

“Ergggh! A little longer!” Zushi glanced at my loud grunting out of the corner of his eyes. He whistled and walked over to Tann, pretending not to hear my inhuman noises.

Rosabelle was laughing silently, because clearly everyone was staring. She clapped.

“You actually went up by a half in total from the beginning of class. And I was lying about the first time, but you got all motivated and lasted longer.” I slouched. She lied? Ugh.

“You shouldn’t have told me that. Now I’m slouching again.”

“Really? I’m pretty sure you wanted me to tell you the truth; plus, that means you honestly jumped up half and percent all of a sudden just from believing alone.”

“You mean one percent right?” I asked utterly amazed myself. My counter had gone up to one percent.

“There you go Cade! I knew you could do it!”

“But you’re already done with your automove power.”

“Dinner bell! Din- I said dinner bell! Okay! Who is in charge of the dinner bell! Wait the- you said the speaker was on? Oh great. Beep.” Dong- dong- dong.

“Looks like even the announcers are having trouble.” Giggled Rosabelle. “Now, let’s go. Before we get locked out.”

“Hurry up! You’re getting locked out!” Yelled the girl right at that second. We bolted inside the door one second before it slammed on our heels.

“You really were in a desert.” She laughed. “Before didn't you used to avoid the meatloaf?”

“That was before I compared it to five star desert cooking. Apparently desert people only make good desserts.”

“There was this one good dessert… except for the fact it looked like a bunch of goop in a mound of dirt. At least it tasted good.”

“Get ready for going to sleep! Lights out is early today. And also, students are off teaching duty tomorrow? Some people have volunteered for the positions open.

” I looked at Rosabelle; she shrugged and made an ‘I don’t know’ face.

“Excuse me miss, what were the teachers names?”

“What is my m-mom doing here?!” Rosabelle’s eyes widened. What. Was. My. Mom. Doing. Here?! I guessed I got to figure out tomorrow.