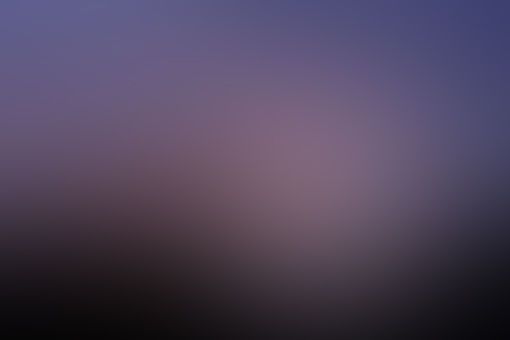 snakequeen Community member
Autoplay OFF   •   3 years ago
Transcript Use Images
“Oh, look at that, some newcomers to dispose of. Well that was the examiners’ instructions anyways.” A strong looking guy, with black sideburns and dark black eyes, snorted at us. “Who’s taking me up?”
thriller cadekieranmachaaumeridanflute

“Oh, look at that, some newcomers to dispose of. Well that was the examiners’ instructions anyways.” A strong looking guy, with black sideburns and dark black eyes, snorted at us.

“I’ll go!” I stepped forward. I took out an array of knives. The man took out a single long blade.

I ran at him, faked a slash and then reappeared at his back side, stabbing the sword through, the poor man didn’t even have time to react. The fellow ‘defenders’ looked scared.

The next person stepped up. He wore the traditional outfit of a Black Moon gang member, but sincerely he looked too weak to me.

“I’m next, I suppose.” said Kieran. She took out two swords. She positioned herself so her swords hung loose at her sides.

“You’re going to lose. So just give up already. I killed thirty two people by my lonesome, with no added Machaau, and eighty nine with it.” This man was bald headed and had dark brown eyes.

“Liar.” She didn’t wait for him to stop his speech, her sword slashed at him, giving him a gouge in his right shoulder.

He punched at her, but she dodged, kicked, and pinned him to the floor with her sword. “Pathetic, you didn’t even look or act like a Black Moon Gang member.

Besides, all of them wouldn’t even remember the people they killed, much less the way you’re wearing the robes. The moon symbol is supposed to be on the right side rather, tattooed on your skin.

Instead, when I slashed your shoulder, there was no such tattoo. You probably just scare people and steal their stuff, is that correct?” The guy fainted. She snorted. The next person came up.

It was a girl with brown braids and green eyes.

“I want to gamble rather than fight. I’m not a fighter.” She said. Flute stood up.

“Okay. I have two pieces of paper. One says ‘Lose,’ and one says ‘Win.

’ If you pick the one that says ‘Lose,’ then you automatically lose the battle, and you must fight another round against an actual opponent. Three losses and you’re out.

You get eliminated from the Tower.” She showed him both slips, and then hid them behind her back, mixing them or something... Flute was thinking.

He picked one and promptly threw it out the window it with no pause.

“What are you doing?!” Hissed Cade. “If that’s a harebrained scheme, you’ll probably lose.

“What did you do that for?” Asked the girl menacingly.

“Well, I just want to be certain you’re not cheating! You could have switched it out for two losses!” Now I get it.

If she still has the two papers, if one of them was taken, even if it was a lose, Flute would claim it as a win, because she was holding ‘Lose’ due to any sort of cheating.

Kieran walked behind her and picked up the remaining piece of paper. She displayed it.

“Flute wins.” She informed. He looked ecstatic, and she looked really irritated. It was clear she was trying to cheat.

“I’ll go next! That way we can find out our enemy’s traps before they figure out our skill.” Volunteered Takisan.

“No way!” Protested Cade. “You’re famous because you sabotage first years, not help them!”

“He has to go anyways.” I replied. It’s the rules the proctor made.” Cade looked ticked off by this reply. Within seconds against the next man, he gave up.

“I’m sorry! I was scared I was going to get majorly hurt! He said it was a fight to the death!”

“Why you dirty old guy! We’re trying to win! Not lose here! You-” I grabbed her mouth trying to shut her up.

“You’re next.” I interrupted annoyed. She sighed. The next person was a girl who had streaked her hair purple, black eyes glinted. She finally paid attention.

“I think we continue what the green haired kid was doing; gambling.

You ask a question and I’ll try to answer it, there has to be three choices or less; if I get one wrong, I’ll lose, if you do… well you lose a day to get to the bottom of the tower,

the second time around, you lose half a day, and third time, a fourth a day. You can say you quit at anytime, but the win goes to us.”

“How about you just quit? You’re stupid, young, and inexperienced compared to the rest of us! It would be easier for us to win matches instead of losing time with you!” I yelled.

Truthfully, even though annoying, I didn’t think she was young, or inexperienced. I was trying to get her to ask a certain question. Thankfully Flute caught on.

“Yeah! You’re so useless that I could even say that you’re three!”

“WHAT DID YOU TWO SAY?!?! I’ll prove that I’m not that stupid! I bet you don’t even know how old I am compared to you!”

“Sure we do. You’re six.” Replied Takisan just to grate on her nerve; trying to break up teamwork.

“Do you think I’m younger, am, or are older than ten?!” She yells at the girl.

“Younger than ten. Easy. My turn.”

“Noooo!!!!! I’m eleven! Just like the rest of these nincompoops!”

Cade stomped furiously over. “How dare you all call me six or three!”

Flute shrugged, “Sorry. We were trying to get you to lose your mind so you would ask a question like that. Therefore you would win. Sorry, but you honestly look eight.

And if we said you looked younger than the rest of us she was bound to think we were telling the truth and let it slip by accident.” She was gritting her teeth in the corner despite the apology.