Commaful
Warrior of Warriors: Second Day in the Desert Part 1 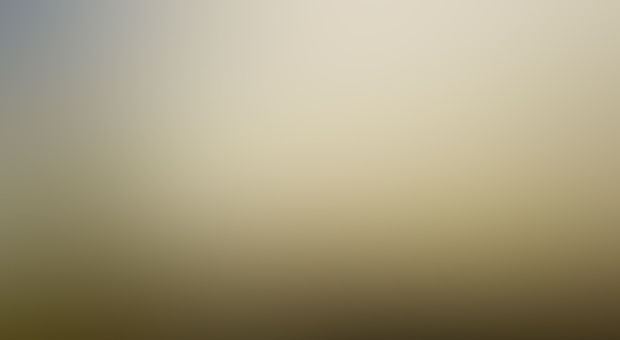 snakequeen Community member
Autoplay OFF   •   3 years ago
Transcript Use Images
~Akosh Hiden~ I groggily woke up, pushing my whitened hair to the side. The green haired kid was up. He had a tear tracing his face and he was staring at the rainbowy sunrise.
thriller cadeakoshkieranmachaaumeridanflute

Warrior of Warriors: Second Day in the Desert Part 1

I groggily woke up, pushing my whitened hair to the side. The green haired kid was up. He had a tear tracing his face and he was staring at the rainbowy sunrise.

He was odd and fascinating, as if he was a specimen. He thought of so many others than himself.

Despite it being a huge weakness to attach others to your heart… he cared so much for the people lying next to him… “You’re up?” He gave me a small smile. I jolted.

He acted like he knew me… like we were comrades… why? “I already cooked some fish if you want. Although I suspect you will have to be force-fed again...

” What were fish? I realized there was a blanket across my lap. I blinked. I never had put a blanket on myself. “Oh… that. I wrapped you up while you were sleeping. You were shivering.”

“Mine?” Suddenly a smile stretched across his face as if it was his birthday. “My name’s Flute! So do you want any Akosh? I guess I won’t try to make you eat it.” The smile looked idiotic.

Why was he smiling at me? His captor?

“Oh… you remind me of one of my other friends. He’s not with us currently… Akosh.” Flute seemed to hesitate before the word, but had decided to pick it anyways.

“He’s kinda with the ‘tough guy’ act too… Although he actually cares more, than people notice. I’m close with him.” Flute compared me to his friend? This guy was marbles.

“If you wanted me to call you that, maybe you shouldn’t have introduced yourself as Akosh. Don’t you have friends that call you by nicknames sometimes?”

“I don’t have any friends. Friends alter your correct judgement. What is a nickname?”

He looked at me amazed. “You don’t know what anything is, do you?” His voice wasn’t harsh, nor snappy. He seemed astounded, really. “Water is all over the place.

Salt water is in the ocean, freshwater in lakes and rivers, and chlorine filled water in pools. Fish are sea creatures who can swim in the water, and are tasty to eat.

A nickname is sort of like a word to describe, a shortening of a name, or a dubbed name by a friend. It’s like a term of endearment. Could I call you...

The secret keeper?” I stared at him dumbfounded.

“What is the ocean? A pool? A river? What is to swim? Why would you need nicknames? And it’s Sir Hiden.”

“Well I’m not the best at describing things, but to swim is to make movements to propel oneself through the water, so you won’t drown… er I mean run out of air… You don’t need nicknames.

And how come you have a city called Ink, if you don’t know what water is? Ink is made out of water… Akosh.”

“Hey!” I complained. “That’s an insult! The city of Ink is for the prestigious as well as education.

In the ‘Outcasts’ in which you so fondly call it, we don’t have many resources, Ink is a valuable commodity henceforth the name of the city. And for the fourth time it’s Sir Hiden.”

“You’re very literal. Aren’t you? And formal… Okay… then Almighty Akosh.” He placed a serious expression on his face, but the tugging of his lips gave it away.

“You rascal! I almost believed you! You’re obviously making fun of me green haired brat!” I begrudgingly finally began eating, giving him a death look.

“That face kind of looks funny.” He snickered, and made a poor imitation. I tackled him.

“Huh? I must be dreaming. Why are you two on top of each other…?” A bit of drool leaked down the black haired girl’s face.

“Wait… Roach! You better not be trying to strangle my friend!” She came up with the oddest insults, but I guessed goat beat that in terms of ridiculousness.

“N-No. You got it wrong Cade. I was just trying to... wrestle… him.” He was lying? I quickly yanked my hands away from Flute’s throat before Cade saw me.

It wouldn’t be good, if the hot-tempered girl rebelled.

“Your throat’s bruised.” The girl accused; quickly examining his injuries.

“Uh- huh. Take this.” She passed water to Flute. “That was the last of it, so don’t waste it in water wars.” Cade gave up a resource for a bruise? These Insiders were weird people.

The other girl sat up and without a word ate her breakfast.

“Cade. Are you seriously going to believe Flute? He is sometimes extremely honest, but protecting somebody he is extremely loyal.

If he can protect somebody with a lie at his own expense he’s going to do it.” She had noticed.

“Yes Kieran. I’m going to believe him because I have faith he’s closer to us than he is to that self-centered bastard.

” Protect at own expense? Faith? These words were almost foreign to me, although I’ve had heard them many times.

I had faith that my loyalty would sway towards Ink forever; I would protect Ink at my own expense, but not other’s lives. Kieran hitched up the craft again.

“Who is supplying? I supplied yesterday.” She remarked.

“Him.” I pointed to Flute. “Flute’s supplying.” I saw him beam out of the corner of my eye. I must have imagined it. No one would want to supply their own Machaau.

“Okay! But you… Akosh senior have to be in the front with me!” What position did he think he was in to make demands. Although I noticed three things; one, he had called me by a title.

Two, he seemed happy about that I called him by his name. But he had still called me Akosh. Despite him being supplying, he seemed to be just as excited and energetic.

I finally seated in the front. He suddenly jerked his hand off the supplier and the vehicle lurched to a stop. Was he planning to try to run away? Not happening.

Was that why he told me to sit in the front? So he could have his friends throw me off or something? “Um… sorry about that. I dropped something. I’ll start again, when I pick it up.” I frowned.

What should I do? Stay on the vehicle? Wouldn’t he escape? Get off? I remembered his attitude. He would have told his friends to ditch him and me here, so they could escape. I seethed.

It was a lose either way.