Commaful
Warrior of Warriors: Second Day in the Desert Part 2 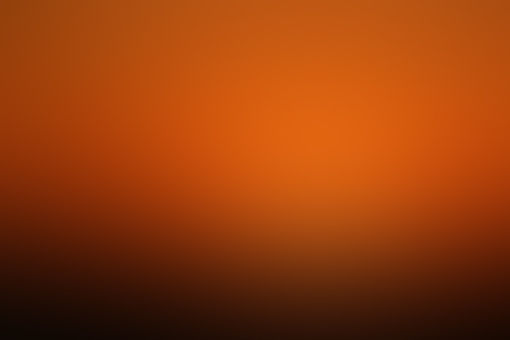 snakequeen Community member
Autoplay OFF   •   3 years ago
Transcript Use Images
“You may hook your whatever with that weird roped thing.” I pointed to his stick with line running through a loop with a hook at the end, with a spool at the handle. “Thanks! By the way it’s called a fishing pole. For catching fish.” I didn’t need trivia.
thriller cadeakoshkieranmachaaumeridanflute

Warrior of Warriors: Second Day in the Desert Part 2

“You may hook your whatever with that weird roped thing.” I pointed to his stick with line running through a loop with a hook at the end, with a spool at the handle.

“Thanks! By the way it’s called a fishing pole. For catching fish.” I didn’t need trivia.

“Just pick it up already, and stop stalling.” He put his the hook into the sand, and yanked out a bracelet. I was surprised.

He had actually dropped something? It had a silver band with a circle engraved on the center.

Weren’t there bracelets on his comrades wrists? Why would he risk me accusing him of lying for a bracelet? Was there a hidden meaning of it? He saw me staring.

Flute blinked at my unshifting gaze and started the vehicle up again. I was still worried.

Was he stalling? Was he contacting someone when he was picking up the bracelet? Sands brushed past for half an hour and I eventually began to feel thirsty again.

But I still didn’t trust them not to poison me. He yanked his hands off again. “What Flute?! You’re already tired? Don’t give me that!” I gave him a harsh gaze.

I already had wasted five stars in the desert. I was eager to get back to Ink.

“Are you okay? I don’t have have more water… Maybe you could use the water I gave you earlier?”

“Sit back into your seat!” I jammed Cade back into her seat, annoyed.

“N-No. It’s not that. I think someone’s there. I’m not kidding. I could actually go on for another twenty five minutes or so. And I’m not thirsty.

” Was he seriously going to try to fool me again? “About a mile to the west, there is someone wrapped in blankets.

” How could he see that far in sand? The sand was impossible to see a few yards in front of us.

“Then she goes.” I pointed to Kieran. “But even if there is someone there; we’re not doing anything to help them. You’re going to waste resources.

We’re just going to see if they are going to be a pain, or if they are a citizen of one the cities, or even a criminal.”

“Talk about criminals.” The blond bunned nuisance muttered. “We have one sitting right next to us.” I shot her a death glare.

“The next time I hear that, one of you is going to be ditched in the desert until you slowly die of thirst and imagining an oasis right on death’s door.” Flute cracked a nervous smile.

“Um… I was hoping you’re joking? And you don’t scare me with that face… Actually it kind of looks like you’re… a grumpy gorilla.”

“Are you serious about that? Just saying but he scares me out of my wits.” Remarked Cade.

“You’re so going to get yourself being the one thrown off.” Replied Kieran. I glowered at the green haired pest.

“It’s Sir Hiden. Shut up before I consider throwing you off.” He traced his finger across his lips.

“Saying that my lips are zipper tight, and I won’t say anything else.” Informed Kieran. “Although he clearly doesn’t know sign language clearly.

Or he would use motions instead of individual letters. I learned about it in a book.”

“Huh? I couldn’t read a thing!” Exclaimed Cade. Kieran finally stood up, and began walking towards the ‘person.

’ A language that I can’t understand! They could use that to communicate plans, and lie about what they’re saying!

“No sign language!” I ordered to Flute. He tapped something next. “What did he say?” Cade shrugged as if to say. ‘How am I supposed to know?’ “No whatever you did!” He waved his hands next.

“No whatever that is!” He furrowed his brow and drummed his fingers nervously. ‘Fine,’ he mouthed. It had been fifteen minutes. Kieran hadn’t returned.

Did she run away? I finally saw her figure. She carried a newborn swaddled in a blanket. So Flute could see that far. She climbed aboard.

“Oh! A baby! But who would leave their baby in the desert?” Cade exclaimed. The baby had roots of a light blond hair, so obviously it had a high chance of being a desert dweller’s.

Most desert nomads had white, blond, or red hair. Even babies sometimes had white hair like me. The baby’s eyes were closed and the heart beat was slow. So they were probably already dead.

I never had said for her to bring the baby back. I cursed, and with a sharp growl I turned to Kieran.

“I told you we weren’t helping anyone! Not even babies!”

“I thought I told you to shut up!”

“It can’t be helped. We technically aren’t helping them. We just need to take them along for the ride.” I glared. He lifted one of the baby’s eyelids with almost fatherly care.

That must be exactly why the child would have gotten ditched! Yellow eyed children had brung down entire civilizations just by accident!

It was death and penalty by law, if you didn’t exterminate a yellow eyed baby immediately!

“Okay! We are definitely getting rid of that freak!” I moved to heave the child overboard. The kid opened its eyes and blinked them innocently up at me.

The disturbing thing was the child didn’t seem to be concerned despite my menacing gaze, many a kid would have broken into tears like sprinklers.

The kid seemed to be reading me! It jerked away and tightened its grip on Flute.

“No way we aren’t! You never said we couldn’t take on any passengers!”

“Fool! Eyes like that only bring death and disharmony!”

“You pitching innocent children is bringing death and disharmony! I’m not moving until you give me permission to have the child on board!”

“Flute! You’re going to get us stuck in the desert! Don’t be so stubborn! Go to the nearest town and drop them off!”

“Moron. The nearest town is still at least two hundred miles away! We can barely make half of that with this lame group of containers!” I swung my sword at Flute.

I couldn’t wait for lame cotton-brained ideas! We needed to move! He didn’t blink once. He just sat there.

“I need this kid to survive! Even if you don’t understand, I’m going to take care of them until my death!” I got angry and concentrated my Machaau into the Holder, and Flute flinched in pain.

I concentrated more. He looked in intense pain, but he still sat there, clutching his teeth together. Dead- hard resolve was in his eyes. I knew he wouldn’t change his mind.

Then I would have to wait for tomorrow.

“I give you one day. If you don’t do something about that kid on your own, I’ll ditch both your friends in the desert to make up for the load and time we’re wasting.

And also, one of you has to find food.” Flute nodded enthusiastically. I finally released the pain.

“Aye captain sir!” I blinked. That was sudden respect.