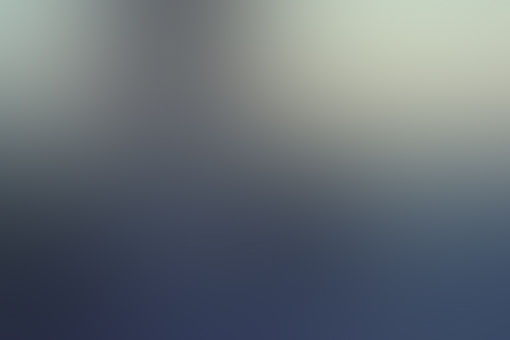 snakequeen Community member
Autoplay OFF   •   3 years ago
Transcript Use Images
~Meridan Zylar~ “Meridan! Can I talk to you about something?” Yelled Flute ambushing me as soon as I came into the Great Hall.
thriller cadekieranmachaaumeridanflute

“Meridan! Can I talk to you about something?” Yelled Flute ambushing me as soon as I came into the Great Hall.

“So… who do you think is the strongest? Because I know that only a handful of students will make it past the first round.”

“Me, and not anyone else.” I replied coldly.

“That’s including me right?”

“No. Me doesn’t mean, you. If you want to get recognized, than maybe you should just try lifting this, and I’ll consider it.” I snort in my head.

Giving him a five hundred kilogram weight is going to be hilarious. I lift it up easily, and prepared to give him the weight.

“Okay! That looks easy to do…” I drop it in his hand. “Woah!” he cried out, taken aback by the sudden weight. Slam!The weight hit the floor. I smirked at the look of him.

“No I’m not!” There were a bunch of snickers across the Great Hall. Everyone thought that he was pitiful not to lift a weight the size of a five pound weight...

“Well I can lift it and you can’t.” He spent the entire dinner trying to lift it. I finally went to my bedroom and ditched him with the weight.

I was bunking with Curtis and also had a bunch of random losers with me that I didn’t bother learning their names. Our group had the west tower. Flute stopped bothering me for a whole rotation.

“Quit hitting things. I’m trying to sleep!” I complained. The knocking persisted until I opened the door. I figured it was the caretaker Mr.

Smith, that grouchy old geezer who had probably caught a first year doing something. I rolled my eyes. First day no less. I opened the door.

“How’d you even get past the locked door?” Holds up bent paper clips.

“Mr. Smith nearly caught me. He thinks it was his falcon making the noise. By the way, Meridan?”

“I’m not a moron! Maybe you’re just perfect at everything, but that doesn’t mean I have to be. But I want to show you something that I really wanted you to see.”

“Why do you even want to be my friend?” I asked. I really did wonder. No one in the world had tried making friends with me, especially after I dismissed them and threatened to kill them.

There was no point unless you really wanted a broken arm.

“Because you have a good heart! You’re really nice inside!”

“And I’m supposed to believe that why? I’m empty inside! I’ve been trained that way since I was four! Nothing can change me. I have an evil heart. And pretty soon I’ll call Mr. Smith.”

“Just look Meridan!” He shined a flashlight down. One I noticed his foot had been badly swollen, and so were his fingers. And then he showed me what he was holding.

But… I noticed something: he was holding the weight- well not like a normal person would be holding it; but it was still a centimeter above the ground.

How in the world could he do it?! Much less bring it upstairs. However, I pretended that I still wasn’t interested.

“Yeah. So? I can lift it a whole yard off the ground easily- maybe I’ll reconsider calling you an idiot if you can do that.” That will make him keep away this time.

I found out how he was lifting the weight one foot by the end of the rotation. He was having crazy progress. By the time six rotations were up he had managed to lift it all the way.

Because he came running back to me with it.

“Meridan! I did it this time!”

“Well… you did well, I hate to admit it to you but you’re an idiot because you took up the challenge; although you would still be one if you didn’t.”

“The whole point was to stop being a pain. I actually thought it was impossible for you.”

And I totally find out how mean Meridan can be. He still hasn’t stopped calling me names, and he doesn’t even think it was worth the time, and was just trying to get rid of me.

At least that wasn’t the only thing I was doing. Plus the aura training with my soul and being able to lift heavy weights, I had been working on combinations to do well in the Trials.

I bet Meridan would freak if I told him we were still friends. But I still felt like he had a nice heart underneath the cruel aura he was giving off.

I hadn’t told him that I wanted to partner in the Trials because of his reluctance to talk with me.

If all else didn’t work, I could partner with the younger looking girl; Cade, or even that slightly judgemental girl Kieran. Both of them acted nicer towards me than him.

Being on the week before the Trials didn’t help my nerves. I knew I was going to sign up, and I was trying to search on previous Trials, but my effort was fruitless.

That week I was trying to pay apt attention to all my classes, even the boring History of Machaau.

Battle arena was hard, but I was mostly using non-machaau items, and fighting other first years, or training for it. I kept thinking about it as I went to sleep.