Commaful
Warrior of Warriors: Learn how to shake hands! 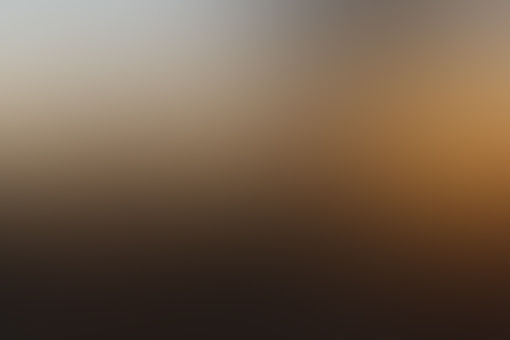 snakequeen Community member
Autoplay OFF   •   3 years ago
Transcript Use Images
~Meridan Zylar~ Figures. I’m stuck with a softie. It was just some entertainment. I wound up dragging the last of the group along to have someone to guide us.
thriller cadeakoshsoniakieranauroglomachaauwillmeridanjohnflute

Warrior of Warriors: Learn how to shake hands!

Figures. I’m stuck with a softie. It was just some entertainment. I wound up dragging the last of the group along to have someone to guide us.

He seemed reliable enough- mostly because he was scared out of his wits. Suddenly the man screamed for help. What now? Did he have more stupid comrades. “Sheia, power on.” She nodded.

Sonia squeezed her eyes shut. I heard the thud of seven bodies. I may have recognized a lot of them… So the man had screamed because he thought he saw someone.

“What in the world are Cade, Tann, Dollie, Lane, and this klutz doing here? And who are these yellow eyed freaks?” I demanded. Sheia gave a shrug.

“How am I supposed to know? You’re the one who said Cade was at school.”

“Please don’t look at me!” Yelped Sonia. Two of them scrambled to their feet immediately. The klutz raised slowly to his feet.

“Now what is that for, yellow eyes?” Demanded the blind man.

“Who… are you?” Asked the old grandpa.

I give up- why for the guardians of the world do you of all people do you have to be here?

! Even if Cade respects you now- bad events happen every time you’re here!

“And I wish I could have killed all those people at least once.” He started sobbing. Now I remembered who he was. Nick. “Maybe I’ll slightly take that back.

Christopher the useless oaf was because I was hypnotized, Flute I probably at least killed five times and maybe slightly regret that, and Rosabelle started it.” I rattled off coldly.

“If it makes you feel better, possible targets were Flute, Kieran, Cade, the school students in general, and people in general.

Most of those are for anyone getting in the way plus targets of the family. The last one is for the sake of entertainment.” Sheia added. For some reason, this did not reassure him at all.

Un-assassins are pretty weird. The captive ran off while I was talking. Oh well.

“So that makes you Meridan Zylar.” The old man stated. He held out his hand. I looked at him oddly. I took out a pocket knife. I moved to cut my thumb.

“Um… Meridan? I don’t think he meant a blood vow…” Muttered Nick still sobbing for no apparent reason. I slipped the pocket knife back away.

“Then what did you want?”

“Handshake.” The man replied giving me an odd look.

“What does that mean?” I asked. Was it some sort of competition? We were both strong opponents after all.

“Like this.” He grabbed my right hand. I instinctively pulled away, grabbed my sword and swiped it at him at a blinding speed. He however dodged to my slight surprise.

“Do you know how to shake hands at all?” He sighed. “You hold the other person’s dominant hand and you shake it. It’s a greeting. You do not try to kill the other person.” I did not get this.

“Is it the start of a duel?” I asked, really confused now.

“No! It’s just a greeting! Have greetings really got this outdated while I was in confinement?”

“No. He’s just a retard.” Said the blind weirdo.

“He is not! Should I kill him Big Brother!?” Shouted Sheia furiously.

“No.” I responded coolly. “But one more slip up and you’re getting it. Just because you’re tough doesn’t mean you can survive a professional assassin.”

“Shut up! Don’t underestimate what I can do brat!” I narrowed my eyes.

“You asked for it, geezer.” I charged, whipped around and prepared to stab the sword into his smug face. However, he was just as quick as the other geezer.

He blocked with his own sword, and generated something around me. I was locked in place; no matter how hard I tried my superior strength couldn’t break it.

I indicated what I wanted to Sheia. She got prepared to sing her melody hopefully to knock the man out.

“Don’t worry- he’s still punchable if you pretend to be uninterested and then hit him.” Cade interjected.

“What do you mean?!” Demanded the geezer.

“We mean that you’re super annoying but not invincible; I can also agree that Cade needs to shape it up.” Dollie said.