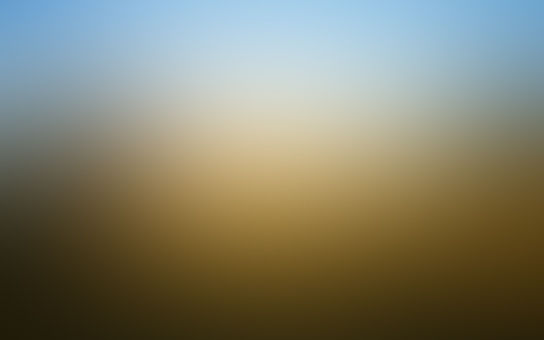 snakequeen Community member
Autoplay OFF   •   3 years ago
Transcript Use Images
“Are you okay?” “Sure.” She didn’t look too convinced. She rubbed her elbow which apparently been bruised. “What have you been doing?! Natalie finally contacted me, and said that she couldn’t contact you.
thriller cadekieranmachaaumeridanflute

“Sure.” She didn’t look too convinced. She rubbed her elbow which apparently been bruised. “What have you been doing?! Natalie finally contacted me, and said that she couldn’t contact you.

She also told me that was unusual since it didn’t have to rely on whether someone would accept, or their amount of Machaau remaining.

She could even contact Flute, who somehow knocked himself out.” Then why couldn’t she contact me? It seemed odd.

“Cade,” I asked quietly. “What would you think this would be?” I showed her the bright fresh mark of the chain.

“It appeared after I finally learned how to use my power; I still know barely anything about my power.” She quickly examined it, squinting at details.

“Kieran…? Do you have a Machaau or sacrificial restriction?”

“What do you mean? I don’t know what either of those things are, and I didn’t see my opponent use anything special against me.”

“It looks like your Machaau has been restrained to nine tenths of it’s usual power.

This usually happens if you are using a really powerful power, that also has huge disadvantages in an extended fight. It looks like it might spread if you use your power too often.

” I always had thought that Cade wasn’t a huge study in Machaau, but obviously she knew a lot more than me. So the power was dangerous.

No wonder my family couldn’t stand up to the small gang compared to them. Their powers hurt them back. And the gang didn’t know that.

“Let’s get out of here first.” I replied, not going to give Cade a time to give me any more of the information. I didn’t need it, to know I had to find out more about this power.

I was worried more about why the Black Moon Gang had decided to attack now. They could have attacked earlier when we were little more than toddlers. Yet they didn’t.

Had Gosring really kept the secrets for that long? Did Meridan rant off to his older brother about me?

That traitor… But I guess I shouldn’t be surprised, he was a cold hearted jerk from the beginning. She nodded in agreement, and we finally boarded and took a bolt for it.

“I need to tell you something. (says about encounter.)”

“That sounds difficult. But Kieran, really, if those two are there and these three are here, where in the world is Majica?” Majica. I had forgotten all about her.

Why wasn’t she helping her fellow gang members? I didn’t have much time to think about it; we arrived at a house that I didn’t recognize… It looked like a mansion. “We’re here.”

“Ms. Cook’s house. She begrudgingly finally sent me for you. She kept trying to send Mr. Wild instead, but he’s not here. I guess now she has an apparent dislike for me.

” I wonder why Cade; seriously, don’t call her a granny the second you meet her.

“Who are you?” Demanded a guard. Great. Just great. There were guards?

“Oh I wonder… Oh perhaps someone who came here less than an hour ago?!” She shouted impatiently. Yeouch. This was going to be ugly.

“Uh… Cade… Was the guard even here last time around?”

“I don’t remember… I don’t think I saw a guard last time.”

“Cade? Fine you can come in.” The guard bowed stiffly. I was surprised. “Ms. Cook was expecting you.” A sheepish smile came off his face.

That was when I realized that he was actually younger than he looked. The sunglasses and the suit had covered up the fact that he had been just a teenager.

He slid off his sunglasses and genuinely smiled at Cade. “Well I don’t exactly know you, but you sure have some heck of an impression on me.” Cade just huffed at this as he let us in.

As soon as I came in; someone had been waiting and death glared at me.

“What were you doing?! Why couldn’t I contact you? And you Cade, are way too slow. I’ve been waiting for over ten minutes… And wait… What happened to the craft?”

“You are so paying for that!” Cade looked like someone killed her cat. “Let me examine that.” She went from scary old woman, to a comforting granny.

“Are you seriously going to talk to the senile woman?!” Hissed Cade.

“I can hear you! I should have just told Arnold to kick you out!” I reluctantly gave her my right arm. “Hmm…” She concentrated for a while. “You have a serious contract.

If the Leader dies, you will be freed from this cursed link, if he fails to die today, you will remain with the link, which will restrict your power and hurt your arm for the worse.

The fact, is that this is a forbidden power that grants the user immense power, but after the power is cast, for example the wish for the Leader to die, it will give you a curse.

For example, one of my powers is my contracts, but that is why I look older.” She enunciated this, trying to point out that Cade had been insulting earlier. “I’m actually only twenty eight.”

“I’m not. Do you see I clearly have experience? For example if you make a too drastic wish from your power level, you will be inflicted with this curse.

I could calm it down, but when it starts spreading again, you’re on your own.”

“And about the Unexplored region, how do you suppose we are to get there, it could easily be the stories of a madman. It’s really hard to believe that such a powerful creature would exist.”

“Cade. Just stop. I know you are mad, but you need to keep your calm. If we are to stand up the the evil, we should be able to find peace within the group first.”

“Fine. But if ninety-eight year old says anything disrespectful, I swear, experienced or not, i’m going to get her.”

“Excuse me? Now who’s being disrespectful. I could easily call you an eight year old. You were the one complaining about age, remember? Maybe you shouldn’t be so quick to judge.”

“Come on! We were talking about the situation, remember?” I asked annoyed. Both of them regretting it, it seemed; shut their mouths.

“Okay. Let’s do this and kick some monster butt!” Cade yelled. And I thought that this was going to be serious.