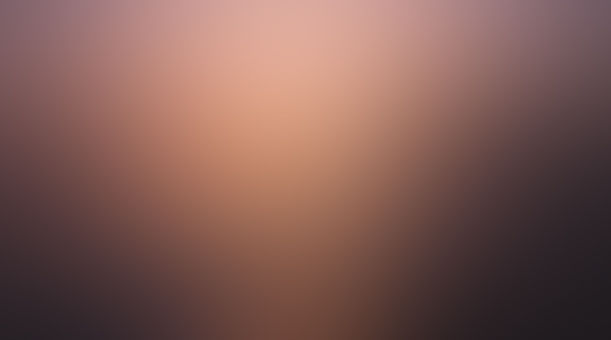 snakequeen Community member
Autoplay OFF   •   3 years ago
Transcript Use Images
[The grass grew green all around. Warm sunlight dabbled onto my face. The sky was almost cloudless today, with the occasional cloud resembling an island floating in a sea of blue. The majestic mountains loomed overhead, and trees like giants in the sky. I panted, running along the crude dirt path, a laughing girl chasing after me.
thriller cadeakoshsoniakieranauroglomachaauwillmeridanjohnflute

[The grass grew green all around. Warm sunlight dabbled onto my face. The sky was almost cloudless today, with the occasional cloud resembling an island floating in a sea of blue.

The majestic mountains loomed overhead, and trees like giants in the sky. I panted, running along the crude dirt path, a laughing girl chasing after me.

“Tag, Meridan! So, Snowflake, what are we doing next?!” I turn to see the forgotten face I had hidden all those years… Sofia.

Blond hair ringed in short spirals around her face, and green eyes shined with emerald intensity.

“How about we swim in the river Soph?”

“You already know I can’t do that, Snowy! We’ll get caught! Beside I don’t think I can explain for that if my suit is soaking wet! I’m only a servant!”

“Thanks! But when your mommy and daddy ask, we’re just acquaintances, get it?” I nodded enthusiastically. I had almost forgotten all about this. My fourth Birthstar- with my friend.

Buried within my memories. Erased actually.

“What are you doing Murderin’?” Asked a gentle voice from behind me. I turned around. My older brother crouched smiling.

“Silly. That’s not my name.” He got up and chased after one year old Sheia. “Apparently your sister- can already walk.

Shocking right? But not with this family! Anyways- being eight apparently I have to go off for more serious training. So take care of Fawkes and Sheia.

Make sure you get him some of those marshmallows he somehow still likes- and don’t tell Nessie and Winson.”

“Why are you calling them that Midnight?”

“Because… nevermind. You won’t understand yet.” He grabbed hold of Sheia and tugged her and Fawkes over to me. I cradled Sheia within my arms- Fawkes was burping so he got given to Sofia.

“That isn’t very nice Snowy! You should hold him too!”

“That baby is way too fat!” She chuckled.

“Other than your younger brother Marshall's clear problems, your mother asked me to give this to you.” She handed me a sapphire necklace.

“Cool!” I suddenly heard hard footsteps behind me. Father. Then mother.

“Son- what are you doing with the servant?” Father demanded, his tone taking an icy chill.

“Just accepting my gift. Sofia said it was from Mother.” Mother flinched. I wondered what I said.

“Sofia? You shouldn’t be asking the servants’ names!” That was my mistake. I knew I had upset her. She removed her pointed bladed cane, raised it- and all I remembered was a flash of blood.

Dead. My best friend was dead.

“How could you mother?!” I screamed.

Father grabbed my shoulder roughly. “We’re vamping up your training Meridan. Don’t let us see you doing this again.” Meridan. Not son. My mind shattered once more- jolting me to another dream.

The weight pulled down on my body- burning fire in my gut. The iron hoisted up on my shoulders. I was waiting patiently for my Elder Brother to come home.

It was his twelfth birthday- when I would see him again. I heard the door handle turn, the lock clicking. Yes! “Hello Midnight!” I jumped on him expecting a warm welcome.

Instead he blocked my hand twisted it and pinned it behind my back.

“Pay attention to your surroundings Murderin’; watch what you’re doing or you may die.” He dropped me to the stone floor. “Now go back to your training and leave me alone.” I scowled.

The first time back and he doesn’t even accept a hug. I walked over to my bedroom instead of training, and found Sheia inside.

“I said for the thousandth time- don’t call me that.”

“I never called you that before… Meridan! Can you help me with my training?”

“Have Fawkes do that.”

“Fine.” I sat down beside her. “This sequence instead.” I showed her how to wield the knife.

“Thank you! Can you listen to my singing?”

“No singing Sheia. None at all in this house.They are more like songs of destruction!”

“It is not Big Brother!”

“Sorry. I didn’t mean it like that… Your voice is beautiful- but one of those songs if our parents hear- will cause a death of somebody…” She stayed silent for a while.

“Can I use the computer Snowy?!?!” Yelled Fawkes just to irritate me.

“No! Especially if you call me that!”

“Then I’ll ask Gyren!” I face palmed. Two second later Fawkes went flying out of Gyren’s room and tumbled down the staircase.

“Ow! What is wrong with you guys!? Mom! Gyren threw me down the stairs!”

“That is because you are weak.” Was the reply from Dad.

“Then fight him and win and make him grovel.” From Mom. We both giggled.

“Do you want to dress up?” Wendy asked.

“Sure!” Sheia exclaimed. I responded with whacking Wendy across the face. Scowling, I stood up, pure ice eyes glaring down on her. She backed up rigidly too afraid to say a thing.

“I thought I told you not to tell Violet your name!”

“Yeah! Meridan what are you doing?! I asked for her name!”

“Making friends outside and inside the family except for with me is taboo!”

“Why? You’re selfish! Let me do your hair Wendy!” Wendy turned around letting Sheia play with her hair. I slid out my sword.

“That is a no! Otherwise you’ll wind up back in the torture room! You’re real stupid Sheia!” I ripped off my suit top.

“This is not from a bike crash!” I pointed to two diagonal scars across my back.

“And after that they’ll think you’re useless! No second chances! You’ll die! Cut from the family tree if nothing else! We’ll be forbidden from talking to each other!

And enemies of the family are going to kill you!” She started crying. I took my chance to sweep the blade toward the servant’s hair. Sorry Sheia. You’ll thank me later.

It would have hit just the hair, but Dad entered the room just then startling her. She turned around, just in time for her head to come flying off landing in a pool of blood.

“I’m proud of you Son. Your actions were great Meridan.” He smiled at me. Sheia shot me the dirtiest look in existence. I felt a gut clenching pain as well. It was my fault this time.

“What in the Other Side was that Meridan?! You killed my friend!” She was just five so of course she wouldn’t understand.

“And I wouldn’t take that action back if I could.” I said icily faking my emotions. “Her or you.

Did you want it to be the latter? Forgive me! All we are, is killers! Nothing else!” She would forgive me- but I knew that burn would sear itself into her memory forever.

I jumped to a different dream.

I was eleven. My last birthday. Warracademia when my view of the world would shift again. From a childish ignorant boy, to a cold hearted killer, back to a broken heart in need of repair.

My shoes scuffled along the concrete my head dipped low. ‘Wish me luck Sheia. Hope you can come some time.’ I mouthed to the jumping figure in the back of mind. Winson saluted back.

Fawkes looked grouchy, Gyren headed off. Majica scowled. Bliss and Quinn were arguing. The boss was absent. Gosring looked into the distance. Mother cried as always.

I started jogging in the direction of the train. Gosring’s gaze swept over me. Calculating me? He was a strong fighter after all. No- looking at someone. I followed his gaze slowly.

Feel the person’s Machaau… strong coming from… Crash! The fool crashed into me. He fell over, but I regained my balance. “Watch it! Or you might die.” I repeated Gyren’s words.

He grinned like a fool and blurted something that I quickly forgot. His eyes flashed like emeralds for a second. I focused myself into a glare instead of thinking of that face.

Without a warning he dragged me into a train compartment with three other stupid looking people.