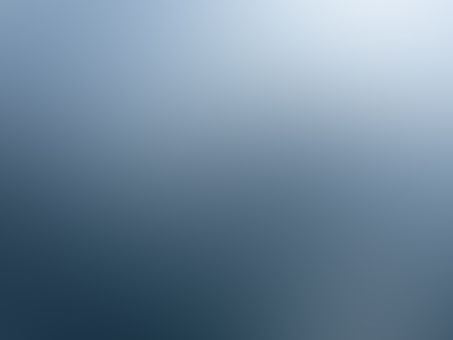 snakequeen Community member
Autoplay OFF   •   3 years ago
Transcript Use Images
After the Third Trial there is only one more. Will they be able to claim the title of warrior for good?
thriller cadekieranmachaaumeridanflute

“Stupid. I was already awake from your bumbling.”

“The test is over! Wanna race back to the airship?”

“That doesn’t even make sense Flute, and besides I can do twenty miles easy.”

“Well what do you think I’ve been doing around on Sun Island? Sitting around?”

“No. But you probably weren’t doing anything useful.”

“Meridan! You’re so going to pay for a treat if you lose!”

“Same back knucklehead!” I took off and tried to leave Flute in the dust. Unfortunately, he was telling the truth about that he ran a lot because he caught up.

“See Meridan?” He grinned at me.

“Not!” Flute dashed ahead. I sped up. We both sped onto the landing area.

“Why do you have to be able to run so fast?”

“Dunno. Just a little racing I guess. Though all the fishermen are so slow, I could probably race the cat better.” I took a breather.

“You two racing, huh?” The captain stepped out the ship. “I’m sorry to say, but you both arrived at the same time; which was twelve minutes before you were supposed to board.

In case you’re wondering, the next Trial is supposed to be dueling of some sort.” Dueling was quite easy. If Flute hadn’t interrupted my fight with Majica, I was sure I would have won.

Growing up in a family of killers means that all of your skills and senses are at top,

otherwise you were likely to have someone like your older brother poison your food just to see if you’re paying attention. Hence my poison training.

I absentmindedly, began skateboarding around the deck despite me hearing the captain’s complaints at my behavior.

“Can I try your skateboard?” Piped up Flute seeing me.

“No… Fine. If I get your fishing pole for a while.”

” I soon found out that hooking some of the fellow contestants on board was amusing,

and they would be quiet when they noticed which family I came from… Some people however were still yelling at me and Flute.

Flute because he was doing stunts and freaking out people by nearly crashing into them.

After a while, other than the contestants I had seen eliminated the only one I didn’t see there was Lucian Snow. The rich brat who kept bragging… He must have gotten delayed or something…

“The people so far eliminated in this round are…” The familiar captain’s voice interrupted my thoughts, and thankfully it was who was out. This gave me some knowledge. “Rex Redford due to death.

And Lucian Snow due to surrendering apparently…” He was weak. No one with strength surrendered. I decided to take a rest.

We’re getting close to the final exam! I was so excited.

And I bet my friends would pass too!

I was sure that Meridan would succeed as well as Kieran, I was slightly less sure about Cade due to her lack of certain abilities… The captain finally docked. “Here are the lists.

Look them over yourselves.”

Flute Vs. Washi A

Cade Vs. Majica A

Meridan Vs. Curtis B

Huan Vs. Dest I

Oh great. I was fighting Washi. I didn’t want to because it would kind of crush his chances at winning… But I wanted to win. “First off, my name is Ostella Nikos.

I’m your proctor for the next exam.” A girl stepped forward. Her braid was gold, and her eyes were a coal black.

A black jumpsuit went over her slender form, and a tattoo of crossed swords was visible on her right shoulder. “Second, the first match will begin soon.

We shouldn’t have to remove you from the match, but if you are clearly going to be killed I will ask you repeatedly if you want to give up.

We are not responsible for any of our contestants deaths. You may start.” Everyone backed up. Washi seemed nervous, and I don’t blame him after the introduction given.

“Okay!” Purple aura spread from his body. It looked almost menacing despite the friendly pretense we were on before. I released my own red aura. Slam! His aura shot out and hit mine.

I pushed back sending him backwards in few inches. It was pretty much a staring contest.

I could feel his aura weakening and so did he; he looked like he was trying with all his worth to push me back instead. Slam! He went flying backwards.

I caught him with the aura before he reached the wall. “Okay- Okay! I’m out!”