Commaful
Warrior of Warriors: After the Retrieval 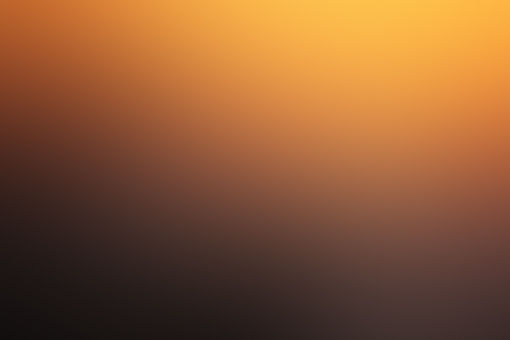 snakequeen Community member
Autoplay OFF   •   3 years ago
Transcript Use Images
~Meridan Zylar~ I ate the food slowly pretending not to be hungry. I didn't want to show Kieran I clearly needed to eat. She was a huge pain in the butt.
thriller cadeakoshsoniakieranauroglomachaaumeridanflute

Warrior of Warriors: After the Retrieval

I ate the food slowly pretending not to be hungry. I didn't want to show Kieran I clearly needed to eat. She was a huge pain in the butt.

Who literally shouts that you’re disowned and then tugs you back? That’s totally stupid. I wondered if Cade got my message yet.

Kieran said that she hoped my message got lost in the wind because of my rudeness displayed. She had tried to send her own message but I had tossed it away. She was still fuming over that.

We were camping outside a hotel because Kieran had said we had no money. Actually, I did, but I wasn’t sharing it. My family could probably afford the whole desert if they wanted.

I was beyond rich. Although I didn't tell her that. “So who is this Sonia again?” I asked. “You said she went after Flute, right?”

“Yeah. I’m kind of wondering if she failed. I don’t mean to be pessimistic but she could be dead.

And when did you say that mailman should be back? I need to hear a reply from Cade as soon as possible.”

“I said the incompetent fool should have been here a rotation ago, but usually things are a whole moon late when you use a mail system. And, yeah, I want her to be dead for stealing my spot.”

“Very funny. You didn't even want the spot before. You thought before that Flute was a nuisance and you couldn’t care less about him if a vehicle ran over him and he died.”

“I’m pretty sure you were thinking the same thing when you heard his last name.”

“That was natural! The Black Moon Gang killed my family! And if he’s the son of one of them what knows what he will do?!”

“I guess. He’s totally a game-changer. You want him to go away, and the next second you can’t let him go even if you let everyone else go for him.” Kieran humphed.

“So that’s how you really think about him, huh?” As she said this, her stomach growled. She hadn’t picked up the meal in front of her, and insisted not to until I ate completely.

Which I kind of toyed with the idea of messing with her and not eating since I could actually last for days without food. She was too polite for her own good.

She was all prim and proper wherever she went. She was still sitting formally in the desert. I saw a flash of light behind Kieran. Focusing on my food I tried to peek to see what was going on.

I didn't like to give away my observation of this event. A blade headed towards Kieran, and then wavered and fell. Was that who I thought it was?

“Oof! Oh come on!” A squeaky mouse voice rang out as I stomped on the supposed attempting murderer- my brother Fawkes.

“I got you again you blockheaded moron. Why are you trying to kill her?”

“You know why older brother! I thought you should know better than everyone else! She is dr-dragging you down!” He stuttered.

“Yeah. That was the scripted dialogue that Nessie told you to say.”

“She’s our mother, and no that was not scripted!”

“So you changed one word. Okay.” I kicked him to the side. He moaned in pain. Could he seriously even be an assassin? I guessed that was why he was a computer potato.

“Big brother Meridan! Don’t beat up on older brother Fawkes!” Rang out a voice in a perfect soprano. I groaned.

“So you got better at hiding Sheia. Why are you two here? And why are you singing soprano again?”

“Because you taught me to follow my dreams, I said I wanted to come along so I could be with you!” I think mother misinterpreted what Sheia was saying. I shook my head.

“Who are those two?!” Demanded Kieran shrieking scrambling away from my two siblings.

“Oh hi! You must be one of Meridan’s friends! Here you can have this!” Before Kieran could run away any further, Sheia shoved the blue flower from her hair into Kieran’s hand.

“Also, what’s your favorite brand of lipstick? We can compare!” Seriously? Why is it so easy for Sheia to open up to strangers and think that they actually care about girly nonsense?

“Is it poisonous?” Kieran asked suspiciously.

“No!” Sheia looked hurt. “Of course it isn’t! By the way that is a gorgeous shade!” She pointed to Kieran’s lips.

Kieran with a suspicion finally put the flower into her own hair, next to the fake rose, on the left side of her head. “Oh! Pretty! Meridan’s girlfriend looks beautiful!”

“We’re not girlfriend and boyfriend!” We both protested. Sheia giggled.

“Meridan, and what’s-your-name sitting in a tree! K-I-S-S-I-N-G!” She tried to push us into each other, but we both jerked away. We looked like twins according to Sheia.

“Okay enough with the fooling around! Go back to stupid Nessie already! Take Fawkes the cotton head with you, and quit following us!”

“If I go back… I’ll tell Mom you ran away with your girlfriend… Kieran Elise! I’ll tell her you have not been trying to do your duties! Like trying to kill her?”

“Wait… what! Are you blackmailing me you foul creature!? And won’t you be in trouble too?”

“No! Daddy Winson wouldn’t let that happen! His new favorite is me after you ran away! He said I should improve my soprano a bit with hypnosis and use that for an assassin’s career!

” I groaned, and rolled my eyes, glancing at Kieran, and then back at Sheia.

“Fine you can come along.

Remember the only reason is because you are blackmailing me!

And also, you know Winson is just trying to use whoever for continuing the family tradition, figures he can’t get lame-o Fawkes in the business and is buttering up you.”

“I heard that!” Protested Fawkes attempting to get up off the ground but falling back down.

“No you didn't. Now scramble your little piggy legs back home, or I’ll chuck you there.

I’m sure one hundred forty two pounds in nowhere compared to twelve thousand five hundred and forty pounds. I could chuck probably toss eight of you with one finger.

” He squealed just like a pig, and scrambled surely, out of my range.

“Is that a lie?” Asked Kieran. “I’m pretty sure the last record I heard of was six thousand two seventy or something like that.”

Winson can lift about thirteen thousand eight hundred fifty eight pounds. Although I think I can surpass him soon. My original goal was just two times the world record, that’s all.

Those morons just haven’t recorded it yet. Isn’t it normal to be able to lift three hundred pounds?”

“There are non-assassins that can lift six hundred at this age. My personal mile is a little over a minute, but the record is supposedly about one hundred fifty percent of that.

” It was clear Kieran thought of me as even crazier than before.

“And why does your sister know my name?!”

“Because mind reading is easy!” Kieran looked even more disturbed.