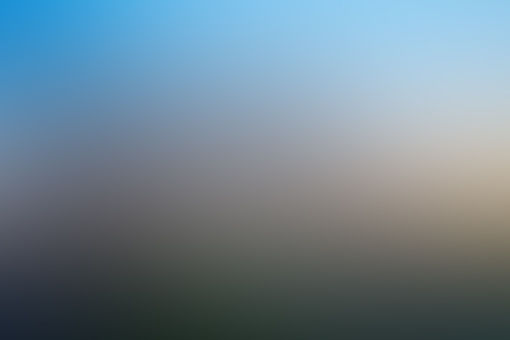 snakequeen Community member
Autoplay OFF   •   3 years ago
Transcript Use Images
This is world where the impossible things become impossible. It is ten centuries in the future. Scientists have managed to create a serum that will grant someone superhuman or impossible abilities. The problem? It means more crime.
thriller escapedystopianfuturisticjailisaac oman

This is world where the impossible things become impossible. It is ten centuries in the future.

Scientists have managed to create a serum that will grant someone superhuman or impossible abilities. The problem? It means more crime.

It also meant since some were granted the power of immortality, we had to kill people to prevent the world from becoming overcrowded. I am one of the Immortals.

I abandoned the council a century ago. I care nothing for human life. Especially not my own. I’ve tried to kill myself several times. It didn't work. My Perfection supposedly is good luck.

I would call it bad luck. Tie myself to the train tracks? The train runs out of coal and stops before it gets anywhere close to me.

Try to drown myself? A dolphin pushed me up back to the surface. My name is Magnus Jackson. The townsfolk call me M. Mysterious. Murderer. Marvel. M stood for many things when it concerned me.

Mostly it stood for miscreant. I managed to cause a lot of trouble, and annoy all the Perfects. Perfects are those with ability. Imperfects don’t have ability.

They die every day for their crime of being Imperfect. We don’t need them; and someone has to die.

My name is Isaac Oman. I’m about to die. Eleven. My death date. I’m an Imperfect. Imbecile apparently. Just because I’m not Perfect. The guard yanked the chains roughly hauling me closer.

“My wish-” I spat in his face, “is for you to bug off and kill yourself. Maybe tally how many times I escape from you, you bastard. My way to die? I don’t need any. I’ll survive.”

“Really? And how are you planning to do that?

The only way you don’t is for you to start ratting out and helping kill Imperfects, and you told me three times at least how you would do that upon your death.” I glowered.

“Shut up idiot. You’re just asking for torture.” Said a guy behind me. Raven hair dripped down both sides of his head like ink puddling. He had blue eyes as dark as midnight.

“By the way, you look like a tomato.” I scowled.

“I don’t!” It was kind of true though. I was kind of chubby, and I had red hair that came down in spirals, as well as green eyes as green as forest.

“By the way sir, if nothing else- burn this.” The boy said shoving a photo into the guard's hand. “I want to die fighting someone.” The guard’s eyes lit up from the prospect of entertainment.

I just frowned. The girl behind us was a brunette with brown eyes. I hadn’t heard her talk the whole time.

“How about you?” The guard sneered turning to the girl.

“I would like to die of starvation. My wish is for you to let a prisoner go.” Her eyes burned with defiance.

“I’ll try to be entertaining if you do.” She suggested. Her face told that she would probably despise that happening. The guard just shrugged.

“Fine. I could kill for some entertainment. Literally.” He and his buddies guffawed in the background. “Let him go then.” He pointed to an old man. “He kind of failed as a plaything.

” I gasped at his crippled old form. Graying hair and sunken gray eyes were contrasted by his pale wrinkled skin, still sporting bruises from torture.

He nodded still quivering and scampered off. “Surely the kids will be more entertainment. Especially the boy.” Boy? I thought that only the girl volunteered?

“Oh? Pretty little me is so much trouble? Perhaps five times got on your nerves?” Asked a teasing voice. “Maybe got tired of my eleven years in prison? But then again- it’s a bit less.

Let’s see… maybe eight years?” He had a great spark in his eyes despite being in prison so long. Messy blond hair came in waterfalls to his shoulders, and blue eyes shined like the sky.

Sure he looked as beat up as can be with numerous beatings criss-crossing across his back, but he was still as sprite as ever.

And what did he mean? Escaped five times? That wasn’t possible… was it?

“Knock it off guys. Quit fooling around. You should have just killed the old man. Besides the idiot got himself shot halfway to the door.” A new guard came around the corner.

He had armor coating his body and all was visible was dark black hair spiking up and pale white as paper skin. “There is no point in letting them choose their deaths.

” He complained seeing us already in the spots to die. “A sword would suffice. We don’t need to make a spectacle.

You… brave and foolish,” he pointed his sword at my neck at me; me hanging from a noose. “You; such a hotshot.” He slid the sword across the first boy’s neck.

“You though… there can be an exception. We’ll use the drowning tank for that.” He points to the next boy. “Sure. Let’s see you pitifully starve to death.” He sneered at the girl.

The guards finally left. I squeezed my eyes shut expecting to die. However the sword missed and severed the ropes. That was… on purpose? “Let’s go idiots.” The blondie nodded enthusiastically.

“Don’t thank me, Boss sent me again. Money works well.” Those two knew each other? The girl sighed and hopped down from the platform. The other boy just walked over groaning in annoyance.

All five of us scrambled out of the building. There was something wrong; there were two vehicles parked near the front. Both had drivers on them. Was this a trap?

“Hurry up, get on!” Yelled the first driver thrusting their hand out to me.

“No- over here! That guy is a lier!” The other person yelled. First person. That must be the correct getaway car.

“No time and I don’t trust either of you.” Raven hair kicked the first guy off the motorbike climbed on, and stomped on the gas. He pulled me on quickly.

The girl kicked the other guy off the bike and yanked Paper skin on. Blondie scampered on a beat up bike, that was hidden in the grass.

Who knew? Before I knew it, I was rocketing along the bridge- a mile lone that connected the main land to the island we were being held captive on. Suddenly a bullet whizzed past my face.

Not from in back of us… but from out front. It slammed into a tire behind us, and the car skidded, crashing into several others, blocking the road.

The guy removed a lighter and lit a stick on fire throwing it into a car, causing a huge explosion. He cursed. Was he on our side or not? I didn't trust anyone at this point.

Blondie decided that he was an ally, and zoomed towards him. The girl jerked on the handle, and steered after him.

“Oh damn it. How could I miss them?” Muttered the white haired guy. The driver of my vehicle cursed and slammed the vehicle into top gear, skidding after our fellow escapees.

“Woo-hoo!” Blondie also slammed it in gear. “So where you takin’ us, top guy?” What did he mean by top guy? “And what’s your name? I’m Peter Kent!”

“None of your beeswax idiots. I was trying to hit you anyways…” Oh great, He was against us? The guy reloaded his gun and took aim.

“That means I can get wild, right?! Let’s shoot his bike down Winter!”

“You weren’t supposed to call-”

“Okay Mister Black! Let’s do this! Let’s do full!” Blondie passed out.

“Oh curse you Kent. Whatever!” He slammed his foot into the ground, and then hefted a chunk of the highway at the boy shooting at us.

Hefted a chunk of highway?! Was this guy a Perfect? What did Peter mean by ‘go full’? Why did he pass out?

” The notorious Perfect? The guy who could control anyone who was in his sight of vision? The white haired guy’s eyes lit up with recognition, and threw a smoke bomb to the ground.

I cursed myself for not having powers. The girl struck the ground as well. Seriously? Were they all Perfects?