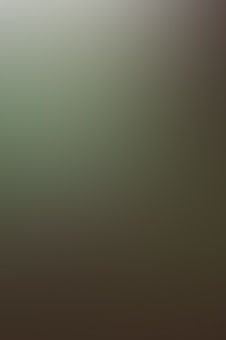 I pushed some of the curtain of gingerbread colored hair surrounding my face behind my ears and hunched further down in my seat. This wasn’t exactly an expression of shyness.

It was what I did when I was thinking. And right now, that was what I was doing a lot of. I was concerned for both my welfare and the other passengers’.

I had absolutely no leads on who the killer might be, and I didn’t come here to be killed in my sleep. Okay, clue one. The killer had a knife.

Couldn’t we just search everyone’s suitcase for a knife? No. That wouldn’t work if they had already thrown the knife out the window like any sensible person to hide the evidence.

So, clue two, they had a ski mask and a cloak and goggles. Anyone who was a traveler could have those items to survive in the cold climate.

Clue two, they were taller than the woman who had been attacked. Uh- everyone was taller than her except for me. So of course I’m sure I’m not a suspect.

Wouldn’t that just make it easier for the killer who to decide to kill? Clue three, they seemed to be randomly attacking people.

They didn’t bother to stay to murder the woman, or the unofficial detective.

But they murdered some random unintelligent looking man who apparently had the need to eat five servings of noodles… So that doesn’t narrow down the scope at all,

and I will be more likely to die because I’m shorter than the last victims.

Okay, this was getting me nowhere. I could ask the doctor to see if she had analyzed the poison yet. . . Yeah. I would do that.

I brushed the rest of my long hair out of my eyes and scooted a table over to where she was sitting.

“So, how’s the analysis going?” I beseeched her.

“Huh?” she asked as she squirted something into a test tube and put it on a small scale.

“I asked how the analysis was going.” I repeated steadfastly.

“Sorry, I wasn’t talking to you. I was just confused about the results of the tests I’ve run. He had barely ingested the poison when it took action.

He had large amounts of it in his system, more than one would normally expect. Then again, he ate at least six servings of noodles. The weird thing is that I don’t recognize he herb.

I spent the last four years studying different types of poisonous plants, but this one isn’t familiar. That is unless it’s. . .” she broke off her train of thought.

“What?” asked the patient who I hadn’t noticed there.

“I’ve heard of a rare plant that only blooms once every ten years. It isn’t poisonous, at least not unless it’s in large amounts. It’s known as a fever reducer. This could be it. . .”

“You’re saying the murderer knows a lot about plants.” I concluded. “Is that it?”

“Maybe. That’s all I can say for now, so don’t assume anything.” the doctor warned. “The analysis is done. By the way, what’s your name?”

I didn’t see any point in lying. If the killer wanted to get rid of me, then they would already know my name. “I’m Cara Peters. You?”

She gave me a warm and welcoming smile. “I’m Dr. Elina Blackburn.”

She agreed to make an alliance. An alliance meaning that we were going to share whatever we discovered with each other. It also meant that she was going to protect me somewhat.

Which was a comforting thought considering that I didn’t have any idea who killed the guy with blonde hair, attacked the woman in the white jacket, whose name was apparently Caitlyn Cox,

or who who pushed the shelf over in the kitchen. But whoever it was, they were probably going to target me next because I was obviously not a suspect who they could push off blame on.

I rounded the corner to the right and found my room - room 8. I inserted the key I gotten to it when I had bought a ticket.

Maybe if I locked myself in my room, I would survive for the next week. It had been only half a day and someone was already dead.

If someone died every 12 hours, then only a couple of us would make it out alive, probably including the murderer. I was so uninformed about the passengers.

Anyone could be the murderer, and the murderer could technically be hidden somewhere and not even be one of the ‘official’ passengers.

I heard a bang on my door. Two sharp raps. “Hello? Anyone in there?”

“Cara Peters. Is that all you want to hear? If so, go away. I’m busy.” I said rudely and straightforwardly.

“That was it. Thanks!” He broadcasted.

What a weird request. Why did he want to know my name? Was he being a snoop? I decided to follow him down the hall.

“Hello?” I heard him do two sharp raps on room 9’s door. Was he going around doing this to everybody?

“Anyone in there?” As far as I could tell, no one answered the door. “If you’re not, then I’m going to come in!”

What? If I hadn’t been in my room, would he have looked in it? What a rude thing to do!

I heard a lock click. He knew how to pick a lock? Room 9’s door creaked open and he went inside, quietly closing it behind him.

Shucks! I wanted so bad to follow him, but I decided that eavesdropping would have to do for now.

I heard a clasp snap open and the sound of a suitcase being allowed to show its contents. Papers rustled and then there was silence. “A client list?” José pondered. “Nah. This is boring.

What was he doing now? Looking through their paperwork? Who even lived in this room? I pressed my ear to the bottom of the door.

Out of the corner of my eye, I saw a figure coming down the hallway. Oh no. I needed to hide. I looked around for a hiding spot but couldn’t find one.

So I sprinted across the hallway back into my room before they caught me eavesdropping outside a room that wasn’t even mine. I caught snippets of a conversation.

Did they sleep in room 9? I looked under the crack of my door and saw #9’s door wide open, with someone standing in the entryway.

“What did you see?” they whispered. I wasn’t able to discern whose voice it was, since I couldn’t tell genders or people from voices very well.

“Then get out of here. Don’t tell anyone what you saw or who is in this room. Do not come back here. Leave with your eyes closed.”

“Then something horrible will happen.” they threatened.

“Something you don’t want to know.”

“That means death, doesn’t it? Don’t join the murderer. Can I leave with my eyes open if I agree to an alliance?” he tried to persuade them.

“What kind of alliance?” they questioned.

“Uh- we exchange information through notes since you won’t let me see your face. Would you tell me your name at least?” he pushed.

“Fine. I’ll alliance, but you don’t get my name, Benedict.”

Then I heard the door slam.