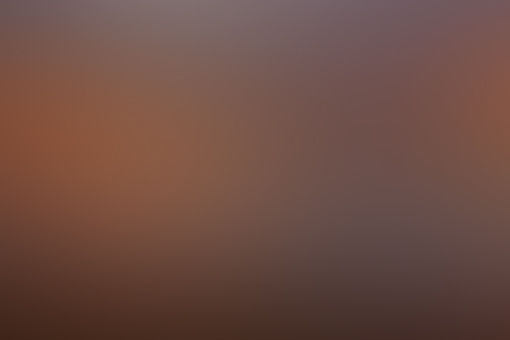 A blonde haired man fell off a stool at the bar counter, froth foaming at the corner of his mouth.

At the same time, ‘Josh Somerfield’ and a brown haired man dashed out of the room, followed by the doctor. Where were they going? It happened in a blur.

I jumped from my chair, letting it topple over as I rushed to the blond haired man’s side. I checked for a pulse, and when I didn’t find one, knew it was too late for CPR.

He was dead, and there was nothing I could do about it. For an inventor, I wasn’t able to improvise quick enough. I think that was the first time my brain had ever failed me.

I still hadn’t forgotten that incident. Then again, he had only been twelve back then. I don’t know how the authorities had failed to catch him back then-only on camera.

The blue haired man shook Ray by his shoulders, but all he got in response was a blank, glassy stare. “Come back! Please! You’re my first friend since the military!”

“It’s too late.” I whispered quietly. “There’s no bringing him back.”

I scoped around for anyone who looked knowledgeable enough. That marked the blue haired guy, and Dr.

Blackburn as potential new targets, as well as anyone weak seeming such as Ann Powell, me, Caitlyn Cox, a blue eyed woman,

and a suspiciously limping man with a bandaged head who sat with another man and a woman. He had shaggy brown hair in short spikes all over his head, and black eyes.

He wore a black hoodie with a logo for some rock band imprinted on the front, as well as knee-length brown boots and black sweats.

Other targets that caught my mind were a woman and a man who seemed quite disconnected with the current going ons here.

The woman had wild messy brown hair down to her waist with streaks of red dye, and and pitch black eyes.

She wore a black tank top which outrageously showed off more than necessary, and black shorts. She even dared to wear sandals in this cold.

The man wore a red jacket and blue track pants, which totally clashed and gave off the ‘look at me,’ aura.

He had black hair that never seemed to stay flat and and huge sunglasses that fell off his nose every two seconds. Upon looking closer I realized he was blind which explained-

CRASH- SLAM!!! “Sor-ry! I am ve-ry so-rry!” BASH. CLATTER. SMASH. Porcelain plates broke into fragments everywhere he went, and soon he was met by jeers. Apparently he had a speech problem too.

“Get out of here! I’m trying to eat!” Yelled the doctor, pushing him towards the door.

“What a sweet voice! Can I have your-” And disturbing behavioral patterns.

“Go away, ugly!” The doctor roared. Everybody turned and stared.

“I’m getting a new plate!” Tristan Wade announced, scurrying away from the table.

“Do you think he knows that he doesn't get to have more food?” Asked Ms. Powell, rocking back and forth in her chair.

“Or do we get to have seconds? I WANT SECONDS TOO!” She yelped, jumping up from her seat and waving her right hand wildly.

“SECONDS OVER HERE!!!” Her bulbous body knocked down her plate and another crash reached my ears. Her cup toppled over after that and spilled juice all over her seat. Walter the waiter ran away.

“I think he meant his plate was broken…” I muttered.

“Oh. Yeah. That makes sense…” She muttered, cheeks turning plum purple in embarrassment. She sat back down, but missed the chair and next I heard the thud of her bottom meeting the floor.

“I’m getting a new plate too.” Another woman said, standing up.

Noticeably, her plate was in perfect condition and full, so there was no reason for her to get more food, neither to get a new plate. She was up to something.

“Me too.” I followed the other woman. After me, the blue eyed woman stood up and then left the lunch hall muttering something about changing her clothing.

A man with square glasses and smooth black hair and piercing dark eyes followed me out, wearing an eerie smile. He wore a dress shirt and pants-which didn’t even look a day old.

When I looked back at him, he offered a tiny smile in my direction and then switched a computer on, removing it from his backpack.

He moved the computer around the room as if trying to get better wifi, and then shrugged and began following the blue eyed woman out of the room instead.

The three who had been sitting at the table behind us had left. And so had the one person who had been at the bar. Walter had noticeably vanished, and Blackburn had gone to investigate ‘Ray.’

so that left… The doctor who was looking at Ray, the woman who hid behind her black hair, Ms.

Powell; who was raiding the kitchen in search of food, the inappropriately dressed woman, José, who was still moaning about the death of his ‘friend’ who he had literally just met,

a woman with brown hair that swarmed her face, who possessed big brown eyes with honey colored highlights and a white kit to the that rested on her left side,

as well as another woman with blonde hair fastened in a taut bun, a blue bandana with white daisies curled around the edges, a sunburnt face, a leather coat,

I skirted the counter and pushed my way through the swinging cherry wood saloon style doors. Like I thought, the young woman with the braid whom I had been following didn’t get any food.

Instead, she left her plate by the sink and exited through the other door, avoiding my gaze. I dumped my plate in the same place and snuck after her.

She went down the hallway and turned right - not to the cabs, but to the bedrooms. Why was she going to her bedroom?

She took about five steps when she did an abrupt about face and I nearly crashed into her.

“What are you doing?” her hazel eyes flashed dangerously and her lips tightened into a grim frown. “Why are you following me!?”

I took a step backward. If there was anything I should do, it would be to lie. What would be a convincing lie?

I swallowed hard. “I just wanted to see what room you were going to. You know, if I ever wanted to contact a certain person.” I gave her my brightest smile, playing the fool.

She took a step forward, narrowing her eyes. “You think I’ll believe something like that?” she scoffed. “You’ll have to think of something better than that if you want to trick me.”

I widened my brown eyes and gave her my most confused expression. “I’m not tricking you!” I stated in my most sincere voice.

“You haven’t yet. Though I give you the credit that you’re a good actor. Got any information on the passengers?” She questioned.

I noticed that she moved closer, barely a foot away now. “Fine. You got me. About the other passengers, well, I don’t know. Where’s your room? What’s your name?”

She let out a short laugh. “You ask me questions even though you don’t answer mine?” She paused. “My room is room eleven. If you want to talk, slip a note under it.”

“Liar. Room eleven is a storage closet.” I remarked in a flat tone.

“A lie for a lie.” she muttered. “Let’s not repeat that. How many passengers are there on this train? What’s your name?”

“There are twenty.” I answered truthfully. “I’m Lenard Bailey.” I lied.

“Ha. Again with the lie. I’m Joyce Freeman.” She stated.

“Fine. If that’s what you want, you’ll know me as Joyce Freeman and I’ll know you as Lenard Bailey, and we’ll communicate with room eleven.

By the second time we meet from now alone, come up with an answer to this question. Who is the killer?”

Then she slipped by me and her footsteps faded down the carpeted hallway.