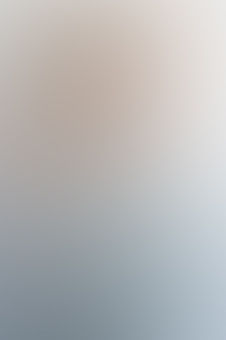 <???> The camera flickers, focusing, and refocusing on the dark tank, and room.

<???> A boy flails like a bound fish in the murky water, thrashing for even a gulp of air. Blood streamed from both his hands turning the water stale with copper.

<???> His silver hair flushed in waves behind him, as his red eyes darted for any sort of opening.

His heavy gray winter coat dragged him downwards, and he swam like an underwater flower seeking out light, as the skin on his pale face. Stupid. This was beyond stupid. Where was I?

Freaking get me out of here?! Are you going to drown your captive before you get paid mon- Glurgg! KKkk! KKkk! I said get me out of-!"

<???> "Is this really such a good idea?" The camera sweeps over a short girl with an even shorter blonde cut.

<???> "Of course it is a good idea!" The camera shot to another female with springy fiery hair and glowing green pupils.

She stretched her arms backwards, lifting her white halfshirt, and exposing her midriff. She stood up brushing off her navy blue skirt.

"It'd make a great film!" A film? That just sounds really, really stupid. Being harassed by bullies was one thing, getting bombarded by fangirls and crazy drugees was another.

Can I just go hom, yet? This class is more like Ultimate Annoyances than anything. They all have superiority complexes.

I mean, I don't care, but if there was a door somewhere, that'd be a whole lot faster than waiting for a month in this room." The lens flipped to a boy barely reaching my armpit.

He had a washed out gray color flecking his hair, and turquoise eyes so bright and pure, they almost looked pure green or blue.

A dark blue jacket scruffed around his chest, with a broken zipper hanging half off the bottom.

He wore a white T underneath, with black cuffed pants, and low rising high tongued leather boots swimming with fur.

And stranger yet than his appearance, was something perched on top of his shoulder seemed to be... an army of snowmen?

<???> "I mean if it does-" He continued. "It would be fantastic, but right now, it just sounds like you're gonna waste a month's worth of food sitting in this dumb room.

" When my eyes adjusted, I finally recognized them as my classmates, from Hope's Peak. What are they doing tying me up in this tank? Actually, where are we?

<???> "I'm Mondaji, Daichi, the Ultimate Technician! I expect you're my classmates, right?

And- where are you hiding- Mizuma, Haruto, Ultimate God! Let me out of here!"

<Kosagi> "I'm impressed you know my name! I am a rare film director that only comes around in once in a hundred years! You are greatly lucky if you find a star like me!

" The girl tilted her head back, closed her eyes, inhaled deeply as if smelling the coffee of reality, and then exhaled back out in a smile.

Would one of you be so kind as to remove me from this tank already before I drown?

" My eyes searched for the last remaining member of the entourage, and finally found him huddled over a book in the corner of the room.

I was amazed that I hadn't noticed him before; each of his hair strands was dipped in fluorescent white neon paint, and his eyes were cutting layers of puncturing glass, with a vampire's skin.

The only 'normal' thing about him was his blue collared school uniform shirt, and shorts. His bare feet brushed against the tile of the floor.

<Akata> "Haru! You didn't even believe this would work, did you?! You stuck a kid in there? Quit bullying him and get him out!" She accused.

In dredged relief, I felt my body slowly escalate into the freezing air.

<Daichi> Then a blinding pain flooded my legs and arms, while my hands still stung. What was lifting me was no person, it was a rope. I toppled onto the slick tile, groaning in pain.

<Aokarin> "Well, now you're out. Is there any other way that you can think of out of here?"

<Aokarin> "Oh wait. You don't even know where we are. We somehow wound up unconscious in the southern branch of Hope's Peak on the field trip.

There is at least a hundred foot concrete wall surrounding it, in an impossible climb, with electrical barbs all over it. A 12 mile forest separates that, and here.

We're currently in the mansion we were supposed to stay for the film. However, no director has shown up yet."

<Aokarin> "-Or at least that's what they said, I was too lazy to check."

<Kosagi> "Wouldn't this be the perfect spot for an Attack on Titan Sequel?!" She squealed, clapping her hands. She resembled Hange. I could feel my brain leaking out between my ears.

The door swung open, right through the 'caution, exhibition incomplete' sign, right at the watery tank and pillars, and there stood a giant.

<Hashine> Long dirty blonde hair trailed down to his waist, brushing against his dark tanned skin, with thick bundles of absolute steel muscles.

Mesh tape wound around his calloused knuckles that gripped firmly in an arm cross above his white tunic. The leather belt strapped to his waist held up black pants.

A dark colored headband wound around his mess of hair, and a turquoise amulet strayed from his neck. Rokuba?! Ultimate 'Beast?!'

<Hashine> "Let's get going now that the new kid's up and shining." He jutted his thumb out the door.

"Hey, what's your name boy?" He crouched down, and screwed up my three minute routine hair- which in my mind was a long time.

<Daichi> "Get off of me, pervert!" I scrambled back, kicking and flailing out his iron tight grip. "Some Ultimate you are."

<Hashine> "Whatever. You're no fun." He was completely unfazed by the physical attack and hadn't really moved at all. He scratched his head, bits of dandruff falling out as he stood.

"I can't wait to pounce on the other noobs!"

<Daichi> "I'm not a noob, you hear?!" I shook my fist after him, but he just walked away, laughing heartily.

<Akata> "Don't you think that was a bit of an overreaction? He was just being friendly, Dai-kun."

<Haruto> "He is not joining my cult. Hey, hey, Daichi-Kohai! You're willing to join, right?" Junior? He looks younger than me.

Forget about it! You already stabbed me, and then half-drowned me! "The silence of utter acceptance! I'm overjoyed!"

<Akata> "Or utter disbelief. Of course he's not going to join after you tried to kill him."

<Haruto> "You second my proposal?! Yes!" I think he's kind of mental.

<Daichi> "I think you meant that-"

<Haruto> "Yes! Yes! Yes! You understand my perfectly good intentions have no ulterior motive behind them to murder you cuz I'm not that type of person!" Whaaaat? It sounds like you are.

<Akata> "Haruto. He just said he didn't want to join. I advise you listen to the whole sentence. I don't think-"

<Haruto> "You volunteer to join too?! I'm going to get really great robes for both of you!" He rummages through a suitcase, and out pops *viola* two more outfits.

It occurs to be only then that Kosagi had already stuck one on, and so did Aokarin, likely to get Haruto off his case, given he was typing on his phone.

<Dakota> "I see." Inhale. "You are already acting like plebs." Exhale. "Didn't I already tell Ape Man to bring you guys to the auditorium? We're holding a meeting.

Her black eyes glared daggers at us, and even without the black and white contrast, of black earrings, a white T-shirt, a black skirt and heels, she striked me as a witch. That's rude.

Well sorry, she looks like a witch! I almost would have never believed she was the Ultimate Touch if it wasn't burning as day on her Hope's Peak Profile!

<Akata> "Fuyunobara-chama, I would not refer to him as such. His name is Rokuba, if you didn't know."

<Dakota> "And my name, is Dakota, fool." She stalked out.

<Daichi> "Fuyunobara?" What is she talking about? Does she seriously not know the make up artist's famous nickname?

<Akata> "Her real name. Dakota was just a 'catchy' stage name, since her last name is North. So, North Dakota." She paused mid-sentence.

<Akata> "We should catch up to the group. Lateness can't be tolerated."