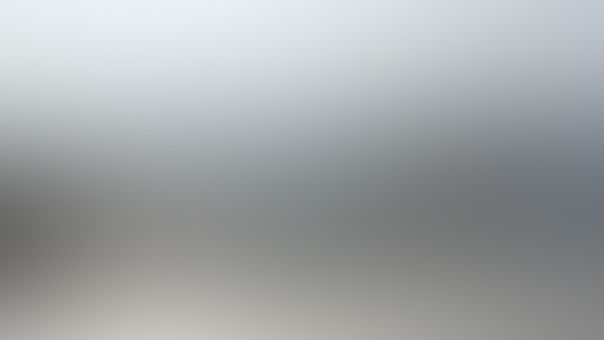 "Don't even pretend you're an angel~... I've seen your wicked smiles, and your betraying grins at each execution. You're just like me, aren't you?"

Position: He enjoys the thrill of killing as the Carrion Serial Killer. He doesn't even care if it costs him his own life if he can leave the world in flames.

He literally points out his involvement in the murder in the last trial.

Appearance: A gray haired boy with kind silvery eyes, and a tanned complexion. On top of his black sweater, he wears a brown tunic, and a soiled white apron slapped with a maple leaf sigil.

He constantly sports a strange necklace with three tomoe around his neck, and also dons scuffed gray jeans, and mud encrusted lace up boots.

Personality: Sadistic, sardonic, and psychotic, he doesn't hesitate to kill anybody- except Sero,

who he views as a serial killer just like him after watching Sero's previous reactions to the deaths.

He often is calm, and repoints the blame anywhere but himself, and obsessively loves Kazuki,

to the point of his name being the only one written on the card after Shiaru undertakes similar injuries to him to avert blame from both of them.

Pre Game Backstory: As the Carrion Killer he was known as Japan's 20th scariest serial killer, and he states that Sero was #19.

The only thing he seems to like more than killing and Sero, is gardening,

undertaken because of the easy way to hide poisoned bodies under the ground and cover up their smell with the Carrion flower.

"Perhaps as rigged as this trial is?"

In-Game: Seeing the world just as unfair as it is, he's certainly no gentleman when it comes to pointing out others' faults during harrowing trials.

He shares a supposed bond with Sero, and nobody else. Tatsumi hates him instantly...

Death: He is executed by being killed by his own gas- a fitting ending for this murderer.

"Ease up, dude. Nobody's stupid enough to do something for this kind of motive."

Position: He dislikes the idea of the killing game, but he doesn't believe it will ever amount to anything- until it does.

Appearance: He has a sprawl of golden hair and reddish brown eyes. He ears his black jacket wide open, with a white T-shirt, and a pair of sunglasses dangling between his fingers.

"She should have hit him harder. How many grapes do you think I can stuff into his mouth while he's asleep?"

Personality: He's pretty carefree, and is blatant when stating his opinions. He loves fooling around, and doing things he shouldn't.

He's greatly immature for his age, and is involved in pranks, food fights, and bad jokes often.

Pre Game Backstory: He was Sora's boyfriend becoming her's after they were both forced to go to a 'boring formal' dance, which was promptly spoiled by him.

"Where's the corpse? Did it turn into a zombie and lumber off?"

In-Game: Even in the game he ignores everything serious, and only reacts when he's angry that Sora, or himself gets insulted. He's one of the only survivors.

Theme Song: Savior by Rise Against

"I don't really know what happened. They could've tried to escape... Maybe Nagisa got his lame arm stuck in the soil, so they hacked it off to save him. But they were no doctors, so he died.

Or maybe it got caught in the elevator. Either way they disposed of him after they realized he died."

Position: She is one of the more optimistic people, though she seldom talks to anybody but here sister- that you don't see talk to her more than 3 times throughout the entire plot.

Appearance: She shares a lot of qualities with her sister, except her hair is much longer and dangles to her waist even.

All she wears is brown, and she wears a sweater, and a pair of leggings matched with a skirt. She carries around a worn notebook for horror poetry and sketches.

She might be more of the depressed side, but who really knows?

Pre Game Backstory: After her parents divorced, she increasingly spent more time with her sister Sora, and hardly talked to anyone else becoming withdrawn from society.

"There's a new floor; Monokuma unlocked it once... the second case closed."

In-Game: She doesn't have a lot of relationships as she only relays what others tell here to. The only bond she has could be acquaintance with Sero, who said like (5) sentences to her.

Death: She is stabbed in the back with a knife by Tatsumi on accident in Jiji's trap.

Theme Song: Impossible by Shontelle i.e (Originally by Miu Danilla but I recommend this version.)

"Sora and I are about to discuss the importance of forming groups here."

Position: She remains friendly for all of the two sentences she lived through.

Though her appearance indicated otherwise, she is polite, and seeks strategy to end the game rather than brute violence.

Appearance: Sayu: She stands out among the girls, with a ripped muscular body, a black sports tank, and purple yoga pants. She has silvery hair and black eyes.

Personality: She is quickly agreeable in most situations, although it is revealed she holds insecurities. Not trusting Danza, with her secret, she attempts to murder him, leading up to her death.

Pre Game Backstory: Nothing is known.

"Are you and Hazumi already allianced?"

In-Game: Her initial goal was to befriend and alliance with all the different students, but it didn't work out so well... in Danza's case.

Death: Dies from a single stab wound as she isn't prepared to be attacked back by a professional fighter.

Theme Song: Whatever it Takes by Imagine Dragons (Please pretend this is not just in here because I ran out of songs.)

*Yajima doesn't actually ever talk even once.*

"Unless we're going to keep harassing him for something of little importance, to get information about his dad or something by executing him, we should move on."

Position: Nagisa is a practical thinker who doesn't want to follow along with the motives.

Appearance: (Yajima) She's tall with blue short hair, with eyes, and a shirt in a rich azure. On top of a blue work shirt, she wears a black tank top. Both her legs happen to be lame from birth.

Appearance: (Nagisa) She looks exactly the same with an unorganized outfit her arms were the ones broken. She often wears a charms bracelet around her wrist.

"Thank you for what you did. It... was so meaningful to me. Somebody who tried to save me, even when I failed you all."

Personality: She is the most selfless character in the class going to far as to attempt to kill her own sister and try to get executed in the place of Atura for her own fault.

She winds up hospitalized the rest of the game for this act.

Pre-Game Backstory: She was close with Yajima, but there is little evidence that anything else occured in the past.

"What is going on?! What is wrong with everybody?! She just did it for her family!"

In-Game: Staying true to her ideals even in times of danger, she carries the unpopular opinion, even when it puts her in low opinions of others.

This is one example that makes Sero change his mind at the end.

"Let up man, I just said the wrong thing! Why would I spy for that psychotic bear?"

Position: Even if he's innocent of one thing, he's guilty of another that he refuses to let people know.

Appearance: He is fairly tall, with a long slick ponytail of stark white, dipped in an inky black tinge at the end.

His eyes are a scarlet red, contrasting with the white half mask that slipped over the left of his face.

His right sleeve is black, frequented with white polka dots, but his other is white with black stripes slipping across. The odd black and white contrast slips over a red tie.

"Can you please just stop?!"

Personality: He has a lot of displeasure at what goes on, and he isn't afraid to show it. Often, he feels neglected because of the others' behavior around him, but he's good at heart.

Pre Game Backstory: He was introverted and spent a lot of time on shows- that nobody ever came to according to him.

In-Game: He's pretty honest when it gets to his emotions and chooses the peaceful way out of most things.

He believes what people don't know can't hurt them- which is why he hardly tries to talk to others.

Death: He is hung by Kenji for his 'crime' of espionage.

Theme Song: Keep Holding On by Falling in Reverse