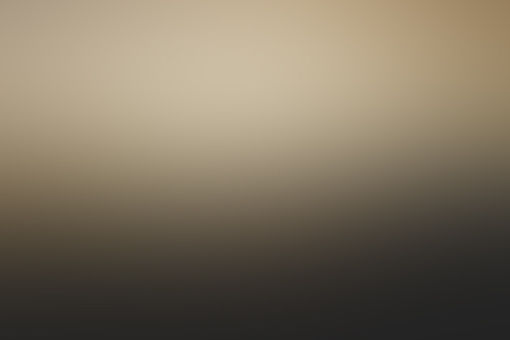 snakequeen Community member
Autoplay OFF   •   2 years ago
Transcript Use Images
Launching back into a trial, with only three people to wager for who is the culprit turns out to be a rocky road. Can Sero steer them out of this mess, or will the double murder render him out of luck and life?
fanfiction mysteryhorrordangan ronpadanganronpa scariest dangan ronpa fanfictionscariest danganronpa fanfictionlgbtq mystery fanfiction

<Sero> [I take the device, and press it to my hungry ear. The slants of music feel like fresh stabs into every wound I didn't know I had.]

<News Announcer> "And now 2020's favorites for our latest in Now That's What You Call Heavy Rock! Melancholy Sky by Fading Chalk!"

<Song> "Of colors of our pain Fate's blue ribbon entwines, dozens of lives across the line.

Her skin lies white in my arms as falling snow makes splashes in Time's pool, blue butterfly, what would it take to erase the Clock's Forbidden Jewels?

We hate what we once loved as we fall in dissonance.~"

It's a depression song about a man who loved everything, until the one thing he loved most disappeared, and then he turned his back on hope,

and forgot the feeling of fear but security in the same breath. He was afraid to love, and afraid to let go."

<Sora> "Mostly anything by Fading Chalk. They're... representing a lot that goes on within me."

<Monokuma> "As it has neared 7 PM, this is a warning to get in your new bedrooms!"

<Sero> [She left abruptly with her quiet sister tailing her.]

<Sero> [I guess I should get going too. How did I possibly stay here for that much time?!]

<Hazumi> "Get yourself out of bed Sero!"

<Hazumi> "And open this damn door! Both Aisho, and Renka are missing!"

<Sero> [I open the door to find Hazumi, and Tatsumi standing crossly outside.]

<Sero> "They're probably just sleeping somewhere else. And Aisho is the gatekeeper. She's probably closing the gate."

<Tatsumi> "We searched everywhere but the cabin. What's the chance both of them are in the same place?"

<Sero> "Fine, let's go, since you're elsewise going to accost me all night."

<Sero> [As we neared the cabin, I saw candlelight flickering in the window. Was there a chance they dragged me out for nothing at all?]

<Sero> "Hello?! Is there anybody there that might want to stop me from getting dragged places when I'm asleep?"

<Sero> [There was no response. The candle flickered and then went out with a single gust of wind.]

<Sero> [We stepped inside the threshold, when I heard a loud 'thump!'.]

<Hazumi> "That's really creepy. I think it's coming from the suite."

<Hazumi> "Thought you said you didn't care if anybody died."

<Hazumi> "Well, open the door big tough guy. I can't do anything with this body."

<Sero> [Tatsumi easily opens the doors with no resistance. It was too dark to see anything at all, but Tatsumi apparently was prepared. He grabbed a bundle of something from his pocket.

Soon enough a warm glow lit the room. A body with a stab wound running through it's neck was collapsed face down in blood.]

<Sero> [She squinted closer. I realized her eyesight was worse than I had noticed.]

<Sero> [I looked at my tablet as it bleeped.

~Killed by a stab wound to the neck.]

<Tatsumi> "Her keys are right here."

<Sero> [He held up a blood dashed ring. The injury on her neck was messy and tore up tissue. It looked as if the killer had to grind it into her neck.]

<Hazumi> "That's weird. Where is the killer? They couldn't have gotten out of here with the door chained shut."

<Tatsumi> "Easy. I just hope somebody else died first."

<Hazumi> "That's sick. And what do you even mean, bastard?!"

<Tatsumi> "Otherwise, because of your command, I killed her, unless she was already poisoned. The killer had no need to be in here. All they had to do was knock her out, and poison her.

When someone opened the door, a knife propped between, would drive into her neck thus killing her. That's why this wound is so messy.

The killer doesn't seem to want to get out as much as save their family. Or maybe they are just kind of stupid to think this ruse would help."

<Sero> [I watched as he dipped his finger in her blood.]

<Tatsumi> "Warm. Damn it. We need to investigate the other rooms, the woods, and the lake."

<Tatsumi> "Don't look at me. You're the one who told me to open the door, and somebody else planted the blade."

<Hazumi> "As if that justifies anything!"

<Sero> [I yanked with all my might on the storage door, until I flew backward and it creaked open. Renka hung by a rope.]

<Hazumi> "What do you mean?! Are you really that bloodthirsty just to save your own butt?"

<Tatsumi> "That;s even better. I was saved by three minutes."

<Sero> [Hazumi tried to punch Tatsumi, but he moved out of the way within seconds.]

<Sero> [As Tatsumi got into the distance, she turned to me.]

<Sero> [She continued fuming and spouting insults. I feel angry too... I want to murder him for acting such a way. But I shouldn't. I've felt the same each time somebody died.

I couldn't let that be me under the executioner's axe. So it was natural to become somebody else.]

<Sero> [She spat at the ground, blowing him off.]

<Hazumi> "Back into the gloomy old cave. Wonder if the stone columns will ever be replaced."

<Sero> [Yeah, I doubt that. The mastermind seems awfully intent to torment us.]

<Tatsumi> "Finished whining about me in the corner?"

<Hazumi> "Of course not! You killed somebody!!! Is it already the trial?! What about investigating?"

<Sero> "How is that possible?"

<Asuko> "Somebody blocked the door off. Jiji assumed it was one of you."

<Hazumi> "Of course that butthole thinks it's one of us! I bet he did it!"

<Asuko> "I'm not certain that's possible. He stayed here, refusing to investigate for the most part. Said he didn't care."

<Hazumi> "I definitely don't care if he dies because we guess wrong."

<Asuko> "Let's go straight to relaying what you three learned. The trial can't go anywhere without a driving force."

<Hazumi> "Well, Renka was the first to die, in the storage room. A little whiles later, that jerk accidentally killed Aisho."

<Jiji> "How can you accidentally stab anybody? I'm sure he did it on purpose!"

<Tatsumi> "I didn't, and I wouldn't. That would be stupid to do something like that in front of two people, given we can only kill up to two."

<Kenji> "Especially given if you didn't even know if somebody else had died yet."

<Sora> "Is that all that happened?"

<Sero> "It must have occurred at least an hour earlier, given by the state."

<Jiji> "Who would bother setting up a trap when they could've just killed them on scene though? What if it failed? It was probably done at the same second."

<Nagisa> "Perhaps so they could have an easy trial, where they knew who to blame later."

<Shiaru> "Excuse me for asking, but does this point at all towards the true culprit? Would it just be smart to randomly accuse somebody? I'm sure you have more evidence than that."

<Kirato> "At the least this doesn't seem collaborated. It would be foolhardy to murder them in such a way then."

<Sora> "We need more evidence. I'm not allowing my sister's death be in vain, or mocked. Iseika can shut the heck up, so we can hear somebody more useful talk."

<Asuko> "Can you all confirm that you weren't at the cabin during when the two were murdered?"

<Shiaru> "Most were with at least one other person up to 8:30, so we should just review the groups."

<Shiaru> "I was with Asuko for the most point, until we separated to go to sleep."

<Tatsumi> "I was with nobody, as you should expect. But I was holing up in the weapons room on the ship if you need to know."

<Hazumi> "I can confirm that. He tried to murder me as soon as I stepped in to get my own weapon for self defense."

<Tatsumi> "You screamed 'who are you' and pointed your freaking knife at me, so my reaction was natural..

<Kirato> "I was with Sora, skywatching."

<Nagisa> "I was by myself recovering."

<Sero> [Nobody seemed to be able to debate with this statement, as it was certain that she couldn't go literally anywhere.]

<Kenji> "I was by myself watching the door directly, until I spotted Jiji coming in, who decided to be an annoying pain the entire time.

He saw me playing solitaire and bugged me to play, even though I'm certain he doesn't even know what card games are, since it's solitaire and all."

<Kenji> "Well, we wound up playing a cardgame anyways, and he tried to cheat every two seconds so I put him on the opposite side of me."

<Tatsumi> "Great. Everybody has alibis. This is a waste of time. We have to guess which two are lying."

<Tatsumi> "You literally just backed me up. And now you say it's my fault?"