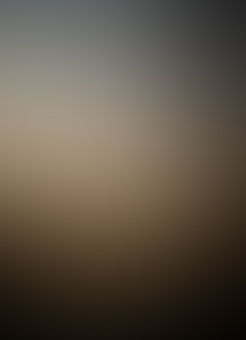 <Hazumi> "What's with these doors?"

<Sero> [She stares at the ripped open doors. Oops.]

<Renka> "Ew. Will somebody clean this thing up? I'm hemophobic you know."

<Jiji> "All the more reason for us to leave it there."

<Sora> "We're leaving it there Saota. It's evidence."

<Shiaru> "There was something interesting. Just listen to Yajima during the trial. He will explain, along with Atura. One of them must have done it."

<Hazumi> "You're serious? It's solved that easily?"

<Hazumi> "Er anyways... can I examine the body? I might find something interesting about it."

<Kirato> "Go ahead, but all we found was blood, and crushed stuff, unless you need the bracelet for some reason."

<Sero> [Renka nearly barfs, staying as far away as possible, only to notice the stained spades and letting out a cry.]

<Sero> [Wait... she wasn't actually a healer, right? What could she possibly do except fail to uphold her lie?]

<Hazumi> "I found something."

<Sero> [He coughs violently, and then steels himself.]

<Hazumi> "The arm was messily hacked off with multiple hits in the same place. It doesn't look as if it was done by the culprit, or else the culprit did it when he was already dead.

So maybe he was trying to free himself from something."

<Renka> "From what? Elevator doors?"

<Sero> [He blurts this incredulously. I'll admit I'm just as confused, but it's not like Hazumi is wrong.]

<Sero> [At least... I hope so. My attention is caught by Aisho, who is talking to Sora.]

<Aisho> "I don't really know what happened. They could've tried to escape... Maybe Nagisa got his lame arm stuck in the soil, so they hacked it off to save him.

But they were no doctors, so he died. Or maybe it got caught in the elevator. Either way they disposed of him after they realized he died."

<Sero> [So far, their theories are very different Kirato thinks that at least one of the killers was a spy and Nagisa planned to report them. They were originally trying to escape the tunnel.

Hazumi thinks that the culprit cut it off when he was dead with the shovel since they couldn't do it in one swing. Maybe he was holding something they wished to take.

Aisho thinks that Nagisa was trying to escape with two others, he got lanslided, so they freed him, but accidentally killed him from blood loss.

But it could be that Nagisa didn't actually have lame arms. He just faked it. He had a fight with the other person he was escaping with when the plan didn't work, and they killed him.

It could be Yajima's fault. He is the only one I believe Nagisa would escape with.]

<Sero> [Suddenly, she cuts in, and doesn't make sense anymore.]

<Sora> "The culprit could have cut off their own arm. And his. Or it could be a doll's. It's just to confuse the case in some way."

<Jiji> "Who would be crazy enough to do that?!"

<Kirato> "Good idea. Some people are truly desperate, since a bleeding stump is better than execution if they are caught."

<Shiaru> "You are welcome to exit the room. We have five other investigators than you."

<Sero> [The boy disappears and goes back down the elevator.]

<Monokuma> "Investigation time is up! Head down to the trial room!"

<Shiaru> "I suppose we couldn't have found anything more. Let's go."

<Sero> [The trial room is as uncomfortable as I remember. Atura, and Yajima shift nervously in their seats, and I can only guess why, with the evidence that supposedly pointed to one of them.]

<Yajima> "Atura killed my brother... but only in self defense..."

<Sero> [The tension in the room climbed quickly.]

<Sero> [Everybody stared at her. What were they doing?]

<Atura> "Talk. Yeah, just talk. Actually, I just invited Yajima, but he invited Nagisa, and it only went downhill from there. Nobody told me Nagisa was schizophrenic."

<Sero> [I remember. Nagisa told me. Only me though. I didn't really know what exactly she meant though.]

<Atura> "So I wasn't prepared when she attacked me, yelling for me to die. I thought both sisters actually intended to kill me.

I only recognized her by the glint of her bracelet, and her voice, so I swung the shovel I had kept on me as a defense weapon."

<Atura> "It killed her. Instantly. I ran down here, pretended nothing had happened, and hoped to dear God Yajima would understand my actions and predicament."

<Jiji> "Shovel? Then why are there two? Why are both bloody? And who carries shovels around?"

<Shiaru> "Clearly, they were trying to escape but Atura didn't want to say it."

<Sero> [For once, the quiet brooding boy spoke.]

<Tatsumi> "Then how did she get on top of the elevator? Crushed even? I'm thinking Yajima symphasized with you and shoved her own sister on top so none of us could see.

But why would she point it out then?"

<Tatsumi> "Plus, hitting somebody upside the head doesn't cut off arms."

<Asuko> "It appears a third party would've seen them and done that. Either before the investigation, or during.

I never investigated, I just watched who went in the elevator when Monokuma announced it. And you were the first one. So either you did it, or it was done before."

<Tatsumi> "I didn't do it. Can we just debate who cut off the arm?"

<Shiaru> "If we already know the culprit, why does it matter? Are you trying to mislead us?"

<Tatsumi> "Are you the third party?"

<Kirato> "At this point, we're going to have to station one person to sit at the elevator intersection with the bedrooms to watch what happens during the night."

<Hazumi> "Not sure anybody wants to sign up to be number one victim."

<Monokuma> "Are you kids ready to vote?"

<Sero> "Yajima and Atura need to give their full accounts!"

<Renka> "Mind me asking, but why are you so sick?"

<Yajima> "Atura asked me to come upstairs to the upper tunnel so we could escape using the shovels she had stored there previously.

I brought my brother along because we needed to escape together. I couldn't fathom abandoning him.

KH! When we were both in the tunnel, Nagisa got an attack, and yelled that he would kill somebody. I don't know who, but he went for Atura. She killed him in defense...

That's all I really KAGH! GK!"

<Atura> "Give him a break. Neither of us saw who moved the body. It was probably Asuko who did it. Maybe he hoped to get the 'escape token' himself.

To be honest, I can't take it myself after what happened."

<Shiaru> "Yajima, would you mind explaining how you got your injuries?"

<Yajima> "The shaft... for some reason was open after she had already went down. We both fell through the doors. I broke both my arms... and he got the worst of it.

Sorry I couldn't explain sooner. We had expected an elevator. No. The doors were open, but the elevator wasn't there."

<Asuko> "Are you sure it worked that way? Somebody must havde hijacked it for the doors to stay open."

<Sora> "So two different people could have still killed him. The fall, or the headwound. And 'blow from heavy object' could be 'blow from stupid elevator ceiling.

' But who I want to blame- Iseika! You're the only one who knows mechanics! Where were you last night!?"

<Jiji> "You're- you're lying! I wasn't anywhere near the elevator! Yajima, Yajima must be lying!"

<Sora> "Do you have any evidence Kazuki?"

<Sero> "Your arm is bleeding a whole lot from a 'break' it looks more as if it were hacked off. By who? Somebody who can barely lift their arms. Nagisa."

<Renka> "Are you saying a knocked out person cut off both their arms? Why?"

<Jiji> "So they're both conspiring to throw us off?"

<Sero> "Who would cut off the same arm of both twins, except the twins themselves?"

<Sero> "The survivor is not Yajima the surgeon. She would have done it more precisely."

<Sero> "Remember how Nagisa can't use his arms? But Yajima can? Nagisa didn't want to get caught for the fact that somebody would know that Yajima could use them.

If people blamed Yajima for being the culprit because he's quota quota alive- then Nagisa would survive. An arm being quite a small price to pay."

<Yajima> "That doesn't make any sense. KAGH! Why are you accusing me of murdering my own sister?!"