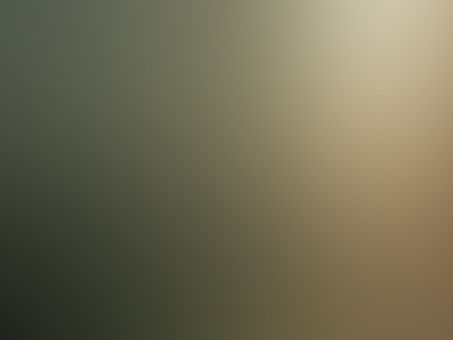 snakequeen Community member
Autoplay OFF   •   2 years ago
Transcript Use Images
And the climax escalates even more with these two difficult mysteries... I'm sorry about any chop up in the writing. It basically is copied and pasted from my main script and edited to make it less obvious but include all evidence.
fanfiction horrormysterydangan ronpadanganronpa scariest dangan ronpa fanfictionscariest danganronpa fanfictionlgbtq mystery fanfiction

Danganronpa: A Collection of Scattered... Mysteries 5-6

A Shot in the Dark

<Tatsumi> "There's a new floor, Sero-kun. And I also need to interrogate everybody where my gun went."

<Sero> [We moved into the next room, which supplied a kitchen. Finally, a real kitchen. But where's that bear getting all the food from? I mean, these haven't rotted yet.

I picked up a perfectly shiny apple, and took a visual sweep of the room. Apples, oranges, and bananas sat right under the fire sprinkers, and more bins of fruits, and vegetables dotted the room.

<Sero> [I peered into the greenhouse. It's window lined right up with the stairs, and unmistakably a water systematic box. ]

<Tatsumi> "I don't get it. I'm the only one without a clear memory. I almost feel like I'm just a program in a game, and I've already past my time. That I'm dead."

<Shiaru> "I think you're past your time, my friend. Go somewhere else, and bug someone else- about whatever it is that you want to talk about. Sero is staying here for his own protection."

Sero> [BANG! A gunshot rang clean through the air, and a bullet whizzed past my ear, missing me by a few inches. I tumbled down the stairs tangled in Shiaru's limbs, and started coughing.]

<Sero> [Asuko got two new ones, gave one to me, and took a huge bite of the apple to show just how fine the food was, and how stupid Kirato was.

His faced turned green, and then he started vomiting. Hazumi rushed to his side.]

<Sero> "I was Shiaru-san the entire time yesterday, after exploring with Tatsumi. Tatsumi and I went to every one of the rooms, except the ones that Monokuma destroyed.

At the greenhouse Tatsumi argued with Shiaru-san after the ladder Shiaru was on nearly crushed me, and Tatsumi saved me.

Shiaru-san won, and Tatsumi exited the room to search for his gun that had been stolen."

<Sero> "I exited the greenhouse after a few hours because the heat had been getting to me.

I spotted a match box, and picked it up as evidence, but at the minute whatever was in, on, or near the box got into my lungs and I became delusional."

<Tatsumi> "I'm going to ignore that. Anyways, I was up the entire day. I explored, ate breakfast, then made Sero investigate with me.

I noticed my gun was gone at 3:32 when I came back from investigation. Somebody blew the lock on my door."

<Tatsumi> "After you tried to kill Sero- by my view; I went back to my room, and spent a bunch of time fixing the lock."

<Tatsumi> "After jamming my door, I went to sleep until 7:00, and then I headed out for a walk around the first floor. At 1:00, I ate lunch out in the woods.

At 11:00 I went back to sleep in the cabin, after pretending to enter my room, and exiting the window. Hence I spent a lot of time today drying off."

Fish and Visitors Start to Stink After One Trial

<Sero> [I yanked out my ID, and furiously tapped the screen.

~Killed by strangulation. 90 degree stab wound runs between back shoulder blades. He has an old scar on his right arm, though it seems unrelated.]

~Kirato: Shattered picture frame of Tatsumi's family (Why does he have this?!)

~Rope is tied onto windowsill (Escape, entry, or execution?)

~Broken computer (By water) (This is weird. I don't think I have a computer.)

~The door was previously locked. It was opened by a keycard that wasn't passed out to any of the participants. (This Tatsumi's?!)

~He was holding the invite to Hope's Peak Academy in his right hand. (Great... I think this is the only reason we found out what his Ultimate was, stingy jerk.)

~Hazumi: Some weirdo named Zitz Heinz just showed up. Does he even have an Ultimate?

~He doesn't seem to know how to use this thing. We locked him out of the room, time being.

~I think he's the killer obviously.

<Zitz> "I'm really sorry about the Kagewa Tatsumi, dude. Was he your friend or something?!"

<Sero> "Monokuma, why did you introduce a stranger here? He's not even part of our class!"

<Monokuma> "Er... well... Zitz... is a surprising new addition. He wasn't supposed to be here. He just showed up on the top floor that I hadn't even explored! Can you believe it?!"

<Zitz> "Ahaha. Sorry. I was locked in one of the rooms up above, Sir."

<Kirato> "You! You're guilty completely!

Since I was literally sleeping in the same bedroom with Hazumi, and Nagisa and Sero were trapped downstairs, you were the only given one to have committed the crime."

<Sero> [He laughed while scratching the back of his head. Why is he so optimistic? He could cause us all to die, if his testimony is flimsy.]

<Zitz> "Why would I use a rope that frays that much to strangle somebody? That would be stupid!"

Vote who you think it is if you haven't already read the 'Summit' of this series.