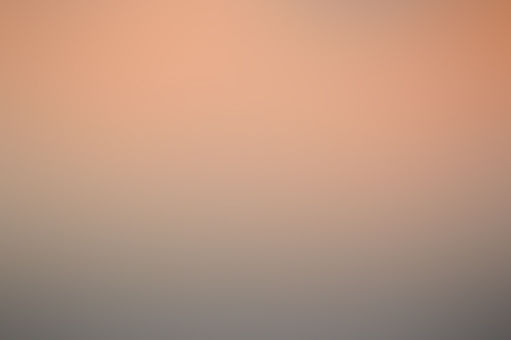 snakequeen Community member
Autoplay OFF   •   3 years ago
Transcript Use Images
The character’s stats began going up and down, and settled on my exact personal attributes, I was sure. Intelligence: 88, Speed: 6 mph, Strength ?, height 5 feet, 2 inches, weight: 98 pounds. What type of tech was this? My character stubbornly would not change from it’s blank state, despite me clicking all the characters. I must admit.
thriller video-games

The character’s stats began going up and down, and settled on my exact personal attributes, I was sure. Intelligence: 88, Speed: 6 mph, Strength ?, height 5 feet, 2 inches, weight: 98 pounds.

What type of tech was this? My character stubbornly would not change from it’s blank state, despite me clicking all the characters. I must admit.

I’ve played games a lot but, I’ve never seen one with coding this complex. I hoped the rest of the game will go as planned however. I hit the start button, and waited for the game to start.

Thwomp! I fell and landed ungracefully in a heap. Ow! That actually hurt! Why does it have to be so real? Well it was an MMORPG.

I just hoped not everything would feel this real, because of the genre of the game. Most horror games, the characters die.

I was in a weed-choked lawn, where the plants came up to waist height. A balcony overlooked the patio-entrance, and a tall flagpole creaked back and forth in the wind.

A gray dome went over a towerish area of the mansion, and wide windows reflected the sunlight as it flickered through the gloomy clouds overhead.

Tall trees loomed above the yard I was standing in. I suddenly snapped back to reality- I needed to pay attention! I couldn’t go dozing off in a horror game!

Oh, great! I completely forgot to check how to play! I clicked the menu to see the game description. For a while I thought it was just me, horribly searching for it.

But after five minutes, it was pretty obvious it wasn’t there, (I clicked every button possible.) Huh? It wasn’t working.

Even the log-out sign was gone! Oh, great—game glitches on the first day I get it. I wonder how the other players would feel about this.

A letter mysteriously appeared in my hand— but hey, it’s a virtual reality game. I just hoped there wouldn’t be any other glitches in the game.

Welcome to Horror House, where you don’t know where reality ends and the game begins! You are hereby declared an Ultimate Lucky Winner in this game.

Therefore, you are promoted to special feature Beta Testing, which actual playing begins in five days. The authorized twenty-minute test will occur. Please stay seated until then.

Do you want a tutorial?

I clicked yes, but the irritating button clicked no. What!?!? Come on, like it wasn’t annoying already that I had forgotten to read the instructions.

I guessed this was the point of having Beta Tests, geez, somebody better fix those menu glitches. Would you like to purchase upgrades? I clicked no, and this time it worked. Thank goodness.

I couldn’t afford to be purchasing upgrades! Kyoyu didn’t tell me about the features in a Beta Test, but I guess that’s why the menu is gone.

I, however, thought that there would be at least some warning or a button to click.

I entered the mansion. And felt nervous at the prospect of playing against others without a hint of a tutorial. Maybe no one else had a tutorial either.

The thought comforted me, but I was still a bit annoyed at the Beta test model. But at at least if no one else had a tutorial, I had a chance of winning despite the menu issues.

Already, there were twelve others there. A list of names appeared over each player.

There was this boy with a scowl—he looked so snobby!

; A hot girl with red hair standing a bit impatient at the door,

reciting something about the game; some boy just smiling like an idiot; a girl redoing makeup—I didn’t even know that modification was possible!

; some boy sleeping like he couldn’t care enough to play this game; some guy eating ; Some boy running in circles around two kids who looked equally exasperated; Some girl blushing like

a weirdo just because some other guy was yelling. And, some guy that I only noticed because of his name tag with a huge, weird coat.

Were any of these guys even gamers? Wait… why in the world did I look like myself? My reflection bobbed up and down in the dusty window.

Blond hair and black eyes, as well as a black T-shirt were visible through the reflection. Everybody seemed on their toes, not knowing what was in store for them in this horror game.

I wondered what the girl was reciting and tried to listen in to see if it was instructions, just for her to walk away from me. Maybe she just didn’t want me to be listening in on her?

The guy who was half asleep raised his hand… “How about everyone introduces themselves, or why they are playing this? You know, get to know each other.” Good idea.

Maybe then I would get a chance to learn who the other players are. Maybe it would make up for the fact, that I didn’t even read the instructions. Oops.

It would also mean the players get an advantage over me. Never mind that. There was no point, but I got some hope I would at least last until the mid-game.

A stunned silence follows this; everyone had seemed to be wanting to just play the game, not introduce themselves, but someone had asked and it was only polite to respond to them.

Besides, it couldn’t hurt to talk to the other players, considering you could only interact with them. It would give you a feeling of knowledge about the others and their playing styles.

Whether they targeted the weak people, or went after the good gamers. Whether they were newbies, or grandmasters. Whether you should stay clear of them, or team with them.

Whether they were helpful to talk to, or not. Maybe everyone was actually going to give introductions!

“Okay fine!” yells “Kesler”: “My name’s Kesler Ingrid, as you can see.

I usually go by the Fang on Youtube--anybody?” Nobody seemed to remotely know if they should pretend to understand what he was talking about or not. “You’re all so boring.

How come none of you know anything about me.

I have the legendary pranks remember?

! Anyways, I like to play truth or dare and I came here to play the game, I mean because it’s so awesome! This new game’s supposed to be a roller coaster of screams- and it will be exciting!

I came here mostly for the thrills, so I don’t really like introductions. It’s awesome to hack skins, but the game won’t let me.” He. Came. Here. To. Hack. Skins.

Seriously? Was he even trying to play? Or just annoy everyone by gaining an unfair advantage in the game?

“Uh- Okay… I’ll go.” Hess steps forward. “M-My name is Hess Sun, and I played this… so- so i could be more courageous.” She seemed a little more reassured when nobody laughed.

“That’s all?” asked Kesler. “Seriously? Are you antisocial or what?” snickers at his own joke. I decided to go before Kesler could make any more comments. Hess blushed from the insult.

“My name is Simon Winchester, and I’m doing this on my birthday. This is my first time playing an MMORPG, and I’m kind of new, but I think I’ll be good at it.”

Kesler interrupts. Again. “Oh, cool! Looking forward to seeing you on some jumpscares- but you better not be a total noob.” I sigh- wondering if he would ever stop interrupting.

Although it kind of ticked me off that he was calling everybody names.

Jumpscares? Was he actually trying to play the game? And why does he think I want to join in? And why… twitch… does… twitch… he think I’m a newbie? Or even less worth being called a noob?

“Well before the loser takes up any more time discussing how fun it is to troll people in games…” a boy named “Malcolm” gestures to Kesler. Nice. He finally interrupted him.

Although he sounded kind of rude about it. “My name is Malcolm Fanara, but I’m mainly here for PKing… there’s a certain player who’s going down now.

” Player killing? He was here just to wreck other’s chances of winning? Why would players even think that that was fun?

Kesler rolls his eyes at Malcolm, not even caring that he just called Kesler that. I was surprised he didn’t even care about the insult.

I came here because people don’t act as jerks online as much… but I’m reconsidering it now that I have to listen to him rant!” She mimes punching him, glaring at him.

She may not have looked the most scary, but she acted terrifyingly. I sincerely hoped she didn’t actually punch me.

After she pretty much got her point across, she went back to acting like a perfect angel.

Was she the type of kid who was the teacher’s pet and then got everyone else in trouble? Or the kid who pretended to be innocent after she just caused trouble?

Kesler mouths to everyone else ‘I’d appreciate Kesler to stop talking’ mocking her anger at him. A few people think it’s funny but don’t express this out loud, or in person unlike Kesler.

Nonetheless no one tells her what just happened. They probably feared her getting angry at them. I would too. After she looked like she would actually punch someone.

“You’re completely wasting our time with your over the top temper! Who would want to listen to you?!” For once Kesler looks like he agrees, making Linsey happier, and enraging Sherry.

She glares at Kesler, about to hit him, but then notices the real problem Linsey and turns to face her, with eyes, that could have been on fire,

and so annoyed she could have been breathing fire. She would scare even the bravest warrior with that hot temper. But I wouldn’t want to be the one to tell her that; especially now.

“Oh shut it! With size twenty clothing who would want to be your friend, you rich jerk?” Sherry yelled looking like she might explode. So now she was calling Linsey fat. And rich. And a jerk.

It was surely a good comeback with her looking like someone on a magazine for the beautiful, but it was sure to make her heat up, and make the rest of us miserable.